May 15, 2018 Comments Off on Stop attacks on children, UNICEF appeals to warring parties 490 Views

With defenceless children increasingly targeted in conflicts, the United Nations Children’s Fund (UNICEF) has called on all warring parties around the globe to comply with international law and keep them safe from harm. 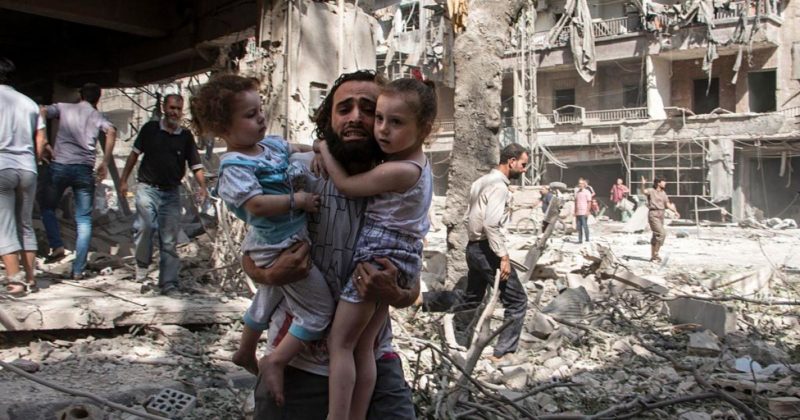 Children caught in the war in Syria

In the first four months of 2018 alone, hundreds of children lost their lives and many more wounded in countries ranging from the Central African Republic to South Sudan, and from Syria to Afghanistan.

“With little remorse and even less accountability, parties to conflict continue to blatantly disregard one of the most basic rules in war: the protection of children,” said Henrietta H. Fore, the Executive Director of UNICEF in a statement on Tuesday, May 15, 2018.

“The rules of war prohibit the unlawful targeting of civilians, attacks on schools or hospitals, the use, recruitment and unlawful detention of children, and the denial of humanitarian assistance. When conflicts break out, these rules need to be respected and those who break them need to be held to account,” she stressed.

In addition to the children caught in fighting, millions more are at the risk of starvation, abduction, child recruitment, abuse and displacement. Many are also losing their lives to deadly diseases that could have been prevented.

The situation is equally worrying in South Sudan, where in addition to displaced and acutely malnourished children, some 19,000 young people continue to be used as fighters, messengers, porters, cooks and even sex slaves by warring parties.

In the statement, Ms. Fore said that in these crises and many more, UNICEF and partners are “doing all they can” to alleviate the suffering of children and their families.

“Despite funding shortfalls we are resolutely committed to serving the most vulnerable. We are vaccinating children, treating them for malnutrition, sending them to school, providing them with protection services, and trying to meet their basic needs,” she said.

ALSO READ:  Half of world’s poor are children, says UN

In a separate statement, UNICEF denounced an attack in north-west Burundi which, according to several reports, deliberately targeted children.

The attack that took place in the Cibitoke province on May 11 claimed the lives of 25 people, including 11 children and came ahead of polls this week in a referendum.

Leila Pakkala, the Regional Director for Eastern and Southern Africa at UNICEF, reiterated the need to protect the young.

“Children need peace and protection, always,” she said, adding: “UNICEF calls on all parties to immediately ensure full respect of children’s right to safety and their protection from violence.”