State of the Nigerian nation, by ActionAid

ActionAid Nigeria (AAN), an organisation committed to the elimination of poverty throughout the world and in Nigeria in particular, commends efforts of the Muhammed Buhari-led Federal Government in combating insurgency in the Northeast and the fight against corruption. It notes, however, that good intentions are not enough and that urgent steps need to be taken to assure Nigerians that Change is not mere electoral gimmick.

In a statement issued on Saturday, AAN addresses three key issues out of several others that are considered to be fuelling worsening poverty and other social conditions that need to be urgently addressed by the Nigerian government and citizens to avoid increasing social tension, anxiety and anarchy that could derail the vision of change on the basis of which Nigerians voted in the 2015 general elections. These are: the state of the Nigerian economy, the prevailing state of insecurity and violence against the Girl-Child and Women.

The AAN works with the poor and the marginalised to demand and promote inclusive governance and development as a strategy for eliminating poverty in a world endowed with enormous wealth, resources and unlimited human capacity. 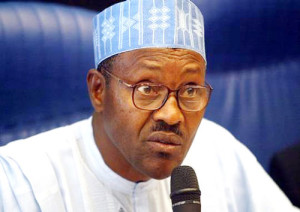 State of the Nigerian Economy

Recent developments in Nigeria have made a review of the health of the nation’s economy rather compelling. The economy in the first and part of the second quarter of the year 2016, based on figures and analysis from the Central Bank of Nigeria (CBN) and the National Bureau of Statistics (NBS) appear to have experienced some decline.  Indicators are that compared to the last quarter of 2015, business activities, manufacturing sector, non-manufacturing sectors, and service sector all have experienced declines. Employment rate has also significantly reduced with raw materials utilisation also on the receding line. Inflation rate is also on the rise, according to the reports.

As indicated in the NBS’s Consumer Price Index (CPI) April 2016 report, inflation has been on the increase with a headline index of 13.7% in April. This increase which NBS put at 0.9% higher than the rate recorded in March this year “was reflected in faster increases across all divisions which contribute to the index with the exception of the Restaurants and Hotels division which increased, albeit at a slower pace for the third consecutive month”.

The core sub-index recorded its highest increase in electricity, liquid fuel and furniture & furnishing. This was attributed to “structural constraints that led to spill overs from higher electricity rates, kerosene prices, and the impact of higher PMS prices and vehicle spare parts.” The Food sub-index recorded its highest increase in fish, vegetable & fruits and bread & cereals. The increase was attributed to “increases in prices of imported as well as domestically produced foods due to supply constraints”.

The Purchasing Managers’ Index (PMI) May 2016 Report of the statistics department of the CBN indicated decline in business activities in the country. Data compiled from purchasing and supply executives in manufacturing and non-manufacturing indicated there was decline in production level, new orders, employment level and raw material inventories. Of the 16 manufacturing sub-sectors studied, 11 showed decline, with only five recording expansion. Just as production and new orders declined in majority of the subsectors, with only five of 16 showing marginal growth mostly from contraction, supplier delivery time in nine of the 16 sub-sectors recorded improvement with seven classified as worsening. Already, there has been significant decline in foreign trade by Nigeria.

Admittedly, at the root of all of this is the precipitous decline of the Nigerian economy which can be explained by its structural weaknesses since independence, worsened by the dependence of the economy on the export of petroleum as the main foreign exchange earner. The recent fall in the international price of the product to all time low price of about $40 per barrel has occasioned a fiscal crisis that has had dire consequences for the management of foreign exchange, the capacity of government to decisively tackle issues of job and employment creation and the overall commitment to Nigerian citizens as evident in official statistics that have been cited above.

The majority of poor and excluded people live in rural locations which are characterised by poor social amenities that aid wellbeing. With inflation rate at 13.72%, rise in fuel price, poor farming techniques and outputs, etc lead to increased health inequalities experienced by women, decline in infant and maternal health, poor income earning capacities, and low access to amenities. This is worst among children especially the girl-child. With poor investments, nutrition intake decreases, access to education and health is denied and access to opportunities to a better life in non-existent.

Impact of the hardship of the economy are already felt across the nation as prices of commodities have since gone up and pressure on the resources of the low income earners and the poor has since risen as established by the NBS. As with the past measure, traced by many back to the 1986 IBB SAP policies, the poor appear to have been paying for the sins of the people who have had the privileges of access to the nation’s treasures. The increase in electricity tariff and pump price of petrol, as cited by the government’s NBS  has impacted on prices of goods, inclusive of food on which it has been established the poor spend as much as 80 to 90% of their income. With the indication of a road tariff to be introduced soon as announced by the Minister for Power, Works and Housing, there definitely will be more pressure on the poor as this will impact on cost of transportation and movements of goods, especially food.

In addition to these hardships, Nigerians are likely to lose confidence in the ability of government to bring about the change that was promised in the 2015 general elections and could erode their confidence in our democracy which appears to show signs of consolidation. AAN calls on the Nigerian government to, as a matter of urgency, pay attention to the following:

Security concerns have remained despite determined efforts by the government to mobilise her own resources and partnerships with the international community to improve the situation. For instance, in the year 2016, the Nigerian military has recorded tremendous successes in the battle against the Boko Haram insurgents in North East Nigeria, although the deadly group has continued its attack on soft targets. Concerns however still exist that intelligence gathering remains weak and is often cited as the reason for the continued bombing of locations by suicide bombers without early notice or detection. Government must remain focused on defeating insurgency in the region and reverse the ugly human security situation including the ravaging of livelihoods of the people and escalating food insecurity as attested to by the Human Development Report (2015) which said that Nigeria and its border countries such as Niger and Cameroon are among the last 20 per cent in terms of key human development indicators. What is more worrying is that Boko Haram and other forms of agitations are tearing at the fabrics of Nigeria’s unity and social coherence.

The rise of ethnic nationalism among some youths in the South East and emergence of a violent group in parts of the Niger Delta area, Niger Delta Avengers (NDA) in the aftermath of the 2015 general elections, have raised new security concern in the country. The NDA, which has resorted to blowing up pipelines, has this year blown up many pipelines resulting in the loss of over 40,000 barrels of crude oil per day, and invariably a reduction in the country’s income.  It is not yet ascertained if the series of bombing by the NDA played any significant role in the current increase in the international barrel price of oil. Meanwhile, the spate of violence and killings associated with the agitation for a separate state of Biafra masterminded by IPOB should be a troubling sign of nation-building several decades after the Nigerian civil war.

The prevailing state of insecurity is further complicated by escalating cases of violent clashes in communities and the dramatic rise in herders/farmers conflicts which moved into the southern parts of the country, beyond the Middle Belt parts of the country as it was previously the case. When added to incidents of kidnapping that have received national attention in many of the southeast states and Kogi in recent times, one will not be surprised that Nigeria once ranked as the most peaceful state now ranks very low in the Peaceful State Index. As it well established by the work that AAN has extensively done across the country, it is the wellbeing and livelihoods of the ordinary citizens who are poor and marginalised that is most compromised in conflict situations. To stem the tide of insecurity and create conditions that will encourage economic growth, development and the survival if Nigeria’s democracy, the following recommendations are pertinent:

Rise in Violence Against Women & Girls

Despite the signing of the Violence Against Persons’ Prohibition (VAPP) Act last year, incidences of violence against women and girls, as well as child abuse, continue to rise in Nigeria. Recent instances include the murder of a woman in the market in Kano for alleged blasphemy, and the rape to death of a pregnant 22-year-old woman in her own house in Kano, the murder of Ronke Shonde allegedly by her husband, the abduction and forced marriage of Ese Oruru, and the brutalising of a two-year-old by his step mother, among others. Targeting of women and girls by armed men and cases of exploitation and abuses of vulnerable women and girls in IDP camps also abound. These incidences spanning domestic violence, sexual violence, and abduction, highlight a lack of safety for women, girls and children in both public and private spaces.

Unfortunately, cultural beliefs and the manipulation of religion and the deep culture of patriarchy tend to whittle the depth of violations of the rights of the girl child and women that the cases highlighted above and others portray. AAN wishes to make the following recommendations to protect the human rights and dignity of the Girl-Child as follows:

AAN is strongly convinced that Nigeria is one country with a huge possibility to eliminate poverty in all its facets considering her immense resource endowment and human capacity, if responsive governance, conflict-sensitive planning and inclusive growth are pursued with political commitment at the highest level and at all levels. AAN will continue to work with the poor who must realise that they have a right to development and must demand accountable governance from their leaders. Among several challenges that face Nigeria and make the realisation of pro-poor development impossible, AAN believes that the present Nigerian leadership, as well meaning as it may be, must address the issue of economic decline and the socio-economic hardships it has engendered, frontally confront the numerous security challenges and urgently protect the Girl-Child and women from the various forms of violence they have been subject to, especially in more recent times.

Tagged with: ActionAid Muhammadu Buhari Nigeria State of the nation 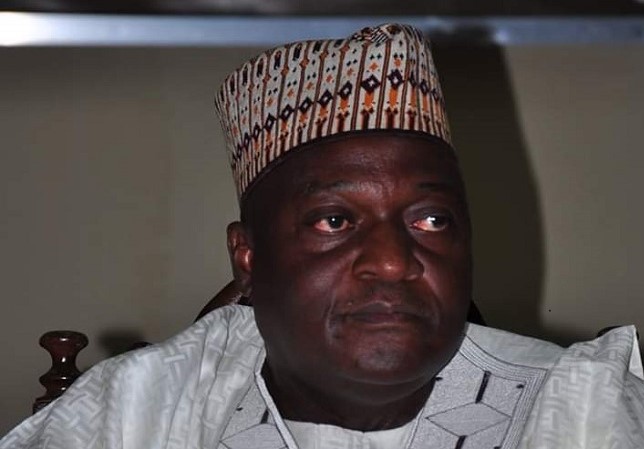