October 1, 2016 Comments Off on Roads used by loggers fingered as major challenge 1,201 Views

When logging concessions are issued with very limited terms, they are often spotlighted by conservationists as harbingers of ecological harm to come. Another serious threat is the existence of logging roads that have continued to damage the environment and forest even after the logging stops. 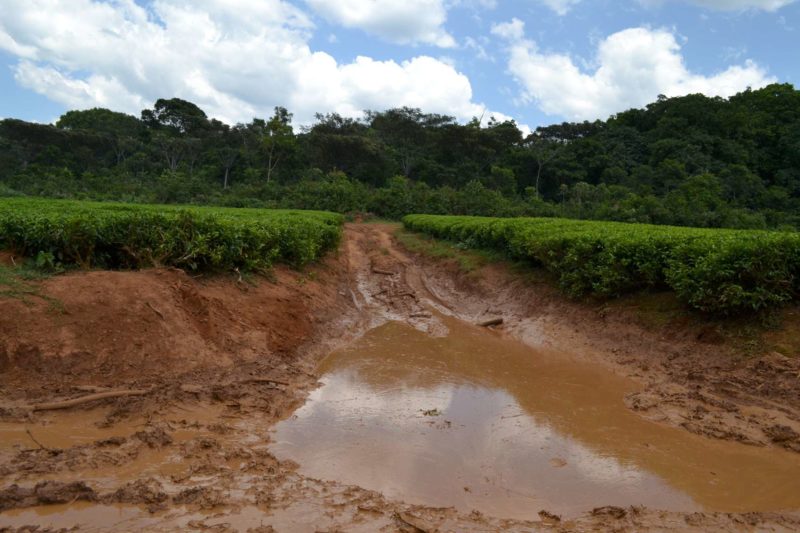 Roads heading to the forest are already dilapidated due to overuse by heavy-trucks, thereby constraining logging activities

A new study by forest experts has found out that logging, both legal and illegal, remains a lucrative business that has contributed to the rapid shrinking of Africa’s rainforests and woodlands.

According to Ajewole Opeyemi Isaac of the department of forest resource management of the University of Ibadan, Nigeria, the challenges associated with logging in the tropical rainforest in West and Central Africa are the root cause of the rapid depletion of forest resources in these regions.

Key among these challenges is bad governance with limited term timber concessions that breeds corrupt practices, poor planning and management.

He said there was lack of transparency in commercial transactions with corrupt officials granting concessions to cronies without regard for the environment or consideration of local people.

The study also highlighted the construction of logging roads to reach forest resources as destructive factor to the ecology in its own rights.

“Logging roads have long term destruction of forest as it encourages settlement of previously inaccessible forest lands by speculators, land developers and poor farmers,” he said.

Other studies experts say have found out that along these logging roads and landing areas, the soil increasingly becomes more dense and compact with slower water infiltration than in the surrounding, untouched areas of the forest.

According to Stephen Anderson, a professor of soil science at the University of Missouri and co-author of the study published in Geoderma and conducted by researchers at the University of Missouri in the U.S., “This can cause many environmental challenges in forests because dense soil prevents rainwater from soaking in, triggering run off and causing erosion. This erosion can carry fertile topsoil away from forests, which enters streams and makes it difficult for those forests being logged to regenerate with new growth as well as polluting surface water resources.”

The repercussions, the study says, can last far longer than the logging itself. The researchers found that logging roads and log landing areas were significantly denser and less able to absorb water four years after timber harvesting had ended. This can detrimentally affect the ability of logged forests to regenerate, the study revealed.

Researchers at the African Forest Forum agreed that logging roads around the in many countries in the continent are piercing farther and farther into once-untouched forest in the quest for timber.

“Logging roads are a major threat and cause for concern,” noted Nganje Martin, consultant with the African Forest Forum. The scenario is the same in Africa just like other forest areas in the world he pointed.

In the Republic of Congo, the forest monitoring platform Global Forest Watch shows a large network of logging roads spreading through Congo Basin forest over the past few years.

The multiplication of such roads, experts say, are caused by illegal logging triggered by poverty, weak governance and absence of sustainable forest management.

The developments, the experts say, have devastating consequences such as loss or degradation of forests resulting in the loss of habitats and biodiversity, significant loss of government revenue, loss of future sources of employment and export earnings.

The African Forest Forum accordingly seeks to generate and share knowledge and information through partnerships in ways that will provide inputs into policy options and capacity building efforts in order to improve forest management in a manner that better addresses poverty eradication and environmental protection in Africa.

Like Loading...
2016-10-01
admin
Previous: Nigeria at 56: Our lies against independence leaders
Next: Gabon rallies Africa to combat illegal fishing