“Agriculture remains a key sector that plays major role in poverty reduction in Lagos State and Nigeria at large, and both (Lagos and Nigeria) can contribute to climate change mitigation and achieving sustainable peace for growth and development with total commitment.” 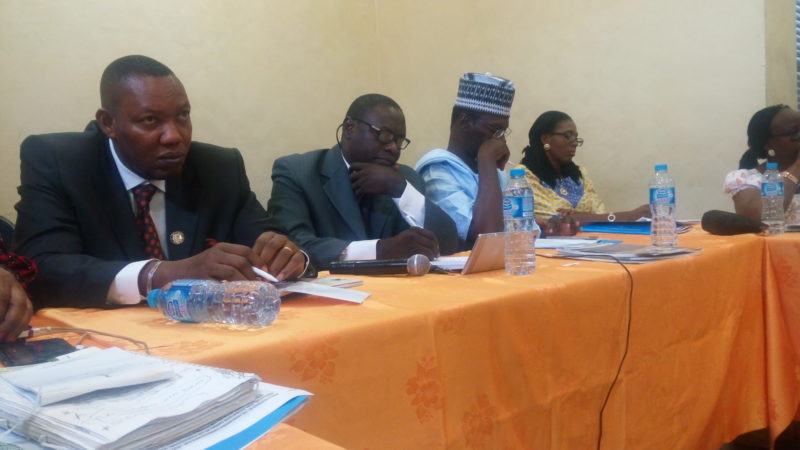 These were the words of Lagos State Commissioner for Agriculture, Oluwatoyin Suarau, at the stakeholders’ workshop organised by West Africa Network for Peacebuilding (WANEP) – Nigeria on Thursday, October 19, 2017.

He was represented by Oke Olumuyiwa at the event themed: “Impact of Climate Change on Small Scale Farming in Lagos State” held at Regency Hotel, GRA, Ikeja.

According to him, climate change is no longer a new phenomenon, but people do not still work towards mitigating the effect, citing the engagement in climate-unfriendly traditional practices.

He noted the impact attributable to climate change on agriculture in Lagos to include: increase in temperature (both soil and water), change in rainfall pattern, shift in agricultural season and pattern, erosion, and sea level rise. 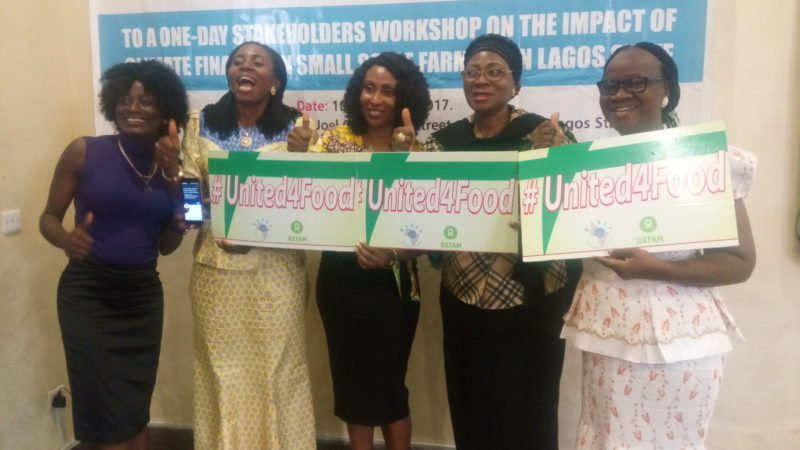 Ogbonge Women and workshop organisers campaigning for United for Food

Since the pattern of agriculture has changed, he made case for more funding in agriculture in order to address the changes and produce more food, thereby reduce poverty.

In her presentation at the event, Lagos State coordinator of WANEP, Titi Akosa, noted that national budget for agriculture this year was just 1.6 per cent against the recommended 10 per cent by international organisations Nigeria belongs to.

“In view of the few afore-mentioned, among other initiatives and interventions of Lagos State Ministry of Agriculture, you can see that we are totally committed to reducing poverty and achieving Sustainable Development Goals (SDGs) in Nigeria,” he said.

ALSO READ:  World’s vulnerable: We refuse to be sacrifice of international community

In her welcome address, national network coordinator of WANEP, Bridget Osakwe, had asserted that development is elusive where there is hunger.

She believes in the age-long saying that a hungry man is an angry man. For her, where there is no food, there is no peace, and without peace, there is no development.

In his goodwill message, Special Adviser to Lagos State Governor on Food Security, Ganiyu Okanlawon, said in addressing human security, agriculture and food security must be looked into, adding that tackling hunger would minimise social ills.

One of the participants, Wale Oyekoya, said Governor Akinwunmi Ambode “has been one of the listening governors of Lagos”.

The commercial farmer and media analyst believes that Nigeria has no business importing food.

He, however, lashed federal government officials who mooted the idea of exporting yam without working on standardisation of the produce.