Two years after it was agreed on, Nigeria may this year eventually ratify the Minamata Convention on Mercury, a global treaty aimed at protecting human health and the environment from the adverse effects of mercury. It was agreed at the fifth session of the Intergovernmental Negotiating Committee (INC) in Geneva, Switzerland on Saturday, 19 January 2013. 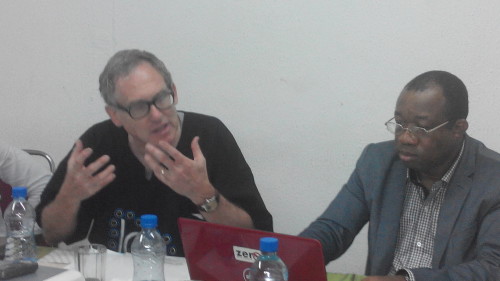 Underlining the need for Nigeria to ratify the Convention, Charles Brown, president of the World Alliance for Mercury-Free Dentistry (WAMFD), said recently in Lagos that the treaty’s emergence entailed a four-year process of international meetings or INCs that held in 2010 – Stockholm, Sweden; 2011 – Chiba, Japan; 2011 – Nairobi, Kenya; 2012 – Punta del Este, Uruguay; 2013 – Geneva, Switzerland; and 2014 – Bangkok, Thailand. In 2013, a Diplomatic Conference held in Kumamoto, Japan. This year’s INC is expected to hold in Jordan.

While acknowledging the role of the Africa region towards making the Convention a reality, Brown opined that ratifying the treaty is a “great” opportunity for Nigeria to lead, even though four other African nations (Gabon, Guinea, Djibouti and Seychelles) are already Parties to the Convention.

“We want to leapfrog past the amalgam stage to mercury-free dentistry. There are really no opposing views to the Convention in Nigeria, we are simply experiencing institutional delay, and I’m positive that that will be resolved shortly and it will be ratified,” said Brown at the “Nigerian NGO Strategy Meeting on Phasing Down Dental Amalgam Use” held on Saturday, April 18, 2015 in Lagos. Organised by WAMFD in conjunction with SRADev Nigeria, the day-long forum had “Towards a concerted and proactive effort to phase down dental amalgam use in Nigeria” as its theme.

According to him, the WAMFD is a US-based coalition of consumer, dental and environmental organisations working together to phase out amalgam use, while serving as a resource for nations working to implement the Minamata Convention’s amalgam phase-down measures.

Dental amalgam is a tooth filling material that is approximately 50% mercury, which is believed to be a highly polluting neurotoxin. Nations around the world are working to phase-down – and ultimately phase-out – amalgam use chiefly because dental mercury pollution is significant, mercury-free dental restorations are available, and the Minamata Convention on Mercury requires the phase-down of dental amalgam use.

Leslie Adogame, executive director of SRADev Nigeria, said: “Nigeria has signed the treaty. But, by signing, it merely shows that you are part of the process and you stand by it. Ratification however means that you are now a Party and ready to domesticate it by, for example, making local legislations.”

According to him, Nigeria became a signatory to the Convention on 10 October, 2013. “The Convention highlights actions to reduce mercury emissions to the air from identified sources, reduce the use of mercury in products and industrial processes, and to address mercury supply and trade. In addition, it contains provisions to address the severe and growing problem of mercury use in artisanal gold mining,” he added.

Adogame pointed out that the signing of the Convention would enable Nigeria to: