The African Development Bank (AfDB) Group has joined the international community to commemorate World Wildlife Day on Saturday, March 3, 2018. AfDB’s Director of Climate Change and Green Growth, Anthony Nyong, speaks on what the institution is doing to protect one of the continent’s most precious resources – its wildlife. Excerpts: 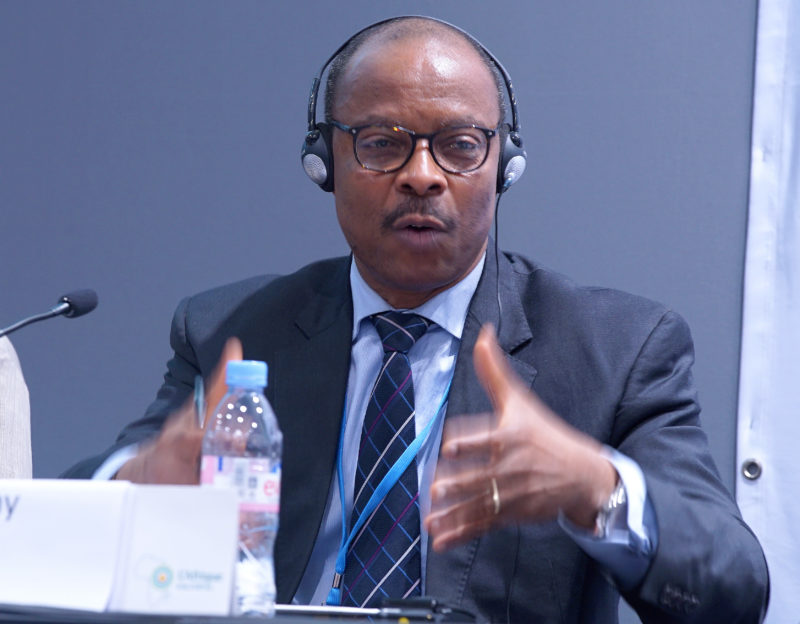 The AfDB and the World Wide Fund for Nature (WWF) have partnered since 2011 on issues such as climate adaptation, mitigation, biodiversity and ecosystems. In what way has the bank concretely benefited from this partnership?

Combating illegal wildlife trafficking is important to the AfDB. Illegal wildlife trafficking undermines legal trade, deprives many governments of revenues and taxes and threatens national and regional stabilities. The degree and extent of violence perpetrated by the criminal networks that run the trade threatens peace and the rule of law and undermines Africa’s potential for development. In many African countries wildlife tourism plays a very important role in local and national economies and a decline in wildlife numbers threatens not only the livelihoods of vulnerable communities who are dependent on this sector but also the sustainability of national economies.

Wildlife trafficking impedes efforts by African governments to halt other illicit trades, such as arms and drugs. It fuels organised crime, corruption, undermines the rule of law and compromises regional security. The AfDB calls for global support to end this criminal menace not just in Africa but all over the world.

The threat that illicit wildlife trafficking posed to the development achievements that Africa has made in the last few decades, led the AfDB in partnership with WWF to organise a high-level side event at its Annual Meetings in 2013. The event brought together key players – including professional organisations and policy-makers – to adopt the Marrakech Declaration that supports actions to build a global consensus on and strengthen wildlife protection; penalise wildlife crime to the full extent of the law; and curb demand.

Recently, the AfDB has partnered with WWF and other institutions to develop and launch the Africa Hub to support African countries to successfully implement their Nationally Determined Contributions (NDCs) to the Paris Agreement. The implementation of these NDCs is critical in ensuring that the African continent joins the rest of the world on a low-carbon and climate-resilient development trajectory.

The AfDB and WWF have benefitted from this partnership as the bank has been able to access WWF’s networks to draw global attention to Africa’s issues. Overall, the partnership with WWF is a proof that the AfDB appreciates the value that non-governmental organisations bring to the table and that the bank is committed to working with these organisations to achieve common goals.

The bank’s work is intimately linked to management of natural resources, such as forests, building resilience and adaptation to climate change impacts, as well as how to help value and protect Africa’s incomparable natural and biodiversity heritage. What are the major achievements within the framework of this partnership?

The AfDB’s partnership with WWF has specifically placed environmental protection and climate change as critical elements for sustainable development in Africa. In 2012, the AfDB and WWF produced the Africa Ecological Footprint Report that drew attention to the rapidly declining stock of Africa’s natural resources. This was a wakeup call to Africa’s leadership to adopt a more sustainable growth pathway. That report contributed immensely to the development of the AfDB’s Ten-Year Strategy with its twin objectives of inclusive and green growth.

Not satisfied with just presenting the state of Africa’s ecological footprint, the two organisations got together in 2015 to produce the Africa Ecological Futures Report that provided a roadmap to how Africa can sustainably harness its ecological resources to achieve sustainable development. The AfDB and WWF are currently working together to develop the second phase of the Africa’s Ecological Future Report this year.

The AfDB has also partnered with WWF to address issues of sustainability in the implementation of our projects through the China-Africa Environmental Sustainability Programme where Chinese investors and contractors have adopted the AfDB’s safeguards policies to guide their operation in Africa. The success of this programme has fueled the development of similar initiatives in other regions.

Climate change and poaching are among the most alarming challenges faced by Africa’s wildlife today. How does the bank work with African governments to fight poaching and trafficking of wildlife, currently the most immediate threat to many species?

The AfDB’s Integrated Safeguard System adopted in 2013 gives a special attention to the major threats to biodiversity and ecosystem services, including natural habitat loss, the capturing of wild animals and wildlife poaching. To complement the bank’s Integrated Safeguards System (ISS), the bank has also developed a comprehensive Climate Safeguards System (CSS) that provides the bank with decision-making tools to screen all its projects for climate risks and provide recommendations for adaptation measures to be included into each project.

Through this process, the AfDB ensures that all its forestry projects contribute to wildlife protection, through a well-thought management plan that takes into consideration the principles of Sustainable Forest Management. The AfDB identifies Sustainable Forest Management as an integrated framework which can be used to assist with both adaptation and mitigation in the Forestry Sector, particularly in addressing wildlife poaching and trafficking, as well as animal pests and diseases.

The bank has created awareness and sensitised African leaders on the dangers of poaching, and has provided resources to strengthen wildlife protection in some African countries.

To what extent has the bank’s partnership with the WWF helped to transition Africa towards green, eco-friendly, economic growth?

The AfDB’s investments aim at supporting Africa’s transition to green growth. WWF has provided substantial support in this aspect. For instance, WWF and the bank jointly supported the development of Mozambique’s green economy strategy that is poised to set the country as a leader in the transition to a green economy.

The AfDB and WWF have jointly organised several capacity-building programmes for the bank’s regional member countries on the opportunities and pathways for a green economy. In partnership with WWF, the AfDB is developing knowledge products that inform the transition of African countries to green growth.

Green growth is a cross-cutting issue within the bank. The recent establishment of the Climate Change and Green Growth Directorate constitutes an important step towards scaling up Africa’s transition to green growth. The Climate Change and Green Growth Department is working internally with other relevant departments and with external partners such WWF to promote actions towards achieving green growth in Africa, including biodiversity protection. The Bank is strengthening its partnership with WWF, with the view to ensuring that Africa takes full advantage of its huge natural capital to develop in a more sustainable way.