U.S. President Donald Trump has questioned the reality of global warming and cast doubt on America’s participation in global efforts to address the problem. Using data from a recent survey titled: “Climate Change in the American Mind” and conducted after the election, the Centre for Climate Change Communication of the George Mason University in the U.S. assessed Trump voters’ views about global warming and clean energy. 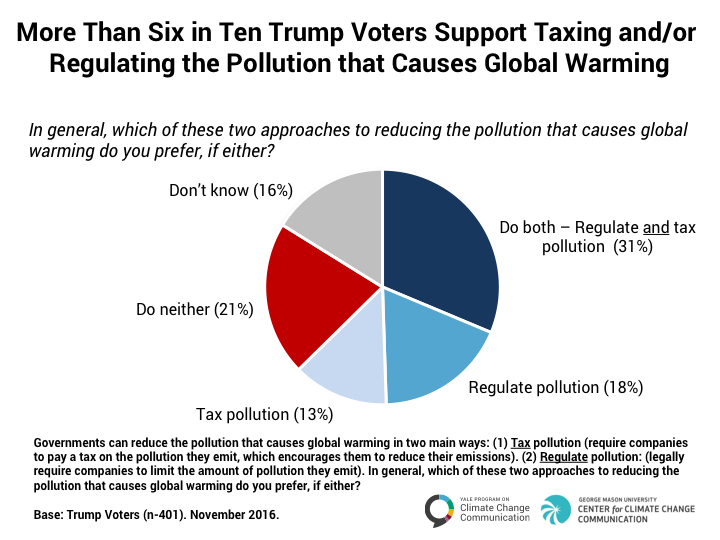 Overall, the Centre found that about half to a majority of Trump voters think global warming is happening and support a variety of climate and clean energy policies.

Key findings are listed to include:

Previous: How 2017 will shape Australia, by Connor
Next: As UNESCO-IHE brings water journalists, researchers together