How 2017 will shape Australia, by Connor

John Connor, CEO of the Climate Institute, believes that the New Year will determine political and economic directions as well as the national identity of Australia for some years to come. According to him, work under the Paris Agreement has sufficient support to continue without the US 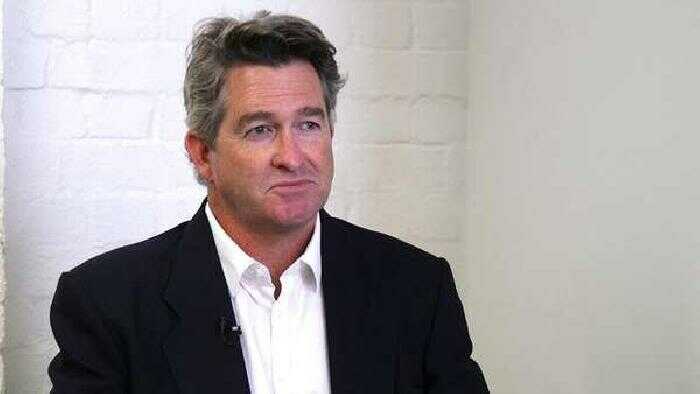 Just when you thought 2017 couldn’t get any wackier, it does, and it appears it will continue to do so for some time yet.

The Trumpian tornado is tearing through diplomatic niceties, domestic regulations and is likely to shortly sweep the US clear of the Paris Agreement, for now. Frankly, that may not be a bad thing as his impact would be a deeply disrupting at the table where most other nations appear to remain committed. Work under the Paris Agreement has sufficient support to continue without the US.

There’s no doubt that the election of President Donald Trump has had an impact here, emboldening conservative reactionaries. It was at least one of the reasons the government backflipped on being open to consider a broad range of policy solutions in the 2017 climate policy review. But this review, with its consideration of post-2030 targets, is still under way. Discourse around it will shape the public debate. A discussion paper is due out shortly.

With the Finkel review into the “future security” of the energy system also under way, 2017 remains a crucial year for engagement in the national policy debate. There’s no question it is frustrating to be back debating “clean” coal and seeing so many miss the remarkable technology and affordability transition of the last few years but we shouldn’t give up! Vacating the field merely leaves it to those who are reckless with our economic, social and environmental future – preferring to use climate policy as a proxy for short-term ideological and political gain.

The Climate Institute intends to remain in the thick of this debate. Over coming months, we will have important projects planned. These include those that will help Australia choose a different future than that preferred by conservative reactionaries, a future that recognises the reality that we have to build a modern, smart and clean society with net zero emissions, and below, in the next few decades.

Calling out Old King Coal and the costs of uncertainty
Old King Coal has reared its head again as the proponents of traditional coal-fired power stations make a desperate last grasp at relevance and taxpayer subsidies.

In responding to these efforts, some of which arose in the Prime Minister’s speech at the National Press Club, The Climate Institute and – remarkably, but sensibly – many energy businesses and industry groups, have stood firm. We, and they, have highlighted the fact that biggest problem for energy security, affordability and emissions reduction is the lack of integrated long-term climate and energy policies. To this end, we have been working with businesses, academics and investors on a project to cost the policy uncertainty, and believe this will have significant impact on the debate.

Meanwhile, energy generators and investors have said they are “not interested” in investing in these far from clean, coal-fired power plants. As our “business case against new coal” highlights, these still-too-dirty plants will require massive taxpayer subsidies and much higher electricity prices. In rational times, such a proposal would be laughed out of the court of political and investment opinion. But today it remains a serious consideration.

The Prime Minister (of Australia) was on the mark in endorsing storage initiatives that can support the inarguable intermittency issues of much of today’s renewables. This can form the basis of a longer term credible climate and energy plan. Rather than drawing battlelines on these policies, the government should be drawing up more plans like this, as well as an overarching climate and energy policy that can be backed by both major parties – one that has credibility.

ALSO READ:  COP25 described as ‘a success for the fossil fuel industry’

The ALP is not in the clear. It does need to provide more detail on its plans for renewables and for an inclusive transition to a clean economy by 2050. We will engage with them to ensure these plans have credibility. It is important to acknowledge that Bill Shorten highlighted the climate costs of inaction in his address to the Press Club – but their policy development this year will also be critical.

Will scare campaigns overcome support for renewable energy and climate action?
Some political strategists and conservative political reactionaries clearly believe that scare campaigns, like those they had in the good old days of 2010 to 2012, are desirable or necessary.

We will continue our valuable, annual, attitudinal research – Climate of the Nation – to chart where Australians really stand on renewable energy and climate action. Our 2016 report showed support for such action continuing the recent rebound, reaching the highest levels since 2008. Comprehensive research such as this, which is now Australia’s longest tracking survey, will be vital during 2017 as parties finalise their policies and positioning ahead of a likely election in 2018 or early 2019.

Business, investor and regulators – finally integrating climate risk?
We are researching the better practices emerging in corporate Australia, and around the world, in relation to integrating climate risks with business planning for a world in transition to smarter, safer, clean economies. We are doing this in conjunction with our business Climate Partners, some of whom have begun the hard yakka of scenario planning, stress testing and more.  Whether it’s sufficient, and what is best practice, is under scrutiny!

In addition, we are working with our partners the Asset Owners Disclosure Project (AODP) on the sixth global index. The AODP began as a Climate Institute project and was recently listed, by the G20’s Financial Stability Board’s (FSB) Climate Risk Disclosure Task Force, among the top disclosure projects in the world. The FSB is a grouping of financial and prudential regulators of the G20. The task force initiative is a reflection of the deepening discourse and action among such regulators, investors and corporate directors on climate risk and the need to think beyond short-term political and financial cycles.

We were pleased that the Australian Institute of Company Directors recently published a report on climate change and good corporate governance from The Climate Institute and Climate Policy Research. I’ll be addressing their Governance Summit next month. A recent opinion from an eminent Senior Counsel, that company directors face individual liability on climate and transition risks, has motivated a few in the director community recently. It sits among a number of positive signs that indicate many in the business and investment sectors are finally beginning to see this as a risk management issue, rather than a political or culture war battlefield to steer clear of!

Finally, we are also doing important work with the community welfare sector – we’ve always believed the fast transition we need requires it to be a fair one. We’ll report about this work in the future.

2017 is a crucial year here in Australia. It will determine political and economic directions as well as our national identity for some years to come.