Three-quarters of animals and plants, living in Lake Victoria in East Africa, are threatened with extinction, according to a study published on Monday, April 30, 2018. 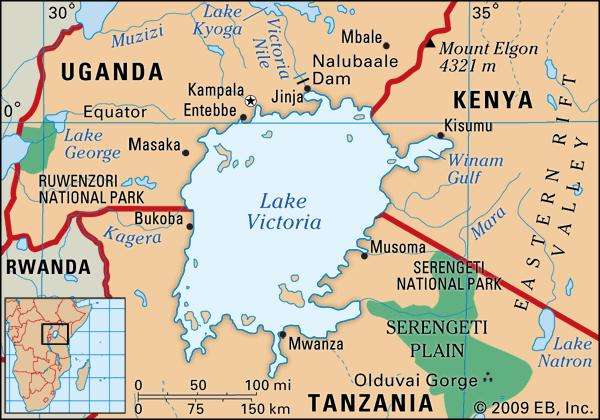 Some 40 million people in Kenya, Uganda and Tanzania depend directly or indirectly on the Lake Victoria

The International Union for Conservation of Nature (IUCN) said about 76 per cent of living organisms, including fish, crabs, dragonflies and aquatic plants, found in Lake Victoria and the surrounding area, are at risk.

Industries and agriculture have polluted the lake while overfishing and invasive species are also to blame, the study said.

The developments could be “disastrous” for people, who rely on the lake for food and income, said the IUCN’s Will Darwall, co-author of the study.

According to the World Bank, some 40 million people in Kenya, Uganda and Tanzania depend directly or indirectly on the lake.

The IUCN said it had investigated the risk of extinction of 651 freshwater species.

The study showed 204 of them could be found in the Lake Victoria Basin.

Lake Victoria is the largest lake in Africa and the second-largest freshwater lake in the world in terms of area.