Saturday 30th May 2020
Saturday, 30th of May 2020
Home / Water & Sanitation / How Sudan strives to improve access to water, sanitation, hygiene

How Sudan strives to improve access to water, sanitation, hygiene

January 1, 2017 Comments Off on How Sudan strives to improve access to water, sanitation, hygiene 2,155 Views

Sudan’s sanitation sector (safe drinking water and adequate sewage disposal) is faced with serious challenges that deem it difficult to attain this sector’s strategic objectives. One of these objectives was raising the number of persons with access to clean and safe drinking water to 82% and access to hygiene services to 67% by the end of 2016, as stipulated in the national strategy for poverty reduction.Improve access to water, sanitation, hygiene. 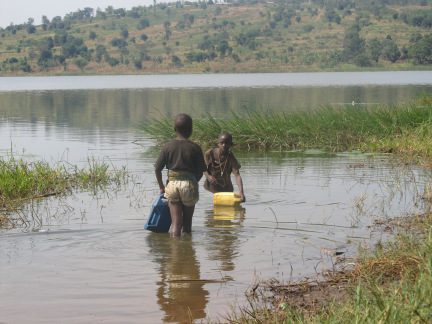 Lack of safe drinking water is one of the world’s leading problems affecting more than 1.1 billion people globally. Most of these live in Africa.

According to the strategy, the clean water and sewage disposal challenges include inadequate implementation and management and absent coordination among the administrative units of this sector. There is also a shortage in the resources needed for investment in the provision of and the sustenance of water and sewage services supplies, added to the absence of public awareness about the water and sewage issues and the poor intervention procedures.

The sanitation sector is suffering an acute shortage of funding. Very little funding is allocated for drinking water and sewage disposal services at both the federal and regional levels. Federal spending on these services stands at a meager 0.5 to 1% of the spending on infrastructure.

National capital city, Khartoum, suffers from recurrent water supply cutoffs. Of late, the Director of the Khartoum State Water Corporation, Khalid Ali Khalid, had announced some plans to reduce water cutoffs as well as a medium term plan and a strategic plan to obtain all drinking water from Nile water stations, instead of bore water.

Water has a tremendous bearing on the situation of poverty in Sudan as the majority of local rural communities depend in their livelihoods on water for their livestock and to irrigate their small domestic farms.

Scarcity of water has adverse effects on education in rural areas, because children have to spend a lot of time to bring water to their homes. This leads the children either to refrain from going to school or quit education after enrollment.

Poor water sources incur diseases, among children in particular. Results of a basic probe indicate an obvious link between an increase in access to improved water supply and the availability of sanitation facilities on the one hand and a decline in infections with diarrhea in Sudan. Scarcity of water may oblige families to spend 50% of their income to buy water from vendors.

The importance of water increases when water is connected with tribal feuding. A lot of tribal clashes are directly connected with the scarcity of water sources, in particular between pastoralists and sedentary farmers.

The document and report authors, Ministry of Finance and Economic Planning Consultant al-Fatih Ali Siddig and World Bank consultant Fareed Hassan, reaffirm the vitality of funding for this sector as an important vehicle for challenging these difficulties and for achieving the aspired objectives embodied in the Millennial Developmental Goals (MDGs), hand in hand with the rehabilitation and replacement of the aging infrastructure of the water and sewage systems as a result of the absence of adequate investment and the destruction of utilities in zones of unrest.

The authors say it is of paramount importance to strive to merge the water and sewage systems with other sectors; foremost health, nutrition and education. The schools and health and nutrition centres constitute useful inlets for such interventions.

Institutional reform aimed at sustainable water facilities is one of the preoccupations and worries that should be taken into consideration, say the authors. The specification of roles and responsibilities among federal, regional and municipal authorities and with the local communities should be clear with respect to the management, operation and sustainability of projects.

Development of the energy, electricity, water resources and mining sectors had had a lion’s share in the funds earmarked for development in the country in the 2016 budget which is about to expire. The energy, water and minerals sectors had obtained $4 billion from the total of the new budget, estimated at $10.2 billion, $4.6 billion of it in local currency and $5.1 billion in foreign exchange. The water projects include the Upper Atbara and Seteet dam projects (now under construction) and the projected Dal and al-Shiraig dams.

Sudan suffers a clear shortage of pure water in its rural districts. The states of Western Sudan are the most to suffer from drinking water crisis, particularly in the summer. That is due to the absence of water sources other than boreholes which dry up after sometime. As well, inability to store rain water is responsible for water shortage in that part of the country.

Minister of Water Resources, Irrigation and Electricity, Mu’taz Musa, said his ministry is planning 5,083 water harvesting projects in the countryside, in collaboration with the Water Corporation, in implementation of President Omar al-Bashir’s directive to eliminate thirst countrywide.

Musa said his ministry had surveyed all the country’s villages and neighborhoods to this effect.
Women and children in rural areas of Western Sudan devote a lot of time to fetch water from remote areas. These long shuttles after water adversely affect their health and safety.

The Sudanese Government and the United Nations had announced the allocation of $1 billion for water funding. The announcement was made during a conference on water problems in Darfur, held in Khartoum in 2011.

Some 65 water projects are to be funded over six years within this endeavor. The projects cater for drinking water, sewage systems and projects for integrated rural development in the domains of agriculture, livestock and the environment.

As part of this endeavor, work is now underway in the implementation of the Wadi al-Koo’ for water harvesting in North Darfur. The locals have high expectations about this project that extends for 500km from Sarafaya area North-West of al-Fashir down to GoozBina, South- West of al-Fashir. The project is hoped to enhance the livelihoods of the citizens and resolve the scarcity of resources, considered one of the strongest causes of civil strife in that region.

The Wadi al-Koo’ project is being implemented with EU support, in implementation of an EU commitment announced during the international donor conference for the rehabilitation of Darfur, held in Doha, Qatar, in April 2013.

He said the area of project, that neighbours al-Bashir, is densely populated. He said the project is capable of promoting natural resources management systems and of boosting them with suitable levels of scientific and technical analysis. It can also help with consolidating livelihoods and techniques of natural resources management at the community level, with a view to using and applying them in other districts.

Housewife and project resident, Um Kalthoom Adam, 37, said: “We and our children will be happy to produce our food all by ourselves, herd our livestock and access clean water with ease.”