Why seabirds keep mistaking ocean plastic for food, by study

November 11, 2016 Comments Off on Why seabirds keep mistaking ocean plastic for food, by study 1,035 Views

Each year, millions of tons of plastic waste end up in the ocean, where it often goes straight into the bellies of hungry birds, sea turtles and other marine animals. This is a big concern for scientists, who are still investigating the possible consequences for the marine ecosystem – but until now, researchers weren’t completely sure why so many animals were mistaking the plastic for food in the first place. 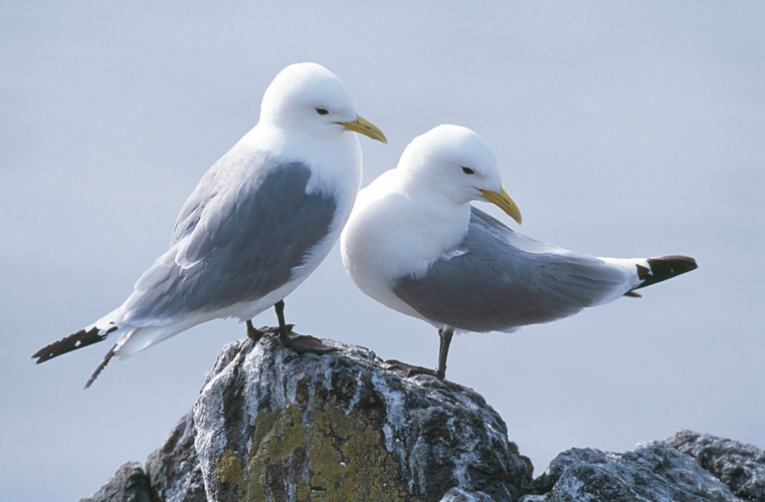 A new study, just out in the journal Science Advances, may shed some light on the mystery. The study finds that plastic in the ocean gives off a specific chemical compound with a distinctive smell, signaling to some seabirds that it’s dinnertime.

“What we think is going on is that the plastic is emitting a cue that is getting (the birds) into moods to eat,” said Gabrielle Nevitt of the University of California Davis, the study’s senior author.

Scientists already knew that some types of seabirds rely heavily on their sense of smell, rather than just their vision, when foraging for food. Nevitt’s previous research has focused largely on a group known as the procellariiform seabirds, which include albatrosses, petrels and shearwaters. Previous research has found these birds are especially responsive to a chemical compound called dimethyl sulfide, or DMS.

In nature, DMS is produced by algae – especially when it’s being broken down and eaten by krill. There’s an evolutionary purpose to this system that benefits both seabirds and algae.

When the the algae emit the chemical, they’re “engaging in sort of a mutualistic interaction,” said Matthew Savoca, a Ph.D student at UC Davis and the study’s lead author. “The algae says, ‘Birds, come over here and find food,’ and the birds say to the algae, ‘Thank you very much, we’re now going to eat your predators and reduce your grazing pressure from the krill.’ ”

The problem is that plastic in the ocean tends to accumulate algae and other organic matter on its surface in a process known as “biofouling” – and this material emits DMS, the new study found.

Back at UC Davis, they turned to food and wine chemist Susan Ebeler’s lab for help. The lab supplied equipment usually used to detect sulphur in wine, which the researchers then used to analyse their plastic samples. They found a DMS signature on all the plastic that had been in the ocean. On the contrary, they did not detect any DMS when they tested plastic that hadn’t been soaked in the sea.

Next, the researchers pooled data from previous research on plastic ingestion in seabirds. They found that birds known to be responsive to DMS consumed plastic five times as frequently as non-DMS-responsive species.

The researchers decided to expand their study even further. Previous research has suggested that DMS-responsive species often tend to build their nests underground, while many other species nest on the surface. So the researchers decided to see what would happen if they analysed previously collected data on plastic ingestion in burrowing versus non-burrowing seabirds. They found that burrow-nesting birds were also significantly more likely to ingest plastic than surface-nesting birds.

These results have several important implications, according to the researchers. First, the study provides new insight into the mechanisms causing certain marine animals to eat plastic waste – and it likely applies to more than just seabirds. Some research has indicated that other animals, including fish and sea turtles, also use DMS or other chemicals as feeding cues, Nevitt said.

The research also suggests that some of the species most vulnerable to plastic pollution may have been overlooked until now. Burrowing seabirds have not been the most heavily monitored up until this point, Savoca pointed out – largely because they spend so much time hidden underground – but the new study suggests they might be disproportionately affected by plastic waste.

The paper “provides a convincing argument for the Procellariiform seabirds as to why they might pick up plastic from the ocean,” said Chris Wilcox, a senior research scientist at the Commonwealth Scientific and Industrial Research Organisation in Australia, who was not involved with the new study, in an emailed comment to The Washington Post.

However, he added, other species that don’t use DMS for foraging have also shown high rates of plastic ingestion. The reason for this remains an open question. For many species, eating plastic may indeed be a simple visual mistake – it might just look like food. Even in the DMS-responsive seabirds, visual cues may still be playing a part, Savoca noted.

“I think it’s quite possible that these hypotheses are complementary, they really build on each other,” he said. “If something looks like food and smells like food, it would be much harder not to eat it.”

Wilcox also cautioned that a lot of research on the actual effects of plastic consumption, particularly on whole populations of seabirds, remains inconclusive. While many scientists are indeed concerned that plastic might be harming the marine ecosystem, Wilcox pointed out that the new study can’t be used to speculate on the consequences of plastic consumption – only the reasons it’s happening.

That said, the researchers are hopeful that their findings can be used to help stop marine animals from eating so much plastic waste. Recent research has suggested that the problem is only continuing to grow for now. A 2015 study, which was led by Wilcox, predicted that 99 percent of all seabird species – up from about 59 percent now – will be eating plastic by the year 2050.

“(The study) provides a salient mechanism for how this group of birds might be detecting plastic and consuming it,” Nevitt said. “And once you have a better idea of how a mechanism might work, you’re in a better position to potentially mediate that.”

There may be some opportunities for materials scientists and manufacturers to make a difference in the future, Savoca suggested – perhaps by designing plastics that are less conducive to algae growth. But he says the biggest priority should be keeping plastic out of our waterways in the first place.

“Really, (the paper) just adds another layer to how how insidious and bad this plastic problem is,” he said.

Like Loading...
2016-11-11
admin
Previous: What if Trump pulls the U.S. out of the Paris Agreement?
Next: Climate change disrupting nature from genes to ecosystems