Akalaolu is a small, sleepy and somewhat peaceful town in Ahoada Local Government Council of Rivers State. It could have passed unnoticed in the map but for the abundant petroleum resources the community is endowed with. There is, however, distress in paradise. If current developments are anything to go by, residents are lately abandoning their homes in droves as a mysterious fire burns endlessly. 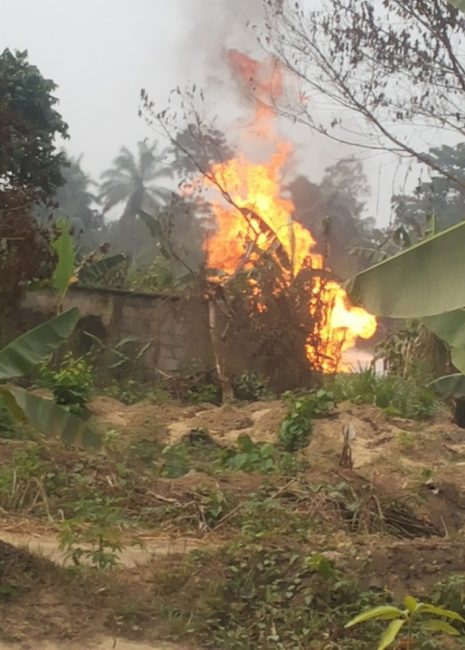 Fire burning at the flow station

The fire, which is burning at Agip’s Oshie Flow Station (Oshie Well 5), was said to have started when the station was blown up by unknown persons following the firm’s refusal to accede to their request.

According to a source close to a security firm working for Agip, trouble started following the arrest of one Mr Emma, an Agip contract community worker, for unspecified crimes. A local cult group was said to have written to Agip demanding for his release, among other demands. 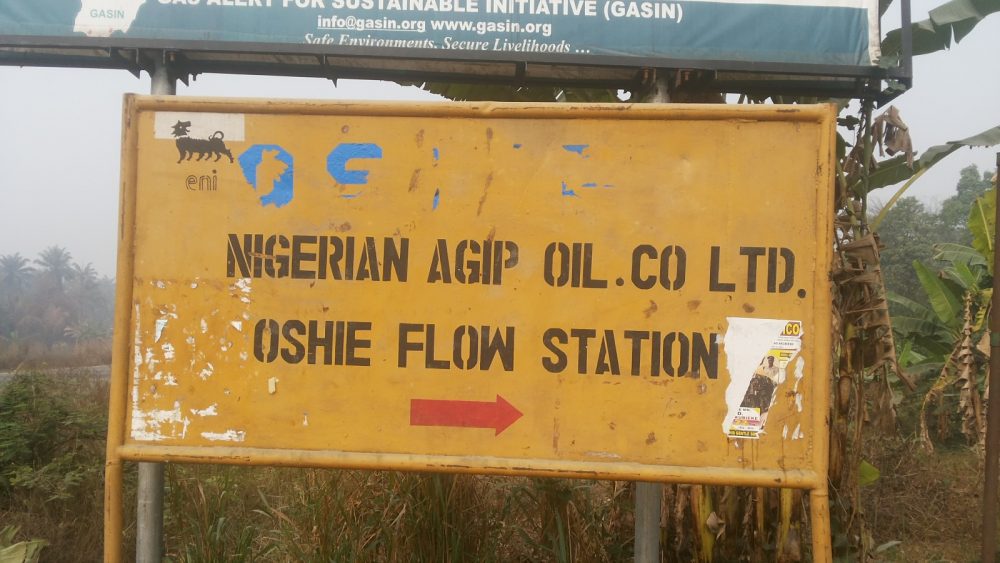 Joy Anthony, a resident of the community, gave an insight into the incident. She said: “The fire started at about 12 am on Sunday 7th February 2016. The fire started to burn from an oil well.”

In response to the fire, Agip threatened to retaliate, she alleged. “The next day some boys were arrested and taken to the Agip Flow Station at Oshie. The boys made it clear that they knew nothing about the fire. But the security men saw a note at the burning oil well where the boys wrote their demands.”

The letter is believed to have been written by a group called Winchmens, which wants Agip not only to release Emma, but to offer its members employment slots in the company, as well as money. The group has threatened further actions if its demands are not met. 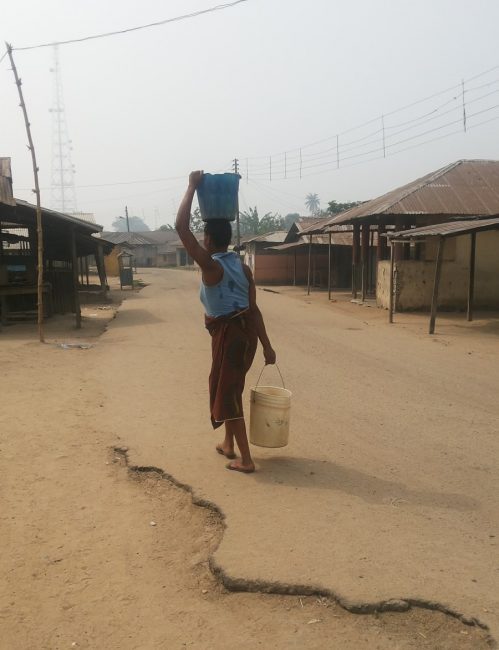 Investigations revealed that the streets of Akalaolu community are deserted and indeed the entire community seem empty. Scores of security men comprising the Police, Civil Defense and Army were seen patrolling the streets and manning check points along the only road leading into the town.

Pastor Adepoju Michael of Trinity Baptist Church in Akalaolu said: “The fire is still burning till this morning and they have been unable to put it out.” He expressed concern over the fact that “many innocent people have been arrested.” According to him “even women are hiding themselves because of fear of arrest.”

One Ms Rejoice, a pregnant woman whose home is less than 50 meters from the burning, expressed fears about the safety of her home. “I don’t sleep here any more,” she said.

A woman bathing her child in a large, deserted compound, Mrs Adunwo Ameshi, said in response to a question: “As soon as l finish bathing my son we will leave this community.” Asked why she is leaving, she replied, irritated: “Did you see people as you dey come?”

But Joy Anthony seems to sum up the feelings of the community when she said: “We too no have good road, no hospital, no schools, no good drinking water for community.” But she still proclaimed the innocence of the community, saying: “We no sabi anything about the fire, l can swear for the community.”

Attempts to get Agip’s views have met a brickwall. When EnviroNews Nigeria visited the Oshie Flow Station on the 10th of February 2016, it met a safety worker who led the team fighting the fire at the well. He declined to comment, claiming not to have the authority to do so. He then directed the medium to one Mr Nwabueze, the supervisor in charge of the Flow Station, who also declined to speak on the matter. He suggested that the manager at the OB/OB Gas Plant in Omoku might be able to comment on the matter.

Previous: WHO: Climate change may have helped spread Zika virus
Next: How Paris Agreement empowers women to act on climate