A new analysis by Sandbag and Agora Energiewende shows that the European Union generated more electricity from renewable sources such as wind, solar and biomass than coal in 2017, with renewables accounting for over 30% of Europe’s electricity for the first time. 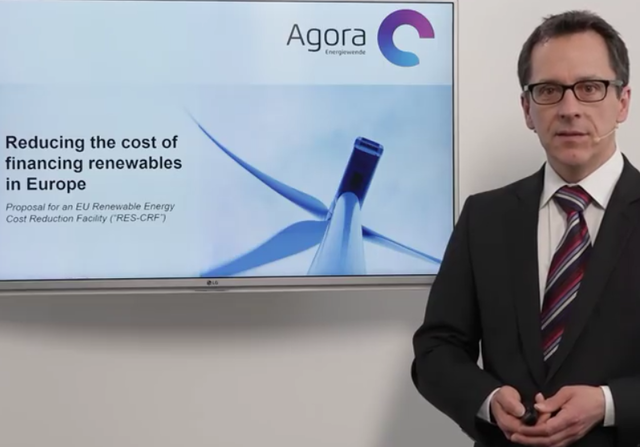 The study, titled: “European Power Sector in 2017”, suggests that Germany and the United Kingdom are leading the onward march of renewable technologies as both have contributed to 56% of the growth in renewables in the past three years (2014-2017).

“EU renewables growth has been increasingly reliant on the success story of wind in Germany, the UK and Denmark, which has been inspiring. If all countries in Europe engage in this, 35% renewable energy by 2030 is entirely possible. Solar deployment in particular is still surprisingly low, and needs to respond to the massive falls in costs,” said Matthias Buck, Director of European Energy Policy, Agora Energiewende.

The growing share of renewables in the continent’s energy mix is set to further bolster global climate action in line with the central goal of the Paris Agreement, which is to keep the rise in global average temperatures well below 2 degrees Celsius and as close as possible to 1.5 degrees. Power generation from renewable sources is crucial to reducing carbon emissions and achieving the temperature goal.

The study notes that good wind conditions and huge investment into wind plants led to a massive 19% increase in wind generation in 2017 – two-thirds of this was in Germany and the UK. However, solar power generation grew only by 8% despite huge recent price falls.

The report also takes a closer look at the uneven nature of decarbonisation across Europe, since the lion’s share of the recent gains was mainly due to Germany and the UK. The remaining 26 EU countries 43% of the renewables growth from 2014 to 2017, whilst they had 58% of the growth from 2011 to 2014.

The report also highlights how individual companies are increasingly leading the transition to a low-carbon economy. For instance, EDF announced plans to scale up renewable generation and build 30 gigawatts of solar in France from 2020 to 2035. Ørsted (previously Dong) announced in February 2017 that they would phase out coal by 2023.

Eurelectric, an association representing the interests of the power industry in Europe, announced in a vision statement last month that it will actively pursue efforts to become carbon-neutral well before mid-century.