Fully implementing the Paris Climate Change Agreement is crucial to protecting California’s natural vegetation, nearly half of which is at risk from the impacts of rising global average temperatures. This is the key finding of a new study from University of California Davis. 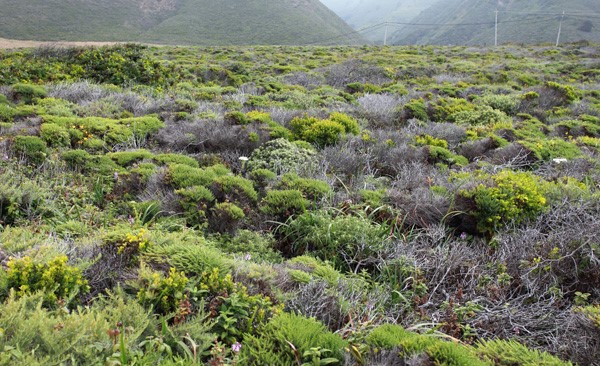 The central goal of the Paris Agreement is to hold the global average temperature rise to well below 2 degrees Celsius (3.6 degrees F), and as close as possible to 1.5 degrees C (2.7 degrees F). Global greenhouse gas emissions, primarily caused by the burning of fossil fuels and deforestation, are currently on the rise and need to peak as soon as possible and then rapidly decline in order to prevent the worst impacts of climate change, which include more droughts, flooding and wildfires.

The study projects that, at current greenhouse gas emission rates, more than 50 % of the vegetation in southwestern California, the Central Valley and Sierra Nevada mountains will be impacted by 2100, including 68 % of the lands surrounding Los Angeles and San Diego.

“About 45-56 % of all the natural vegetation in the state is at risk,” said lead author James Thorne, a research scientist with the Department of Environmental Science and Policy at UC Davis. “If we reduce the rate to Paris Accord targets, those numbers are lowered to between 21 and 28% of the lands at risk.”

Vegetation has many important functions for humans, including protecting valuable water resources. As vegetation is destroyed, watersheds are damaged, which serve as vital freshwater resources.

The report is only a conservative estimate, as it only examines direct climate exposure. Natural vegetation can suffer high rates of mortality when subjected to climatic events that are the indirect product of climate change, such as drought.

Even in the study’s most conservative estimate, if total emissions remain at present rates, the amount of impacted land doubles to more than 50%.

Referring the map pictures above, UC Davis researcher Thorne said. “This is the map of where we live. The natural landscapes that make up California provide the water, clean air and other natural benefits for all the people who live here. They provide the sanctuary for California’s high biodiversity that is globally ranked. This map portrays the level of climate risk to all of those things. In some cases, the transformation may be quite dramatic and visible, as is the case with wildfire and beetle outbreaks. In other cases, it might not be dramatically visible but will have impacts, nevertheless.”

These are some of the highlights from the report:

Like Loading...
2018-01-31
admin
Previous: Renewables overtake coal in supplying European electricity
Next: 2017 was hottest year on record for world’s oceans