President’s decline of assent to PIGB a setback, say journalists

October 12, 2018 Comments Off on President’s decline of assent to PIGB a setback, say journalists 1,623 Views 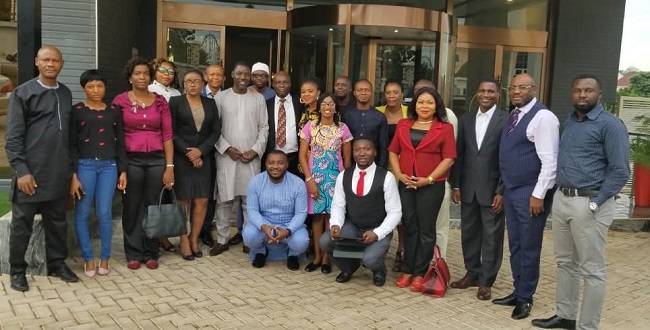 This was the view of a team of journalists from print, broadcast and online media organisations across Nigeria who met on Thursday, October 11, 2018 in Enugu, Enugu State, to discuss the state of the PIGB. The quest to actualise the PIGB was initiated about two decades ago.

According to the media executives, the decline of assent to the PIGB is a missed opportunity to advance a token of the commitment of the Nigerian government to modernising the architecture of Nigerian petroleum laws in order to rid it of opaqueness and inefficiency and introduce it to the regime of international best practices, transparency and accountability.

The journalists observed in a communique released at the close of the daylong forum that the decline of assent to the PIGB signals to prospective investors and industry players’ absence of the political will on the part of the Nigerian government to change the fundamentals of the landscape of the Nigerian Oil and Gas sector.

This, they stated, would inevitably escalate the trend of loss in withheld and diverted capital investments which is plaguing the sector.

“The huge potential of the Petroleum Industry Bills to create wealth, generate jobs and increase Nigeria’s competitiveness in the global energy market ought to take precedence over all political considerations and the security and comfort of the vested interests,” they declared, warning that the descent of Venezuela to a dystopian basket case is a cautionary warning that the failure to reform will ultimately culminate in devastating consequences.

The communique further reads: “The Nigerian petroleum industry is the national cash cow and the most critical sector of the economy. The industry’s capacity to fulfill its traditional role in the Nigerian economy is increasingly being undermined by obsolete petroleum legislation. The recurrent deferment of necessary policy reforms in the Nigerian Petroleum Industry is setting Nigeria up for an existential economic crisis on the scale of the Venezuela nightmare.

“Nigerian journalists have a responsibility to deploy their skills and platforms towards pressurising all key actors to take the urgent actions needed to reposition the Petroleum Industry in order to benefit all stakeholders and guarantee sustainable business environment.

“Nigerian journalists can be the game changers in this seemingly intractable reform process. They are well positioned to make exert influence on the general public and the critical mass of key actors.

“It is possible to mount an inclusive advocacy campaign that will rally all Nigerians around the win-win positives of the Petroleum Industry Bills.

“Going forward, we will accord the Petroleum Industry Bills the priority attention they deserve in our reportage.”

The event featured presentations by industry analysts and discussion by participants.