Political undertones have trailed President Muhammadu Buhari’s recent move to fast-track the clean-up of Ogoniland in accordance with the report and recommendations of the United Nations Environment Programme (UNEP). 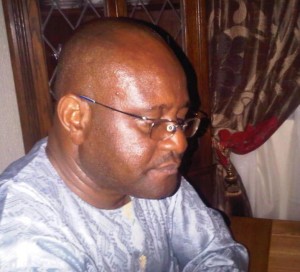 While officials of the ruling All Progressives Congress (APC) seem to be ‘milking’ the situation by heaping praises on Mr President while tacitly condemning the outgone President Goodluck Jonathan, the Peoples’ Democratic Party (PDP) has somewhat reacted, claiming that, indeed, past PDP presidents had set the stage for the implementation of the report.

For instance, the Rivers State branch of the APC has described President Buhari as the true son of the Niger Delta, even though he is not from there, by the recent move.

In a media statement, the party’s Chairman, Dr. Ibiamu Ikanya, said Mr. President, has proved to be a better son of Rivers State and the Niger Delta than immediate past president, Dr. Goodluck Jonathan, and Rivers State Governor, Chief Nyesom Wike.

“The news of President Buhari not only directing the cleaning up of Ogoniland but also the fast-tracking of the process came to us as a great relief, particularly considering the fact that former President Jonathan in demonstration of his hatred and disdain for Rivers State and its people ensured that this exercise did not see the light of the day throughout his ill-fated regime which was more of a curse to Rivers State people and the Niger Delta region.

“President Buhari has demonstrated by this act that he is a better son of Rivers State and the long-suffering Niger Delta than Dr. Jonathan and Chief Wike who, though from the region, instead, teamed up to ensure that the region was under-developed and even ceded our oil wells to other states while also ensuring that no Federal Government presence was felt in Rivers State throughout their evil regime.”

The Rivers State chairman commended President Buhari for what he called “this brave and patriotic step in cleaning up Ogoni land.”

He added: “President Buhari has proved that he is truly a God-Gift to Nigeria at this particular time to right the wrongs, injustice and wickedness Rivers State and Niger Delta under the regime of Dr. Jonathan Goodluck.”

But PDP chieftain and erstwhile Minister of Environment, John Odey, countered Dr Ikanya, saying that, though President Buhari deserves commendation for his bold decision, President Jonathan did no wrong and should not be condemned.

In a recent posting on his Facebook page, Odey submitted: “Nobody should condemn GEJ (Goodluck Ebele Jonathan) on Ogoni clean up. We don’t read. We don’t research. President Obasanjo set up the Remediation of Ogoni committee in the Ministry of Environment under the Chairmanship of Bishop Kuka with the professional team and expertise of UNEP.

“As Minister of Environment, myself, Bishop (Mathew) Kuka, UNEP and all the stakeholders met several times to work on the report. We received great contribution from Governor Rotimi Amaechi. He provided all the logistics and most of the materials UNEP needed for the study – security, transportation and accommodation. He personally escorted us to Ogoni for inspection of sites.

“We started the study under President Yar’adua and completed it under President Jonathan before I left office in 2011. The next Minister after me presented the report to GEJ and it was adopted. This is work in progress. The bold step by President Buhari is commendable. The ministry of Petroleum Resources after the report delayed this process. This is another matter to be addressed later.

“This is work in progress and the four Presidents I have mentioned above should be commended. What is significant is the bold step President Buhari has taken to set the ball rolling again.”