A two-day media dialogue on child malnutrition with the theme: “Spend more money on nutrition” – #StopChildMalnutritionNigeria, ended on Friday in Kano. 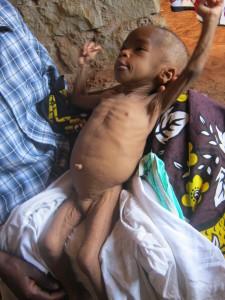 The dialogue, organised by the United Nations Children’s Fund (UNICEF), was facilitated by communication specialist, Geoffrey Njoku. It was attended by representatives of the traditional and online media.

It is coming ahead of new figures on child malnutrition due to be released soon by UNICEF. Malnutrition is widespread in Nigeria and is said to be killing over 1,000 children daily.

Speaking, UNICEF Chief of Communication, Doune Porter, stressed the need for media partnership so as to attract the necessary intervention to stop child malnutrition in the country.

Porter said a new figure on child malnutrition would be released by UNICEF soon, saying healthy and well-nourished children are needed for the future of Nigeria, calling on the media to sustain the partnership.

In his presentation on “An overview of malnutrition in Nigeria and its impact on children, UNICEF’s Chief Nutritionist, Arjan De Gwat, spoke extensively on the nutrition values of foods that he classified as macronutrients and micronutrients.

He said 55 percent of child deaths are attributed to malnutrition, adding that malnutrition of the mother could result in disability of the child or miscarriage.

Arjan, said malnutrition could also lead to reduction in mental capacity and ultimately poor education of the child, advising mothers to embrace exclusive breastfeeding for at least six months.

“Exclusive breastfeeding has the potential to save more children’s lives than any other preventive intervention,” he said.

Coordinator, African Centre for Media and Information Literacy, Chido Onuma, made a presentation on media advocacy required to keep the issue of child malnutrition on the front burner.

He spoke on how the media can support advocacy for increased resources for nutrition programming.

Onuma, therefore, charged the media to sensitize governments at all levels to increase resources to enhance child nutrition. He also charged them to do more of features, special reports and editorials to sustain focus on child malnutrition in the country.

Dr. Chris Osa Isokpunwu of the Federal Ministry of Health also made a presentation on Nutrition Situation in Nigeria. 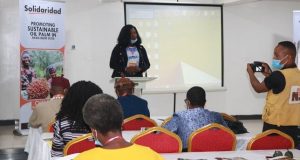