A barrage of applause has greeted President Muhammadu Buhari’s decision to clean-up the extensively polluted Ogoniland in the Niger Delta region by implementing the much-vaunted report on the community prepared by the United Nations Environment Programme (UNEP). 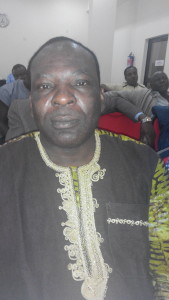 But the voices of commendation are being cautious, saying that certain things don’t seem right and that they should be urgently addressed before the project commences in earnest.

For instance, the Health of Mother Earth Foundation (HOMEF) applauds Mr. President, saying that the delay in implementing the four-year-old plan is unconscionable by all standards. The civil society group notes that the process leading to this had some consultations and that some structures have been established for its execution.

HOMEF, however, believes that the body saddled with the task of cleaning up Ogoniland should be addressed.

“Certainly, government does not wish to ‘restore pollution’ as the name Hydrocarbons Pollution Restoration Project (HYPREP) suggests. The object is to remediate the environment, not to restore pollution,” says Nnimmo Bassey, the HOMEF executive director.

His words: “HOMEF recommends that the name be changed to Hydrocarbons Pollution Remediation Project (HYPREP) or Hydrocarbons Clean-up Project (HYCUP). Better still, the body should be renamed as Ogoni Environment Restoration Agency as recommended by UNEP. If the idea is to pave way for an agency that serves the entire Niger Delta, the needful thing to do, while having a specific project for Ogoniland, would be to rename the Niger Delta Development Commission (NNDC) as Niger Delta Environment Restoration Commission.

“There are rough edges that still require smoothening for a smooth take off of the clean-up project. A significant aspect is the non-inclusion of at least one representative of civil society in the structures set up by the President. The role and deep stakes of civil society in the struggle for the clean-up of Ogoniland and the Niger Delta cannot be overlooked. Their inclusion is essential for oversight reason.

“HOMEF also recommends that the new HYPREP or HYCUP should ensure that verified debts owed workers and staff of the defunct body are settled. In terms of the budget to commence the immense tasks ahead, in addition to the $10 million from the Federal Government, the polluter, Shell Petroleum Development Company (SPDC), should place the $1billion estimated by UNEP as a start-up sum on the table now without further prevarications,” Bassey adds.

But the Environmental Rights Action/Friends of the Earth Nigeria (ERA/FoEN) believes that Hydrocarbons Pollution Restoration Project (HYPREP) should be scrapped in its entirety and replaced with a new body that will reflect the provisions of UNEP and have the backing of the Ogoni people.

Godwin Uyi Ojo, executive director of ERA/FoEN, discloses: “We commend and support President Buhari’s decision to implement the UNEP report. It goes a long way to show that he is sincerely willing to tackle this problem.

“However, we are not comfortable with the fact that HYPREP is to oversee this project. HYPREP is a government agency domiciled in the Federal Ministry of Petroleum Resources. The UNEP in the report recommended an independent body, which HYPREP isn’t. Also, it has no statutory backing.

“We therefore recommend that HYPREP should be abolished and an entirely new independent body established urgently. This body will have the backing of the Ogoni people.”

HOMEF, nonetheless, wants the new body it recommends to engage in urgent and transparent consultations to agree on steps to be taken, the competences to be employed in the clean-up and the milestones to be targeted.

“This laudable step of President Buhari should be followed with a commissioning of environmental audits on other devastated territories in the Niger Delta, in line with the call for one by the people of Egi Land. These should be the starting point for an urgent and thorough auditing of the total state of the Nigerian environment, from the South to the North and from the East to the West,” says George Awudi, a member of the governing board of HOMEF.

He adds: “HOMEF applauds the Ogoni people for their consistent and dogged struggles to ensure that their environment is cleaned up. With this coming in the year that marks the 20th anniversary of the execution of Ken Saro-Wiwa and other Ogoni martyrs, the sacrifices made by the Ogoni people justify the stanza of our national anthem that declares that the ‘labour of our heroes past shall never be in vain’.” 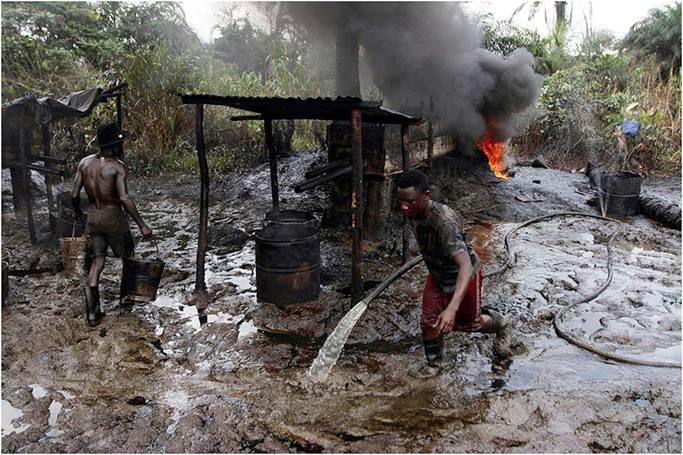 The Defence Headquarters says troops of Operation Delta Safe have discovered and deactivated a total ...