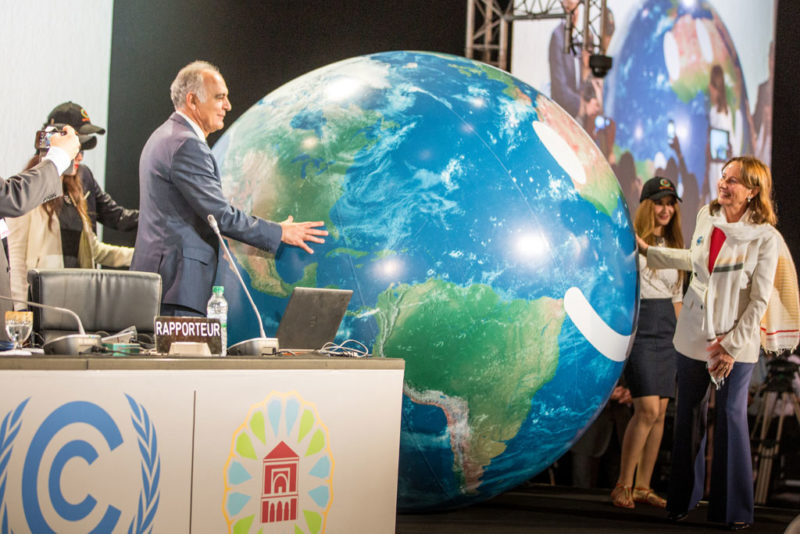 At the opening, Morocco’s Foreign Minister and newly-elected COP22 President, Salaheddine Mezouar, underscored his country’s willingness to host the conference as a demonstration of Africa’s commitment as a whole to contribute to global efforts to tackle climate change. “It emphasises Africa’s desire to take its destiny in hand, to reduce its vulnerability and strengthen its resilience,” he said.

President Mezouar pointed to the groundswell of momentum building around the world. At the same time, he acknowledged the fact that the Paris Agreement does not yet put the world on track towards the goal of a maximum global average temperature of 1.5 to 2 degrees, as agreed by the international community in Paris last year.

Addressing government delegates, he said: “I would like to invite you over the coming eleven days to be more ambitious than ever in your commitments. All over the world, public opinion must perceive change. It has to be a change at all levels, from local projects through to those that cross international borders and it must create genuine win-win partnerships.”

Together with Ségolène Royal, French Environment Minister and President of last year’s Paris UN Climate Change Conference, Salaheddine Mezouar handed out solar lanterns to all delegates in the room, as a symbol of the transformation to clean technology which is essential to achieve the Paris Agreement goals. The delegates then held up the lights in a show of solidarity.

ALSO READ:  How govt’s effort to curb malnutrition is hampered

In her opening address Patricia Espinosa, Executive Secretary United Nations Framework Convention on Climate Change, said that whilst early entry into force of the Paris Agreement is a clear cause for celebration, it is also a timely reminder of the high expectations that are now placed on governments.

“Achieving the aims and ambitions of the Paris Agreement is not a given. We have embarked on an effort to change the course of two centuries of carbon-intense development. The peaking of global emissions is urgent, as is attaining far more climate-resilient societies.”

Ms. Espinosa underlined five key areas in which work needs to be taken forward, notably on:

“Our work here in Marrakech must reflect our new reality. No politician or citizen, no business manager or investor can doubt that the transformation to a low-emission, resilient society and economy is the singular determination of the community of nations,” she said.

Like Loading...
2016-11-07
admin
Previous: Morocco assumes presidency as COP22 opens in Marrakech
Next: Inclusiveness, transparency will be our virtue, says COP22 president