Finally, Nigeria has joined the list of nations that have signed the Paris Agreement on climate change. The country is however yet to ratify the global and widely-accepted treaty.

President Muhammadu Buhari, who is attending the United Nations General Assembly (UNGA) at the UN Headquarters in New York, signed the dotted lines on Thursday on behalf of the nation. 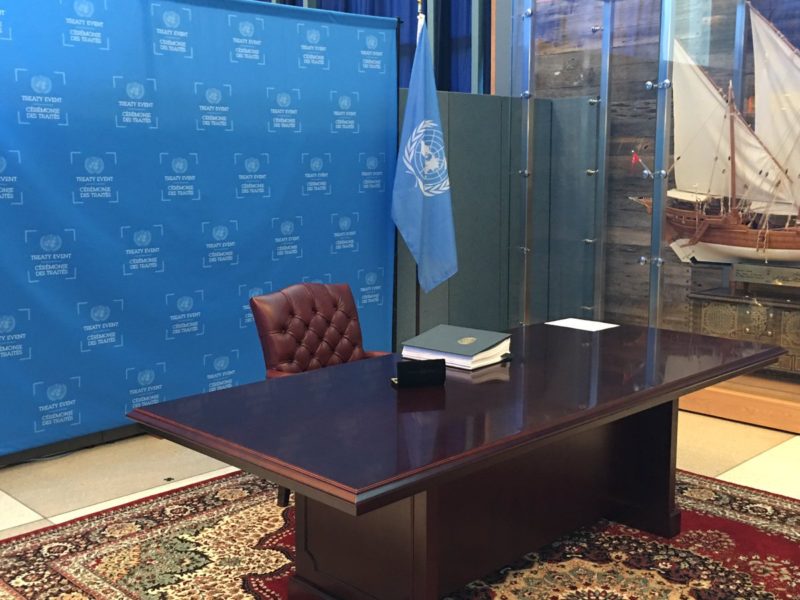 All set and waiting for President Muhammadu Buhari… 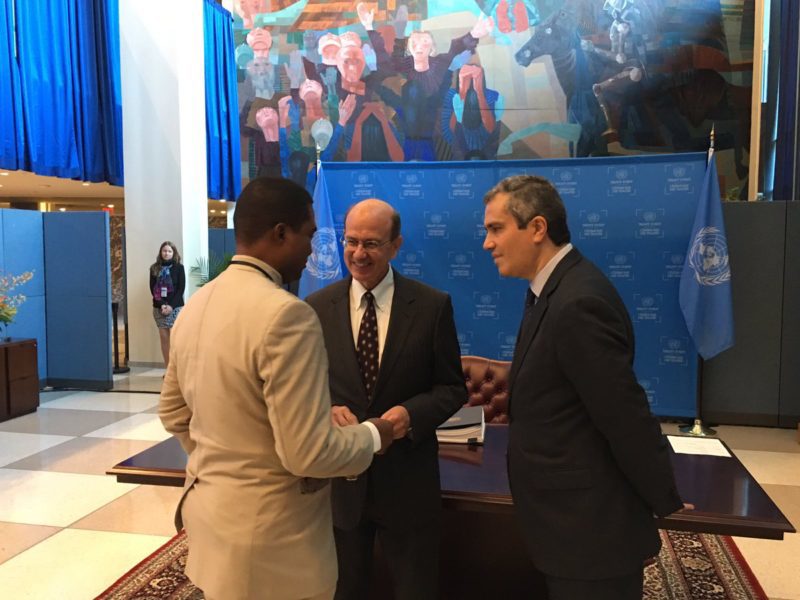 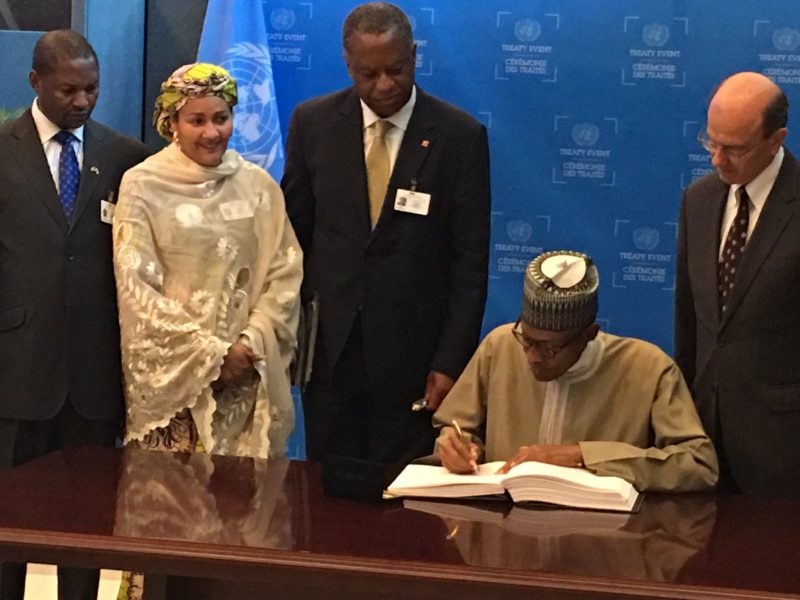 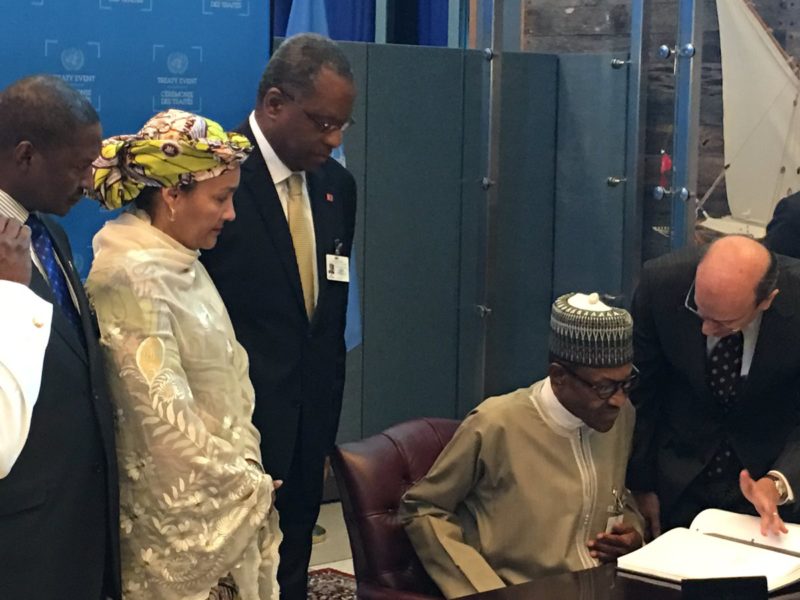 Mr President listens as an official explains a point 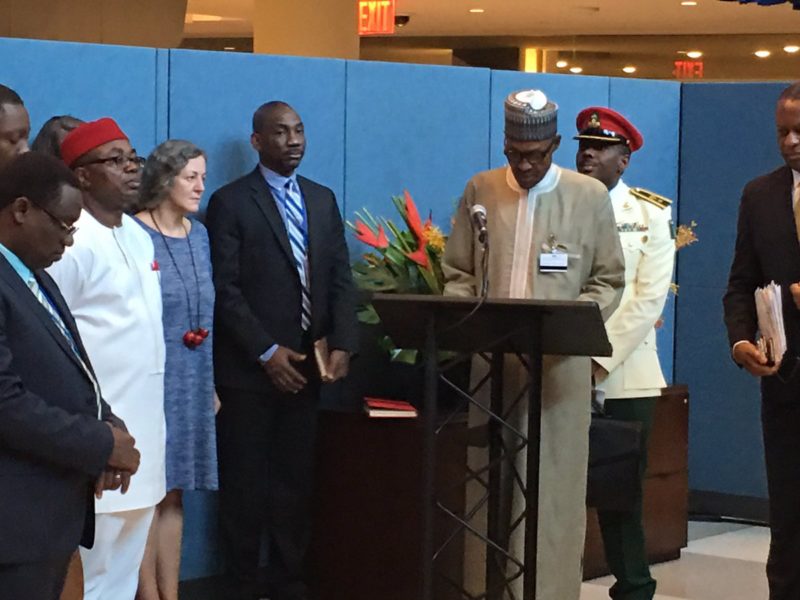 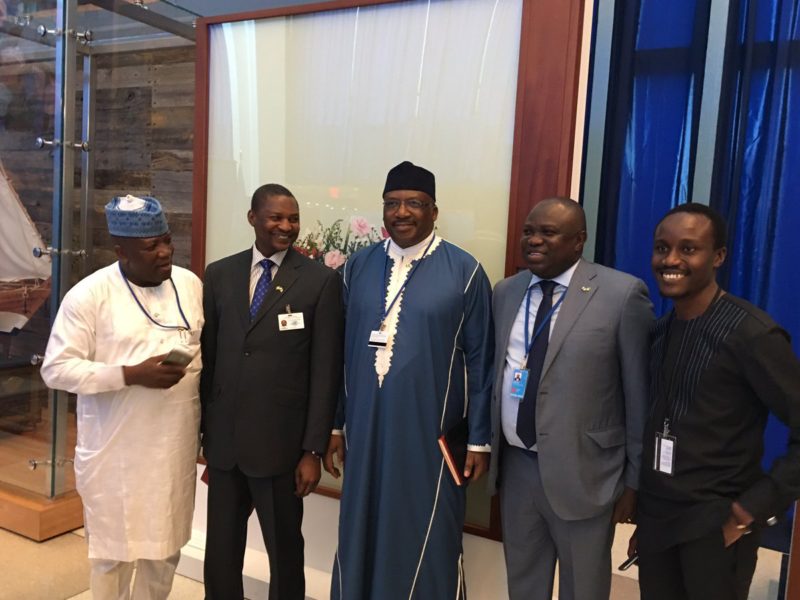 Some members of the Nigerian delegation. Lagos governor, Akinwunmi Ambode, is second right