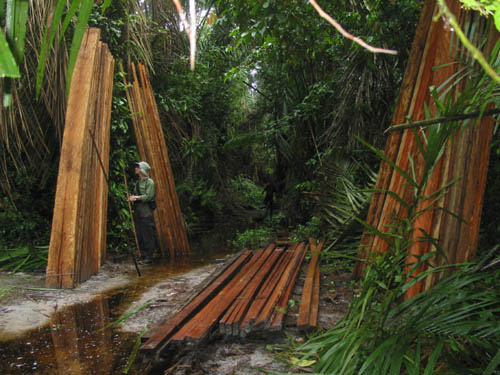 Heads of State and more than 190 nations have given the green light to a Green Economy in the context of sustainable development and poverty eradication.

This followed a range of outcomes that emerged at the close of the Rio+20 Summit that held recently in Brazil. Observers believe that, if the outcomes are embraced over the coming months and years, they offer the opportunity to catalyse pathways towards a more sustainable 21st century.

The nations agreed that such a transition could be “an important tool” when supported by policies that encourage decent employment, social welfare and inclusion and the maintenance of the Earth’s ecosystems from forests to freshwaters.

The decision supports nations wishing to forge ahead with a green economy transition while providing developing economies with the opportunity for access to international support in terms of finance and capacity building.

The Summit also gave the go-ahead towards a set of Sustainable Development Goals (SDGs) to bring all nations – rich and poor – into cooperative target setting across a range of challenges from water and land up to food waste around the globe.

The SDGs, which are expected to compliment the Millennium Development Goals (MDGs) after 2015, reflect the reality that a transition to an inclusive green economy and the realisation of a sustainable century needs to also include the footprints of developed nations as well as developing ones as they aim to eradicate poverty and transit towards a sustainable path.

Other potentially positive outcomes include: a 10-year framework on sustainable consumption and production; a decision to work towards a new global indicator of wealth that goes beyond the narrowness of GDP; and encouragement for governments to push forward on requiring companies to report their environmental, social and governance footprints.

After some four decades of discussion and calls, governments agreed on an upgrading of the UN Environment Programme (UNEP) in order to strengthen the environmental pillar of sustainable development.

The decisions include addressing the limited membership of UNEP which currently stands at 58 member states into a body with universal membership of its Governing Council while increasing UNEP’s financial resources by an increased allocation from the UN’s regular budget.

The Rio+20 outcome also calls on the next General Assembly of the UN to strengthen UNEP’s ability to assist member states at the regional and national level and to build on its science-policy interface including through UNEP’s flagship Global Environment Outlook process.

The Congress, involving some 200 delegates including chief justices, senior judges, attorney-generals, chief prosecutors, auditor-generals and senior auditors, called on governments to back an Institutional Framework for the Advancement of Justice, Governance and Law for Environmental Sustainability in the 21st Century backed by UNEP.

UN Under-Secretary General and UN Environment Programme (UNEP) Executive Director, Achim Steiner, said: “The outcome of Rio+20 will disappoint and frustrate many given the science, the day-to-day reality of often simply surviving as individuals and as families, the analysis of where development is currently heading for seven billion people and the inordinate opportunity for a different trajectory. However if nations, companies, cities and communities can move forward on the positive elements of the Summit’s outcome it may assist in one day realising the Future We Want.”

The gathering likewise addressed growing concern that Gross Domestic Product may have out lived its usefulness in a world where natural resource scarcity, pollution and social exclusion are also becoming drivers of whether a nation’s wealth is truly going up or running down.

The Summit’s outcome document requests the UN Statistical Commission to work with other UN bodies including UNEP and other organisations to identify new approaches for measuring progress.

The Commission’s work will draw on a range of assessments and pilot projects ongoing across the globe.

Another potentially significant step forward was the adoption of a 10-year framework on sustainable consumption and production covering several sectors ranging from tourism to government procurement.

During Rio+20, over 30 governments and institutions including Brazil, Denmark, Switzerland and UNEP announced a new global International Sustainable Public Procurement Initiative (SPPI) aimed at scaling-up the level of public spending flowing into goods and services that maximize environmental and social benefits.

Studies indicate that sustainable public procurement, which represents between 15 and 25 percent of GDP, offers a tremendous opportunity towards green innovation and sustainability.

Examples from around the world show that sustainable public procurement has the potential to transform markets, boost the competitiveness of eco industries, save money, conserve natural resources and foster job creation.

In India, for example, government procurement is worth about $300 billion and is expected to grow by more than 10 percent annually in the coming years.

An estimated 25 per cent of the 20,000 companies tracked by Bloomberg are reporting their environmental, social and governance footprints – but 75 percent are not.

Such in-depth data offers the opportunity for pension funds to invest in companies with a long term perspective of profits through sustainability reporting while assisting governments in measuring the contribution of multi-nationals towards national sustainability goals and progress beyond GDP.

On 20 June, several countries including Brazil, Denmark, France and South Africa – several of whom already have stock exchanges requiring better reporting – announced they would move forward on the issue with support from UNEP and the Global Reporting Initiative.

European Union (EU) member states will not be allowed...

The Federal Government has called on the management of...