For tobacco control measures to be effective , the Federal Government must take pro-active measures to tackle the inflow of illicit tobacco products into the country, the Environmental Rights Action/Friends of the Earth Nigeria (ERA/FoEN), has said. 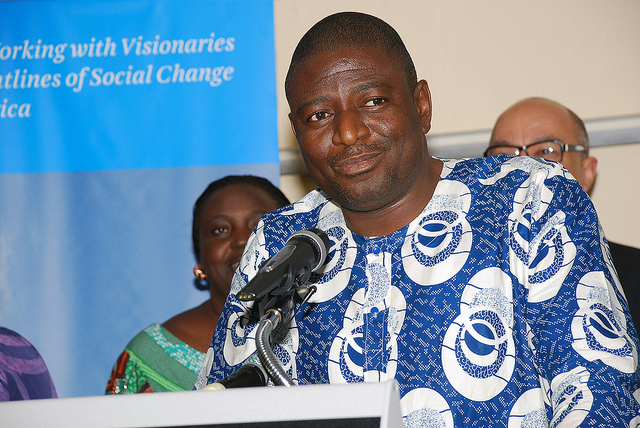 In a statement released to mark this year’s World No Tobacco Day (WNTD), the group stated that the Tobacco Control  Law recently signed by former president, Goodluck Jonathan, can only be effective if high taxes are imposed on tobacco products and effective actions  taken to  end the availability of cheap products through smuggling.

With this year’s theme of  “Stop Illicit Trade In Tobacco”,  the World Health Organisation (WHO) submitted, “Eliminating the illicit trade in tobacco would generate an annual tax windfall of US$ 31 billion for governments, improve public health, help cut crime and curb an important revenue source for the tobacco industry.

The ERA/FoEN Director of Corporate Accountability Campaigns, Akinbode Oluwafemi, said, “Now that Nigeria has a tobacco control law, government must plug every hole that could undermine its effectiveness. A very big hole is the
smuggling of tobacco products through our very porous borders.

“A worrying trend that government however, needs to know is that the big tobacco companies use smuggling as market penetration tool. They are therefore never to be treated as ally in the fight to end smuggling. They have at several times used smuggling arguments  to scare government from imposing appropriate taxes on cigarette products. We do expect the new government not to succumb to  their cheap blackmail. This government will do public health and the economy a lot of good  by raising taxes on tobacco products and prosecuting whoever engages in tobacco smuggling.

ERA/FoEN lamented that more and more unregulated tobacco products like Shisha now flood the Nigerian market and called on government to immediately begging nationwide implementation of the National Tobacco Control Law. The group emphasised that, as the Federal Government begins to “take steps to implement proven measures to reduce tobacco use, it  can further increase the impact of  the law by taking action to crack down on illicit trade and neutralise the tobacco industry’s ability to use illicit trade as an argument to stop progress.”

“We must take every step necessary to ensure that our populace is prevented from the harms caused by tobacco which is estimated at six million lives every year. Government must ensure that all arteries to cheap tobacco products
are blocked.

“We are also using the occasion to call on the Fedreal Government to ratify the World Health Organisation- Framwork Convention on Tobacco Products (FCTC) Protocol for the to Eliminate Illicit Trade in Tobacco Products,”
Akinbode added.