The United Nations on Saturday, March 25 2017 dimmed the lights at its iconic Headquarters complex in New York and other facilities around the world in observance of the tenth annual “Earth Hour”, global event to put the spotlight on the issues facing the planet and to inspire millions across the world to live more sustainably. 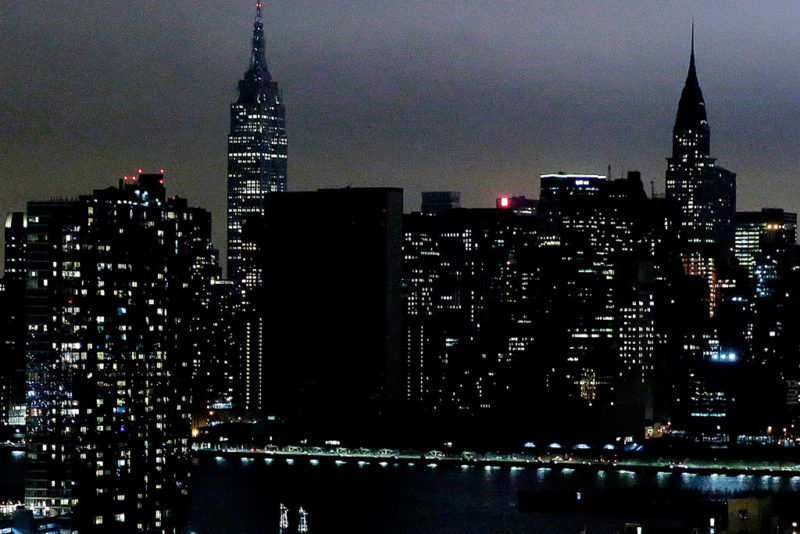 In a video message, UN Secretary-General António Guterres, said: “Climate change continues to imperil lives and livelihoods around the world. Last year was – again – the hottest on record. The landmark Paris Agreement gives us an unprecedented opportunity to limit global temperature rise, promote clean energy for all and create a sustainable future.”

Governments and businesses must step up. So must individuals. Building a sustainable tomorrow depends today on everyone, said the UN chief, asking the world to join him in turning off their lights at 8:30 p.m. local time.

“From the darkness, we can create a sustainable and inclusive world for all,” he said.

Organised by the World Wildlife Fund (WWF), Earth Hour encourages individuals, companies, organisations and governments to switch off their lights for one hour at 8:30 p.m., local time worldwide, to focus attention on people-driven solutions to protecting the planet and building a bright, sustainable future.

First launched in 2007 in Australia, Earth Hour has become an annual event, mobilising hundreds of millions of individuals to participate and growing to become the world’s largest grassroots movement for the environment.

According to the WWF, the UN family joined the thousands of homes, offices, skylines and monuments that went dark on Earth Hour’s tenth anniversary to put the spotlight on the issues facing the planet, and to inspire millions across the world to live more sustainably.

Hundreds of landmarks – from New York to Uganda and Sweden to Malaysia – turned off their lights on the night of Earth Hour, including iconic sites such as the Eiffel Tower, Taipei 101, the Empire State Building and the Acropolis.

This year the Earth Hour movement invited supporters to show their commitment to the cause on their Facebook timelines, in parallel to the lights out rolling across skylines.