Council moves to save flood-threatened Jigawa bridge from collapse

September 15, 2018 Comments Off on Council moves to save flood-threatened Jigawa bridge from collapse 560 Views

The Kirikasamma Local Government Council in Jigawa State has commenced erection of a sandbag embankment at Marawaji Bridge to save it from imminent collapse. 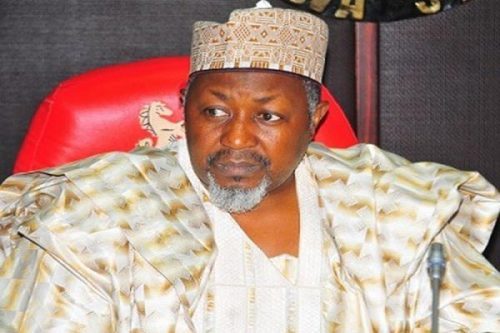 The News Agency of Nigeria (NAN) reports that the bridge, which connects 20 other communities, is being threatened by flood.

Speaking at the project site on Saturday, September 15, 2018 at Kirikassama, the council’s Chairman, Alhaji Salisu Kubayo, said the council had acquired an excavator, a tipper and over 2000 sacks for the project.

“The release of water from Tiga Dam means that disaster will soon befall us if we do not take urgent measures to prevent this bridge from collapse.

“Due to the high volume of water, it washed away the surface leading to the two entrances to the bridge, making movements of people and vehicles almost impossible.

“We are now building a sandbag embankment to stop the water from going out of its way to destroy the bridge,” he said.

Kubayo, who personally took part in the manual labour, distributed over 1000 sacks to Community Based Organizations (CBO’s) for the construction of river embankments in their various localities.

He advised them to avoid being ravaged by flood like the neighboring communities and urged them to use the sacks for the purpose they were meant.

“Do not divert them for personal use, if you use these sacks judiciously, you will save lives and property in over 30 communities currently at risk of being destroyed by flood in Kirikasamma,” he appealed.

The chairman also advised farmers in the council to ensure that crops ready for harvest were harvested and moved to their homes immediately in order to avoid damages.