A total of 21 new amphibian and reptile species as well as two new subspecies were discovered in China in 2017, according to a recent academic report. 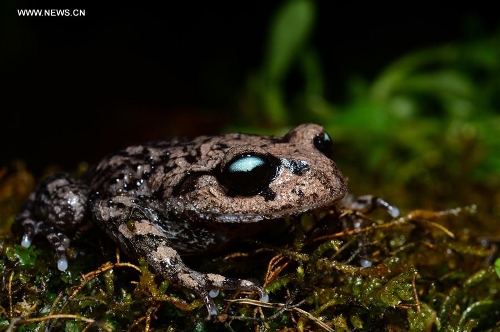 The new species and subspecies belong to 16 genuses in 10 families, four orders, the report said.

Unlike in 2016, when most newly-discovered species were from southwest China’s Yunnan Province and Tibet Autonomous Region.

The new species found in 2017 had a vast distribution, stretching more than 10 municipalities and provinces, according to Wang Kai, Author of the report and Researcher with the Kunming Institute of Zoology.

Kai said researchers also spotted a further two amphibian and reptile species that were never before seen in China.

Like Loading...
2018-01-02
admin
Previous: Schools in cholera-hit areas in Lusaka to remain closed
Next: Harmattan: Cost of dust mask rises in Kano