A new scientific assessment of climate change in the Arctic, by the Arctic Council’s Arctic Monitoring and Assessment Programme (AMAP), concludes that the Arctic is shifting – rapidly and in unexpected ways – into a new state. If current trends are allowed to continue, they will have increasingly profound impacts on human health and safety, industries and economies, and ecosystems around the world. 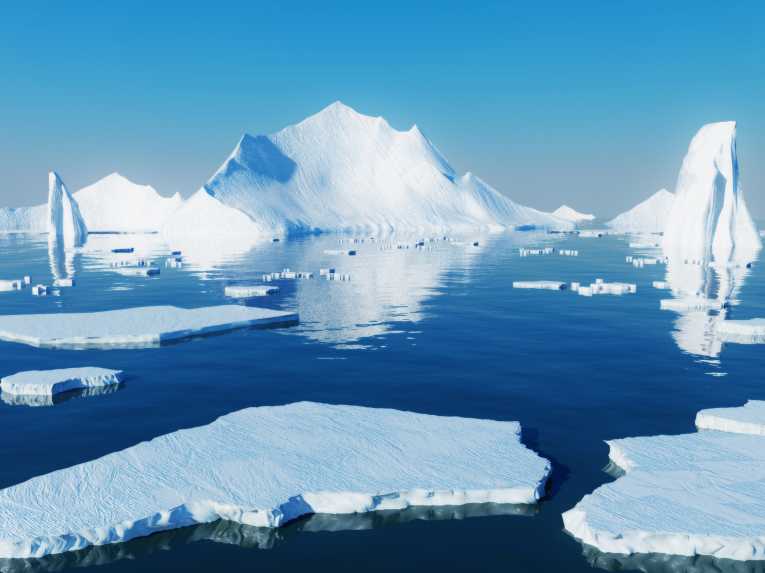 But the assessment, an update of AMAP’s 2011 Snow, Water, Ice, and Permafrost in the Arctic (SWIPA) report, also found cause for hope: Implementing the 2015 Paris Agreement would limit the extent to which the Arctic climate changes over the remaining decades of this century. While the Arctic environment will continue to change regardless of efforts to reduce emissions, the Paris Agreement would strongly reduce future changes in the Arctic after mid- century, compared with a business-as-usual scenario.

More than 90 scientists contributed to the new assessment, which was peer-reviewed by 28 experts. The assessment mainly covered the period 2011-2015, with updates to include observations from 2016 and early 2017.

What have scientists observed?

The warming of the Arctic, marked by record-setting temperatures in recent years, is leading to continued or accelerating losses in sea ice and snow, melting of glaciers and ice sheets, freshening and warming of the Arctic Ocean, thawing of permafrost, and ecological shifts. SWIPA 2017 found that the Arctic was warmer from 2011 to 2015 than at any time in the period of instrumental records beginning around 1900 in the Arctic, and the Arctic has been warming more than twice as rapidly as the world as a whole for the past 50 years. During the winters of 2015-2016 and 2016-2017, near-surface air temperature extremes were nearly double (+6°C) those of the previous maximums for these months. Intrusions of warm air delayed sea-ice freeze-up in the Chukchi and Kara Seas, in turn allowing the warm air to advance further toward the North Pole.

A record low minimum in sea ice extent occurred in 2012, and a record low maximum sea ice extent occurred in 2016. New observations from March 2017 show the lowest extent ever for this month since the start of satellite observation. Most sea ice in the Arctic is now “first year” ice that grows in autumn and winter but melts during the spring and summer. The area covered by snow during the month of June in the North American and Eurasian Arctic is now typically about half that observed before 2000.

Meltwater from Arctic glaciers, ice sheets, and ice caps accounts for more than a third of global sea level rise, according to the new assessment. Since 2000, ice on Greenland – the source of 70% of the Arctic’s contribution to sea-level rise – has released enough meltwater to raise global sea levels by more than 1 centimetre.

What are the projections and implications for the future?

The physical, chemical, and biological environments of the Arctic are undergoing fundamental changes, with important consequences for Arctic ecosystems and people living and working in the Arctic. The Arctic plays an important role in global climate and weather, sea level rise, and world commerce, meaning that impacts in the Arctic will resonate far south of the Arctic Circle.

Autumn and winter temperatures in the Arctic are projected to increase to 4–5°C above late 20th century values before mid-century, twice the increase for the Northern Hemisphere as a whole. The Arctic Ocean could be largely ice-free in summer by the late 2030s, earlier than projected by most climate models. Changes in sea ice affect populations of polar bears, ice-dependent species of seals and, in some areas, walrus, which rely on sea ice for survival and reproduction.

Projections for the end of the century vary widely based on assumptions about future emissions. A high-emissions scenario (business as usual) would lead to transformative changes in the Arctic, with the average winter temperature in 2100 increasing by 12°C relative to that of the late 20th century. In contrast, an emissions reductions scenario (similar to but not as stringent as that envisioned under the Paris Agreement to keep global warming well below 2°C), would produce a warming in the Arctic of around 6°C in winter.

Studies have linked the loss of land and sea ice in the Arctic, along with changes in snow cover, to changes in Northern Hemisphere storm tracks, floods, and winter weather patterns – even finding evidence that Arctic changes influence the onset and rainfall amounts of Southeast Asian monsoons. This evidence suggests that future changes in the Arctic will affect weather elsewhere in the world even more than they do today.

Another key finding of SWIPA 2017 is that the most optimistic estimates of future sea level rise (at the lowest end of the range) by the Intergovernmental Panel on Climate Change may be too low. If increases in greenhouse gas concentrations continue at current rates, the melting of Arctic land-based ice would contribute at least another 25 centimetres to sea-level rise between 2006 and 2100, potentially affecting hundreds of millions of people living along coastlines and low-lying islands.

What can we do?

To limit future damages, the world will need to make substantial near-term cuts in greenhouse gas emissions, greater than those currently planned by parties to the United Nations Framework Convention on Climate Change. Achieving the targets of the Paris Agreement would cause Arctic temperatures to stabilise – at a higher level than today – in the latter half of this century, and would avoid more than 20 centimetres of additional global sea level rise compared with what would occur under a business-as-usual scenario.

Because the climate system takes time to fully respond to changes in greenhouse gas emissions, some additional climate change is inevitable regardless of efforts to reduce emissions. Changes are expected to be greatest in the Arctic, with ripple effects throughout the world. For that reason, action is also needed to help Arctic communities and global society reduce vulnerabilities to impacts such as sea-level rise, changes in the frequency and severity of extreme weather events, and changes in precipitation patterns.

The SWIPA 2017 Summary for Policymakers includes recommended action steps to reduce future climate change and its impacts on Arctic countries and nations throughout the world. These will be presented to the Ministers of Foreign Affairs of the Arctic States and representatives of Arctic Indigenous Peoples’ organisations at the Arctic Council meeting in Fairbanks, Alaska, on May 11, 2017. 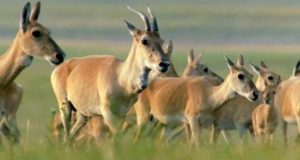