April 26, 2017 Comments Off on Why world’s largest investors are taking climate action 841 Views

The world’s biggest investors are responding to the global commitment to tackle climate change and are rapidly scaling up action to protect their portfolios, reveals the annual benchmark report on the industry from the Asset Owners Disclosure Project (AODP). 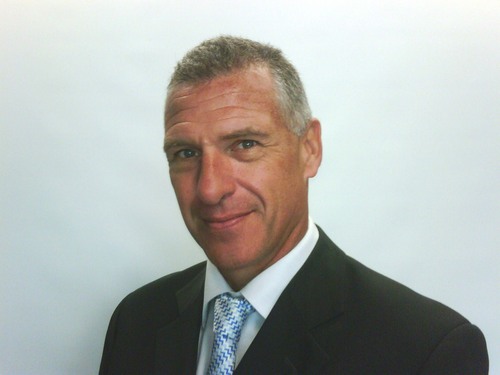 Sixty percent of the world’s 500 biggest asset owners, with funds worth $27 trillion, now recognise the financial risks of climate change and opportunities in the low carbon transition and are taking action, an 18% increase since last year, with Europe and Australia leading the way, finds the fifth Global Climate 500 Index.

This year AODP has for the first time also assessed the world’s 50 biggest asset managers, who manage $43 trillion on behalf of their clients, over 70% of global assets under management. It finds that they are taking climate risk even more seriously, with only three US funds ignoring the issue.

However, 201 asset owners with $12.5 trillion in investments show no evidence of any action on climate risk, with North America and Asia lagging furthest behind. They include 68% of institutions in Germany, 67% in China, 63% in the US, 29% in Switzerland, 26% in Japan and 24% in Canada.

AODP CEO Julian Poulter said: “The Paris Agreement sent a clear message of global commitment to tackle climate change. Institutional investors are responding by rapidly scaling up action to tackle climate risk and seize opportunities in financing the low carbon economy. This is recognised as a key issue by the Financial Stability Board and our Index enables asset owners and managers to report against the framework which will be recommended to the G20.”

But he added: “It is shocking that many pension funds and insurers are still ignoring climate risk and gambling with the savings and financial security of millions of people. As the number of these laggards falls, their exposure to market repricing grows significantly higher and a time may be approaching when it is too late to avoid portfolio losses.”

Climate risk rose further up the investor agenda in 2016. The Paris Agreement came into force, with recognition that global financial flows must be aligned with the commitment to keep climate change below 2C. The Taskforce on Climate-related Financial Disclosures (TCFD), set up by the international Financial Stability Board, delivered recommendations which are due to be considered by the G20 in July. The world’s first law requiring investors to disclose climate risk came into force in France, providing a model for other countries.

The independent, non-profit AODP rates asset owners and managers on three capabilities which align with the key areas highlighted by the TCFD: Governance and Strategy; Portfolio Risk Management; and Metrics and Targets. It aims to provide an effective framework for them to meet and, ideally, exceed any climate disclosure guidelines endorsed by the G20. Institutions are graded from AAA-A-rated Leaders to D-rated institutions taking their first steps on climate risk. Those providing no evidence of action are rated X and classed as Laggards.

The report finds that although asset owners are making rapid progress, asset managers are ahead on a range of key activities:

Across the Index low carbon investment by asset owners has risen 68% to $203 billion, but still represents only 0.5% of total assets under management. Low carbon investments in the US doubled to $55 billion, 0.5% of country AUM, but the Netherlands’ $47 billion represents 3.1% of country AUM. If all countries matched the Netherlands’ record it would generate an additional $1.3 trillion of investment in the low carbon economy.

Europe’s 19 asset managers achieve an average B rating, and they include the ten institutions with the highest ratings overall. The only asset manager to earn a AAA rating is the Netherlands’ $441 billion APG Asset Management. The $1,140 billion Legal & General Investment Management, rated AA, comes second, one of five UK asset managers in the top ten. Asset managers are concentrated in 10 global markets and the six highest rated are all European: Netherlands, Germany, UK, France, Switzerland and Italy.

US asset managers account for 27 of the top 50 and manage $30.5 trillion, 70% of Index assets, but the average rating is also D. Blackrock, the world’s largest asset manager with $4,645 billion of assets under management, and Goldman Sachs ($1,252bn AUM) are rated C, while Vanguard ($3,500bn AUM) and State Street ($2,245bn AUM) are among 18 rated D. The only asset managers in the entire top 50 ignoring climate risk are Fidelity Investments ($2,060bn AUM), Affiliated Managers Group ($611bn AUM) and New York Life Investment Management ($528bn AUM).

Across Asia the average asset owner rating is D, although there are signs of progress. A quarter (26%) of Japan’s funds are Laggards with over $1 trillion of investments, but this has more than halved from 58% a year ago. They include insurers $493 billion Mitsui Mutual and $477 billion Zenkyoren. Japan’s two asset managers also rate D. Six of China’s nine asset owners are Laggards controlling $2.6 trillion, a position at odds with the country’s leadership on green finance within the G20 and its ambitious plans to invest in renewables, suggesting that there may be significant action that is not being disclosed.

Australia and New Zealand rival Europe. Australia’s $7 billion Local Government Super tops the Global Climate 500 Index, one of six institutions in the Leaders group, and overall its 29 asset owners achieve an average B rating. One of New Zealand’s two funds is also a Leader. However, Macquarie, the sole Australian institution among the top 50 asset managers, rates D. This is a cause for concern, given that it is set to acquire the UK’s Green Investment Bank.

Julian Poulter said: “Climate change is becoming a central part of risk management around the world, and will transcend short-term political setbacks such as moves by the Trump administration in the US to roll back action on climate change. Once investors adopt prudent risk management practices they will not unlearn them.”

The Global Climate 500 Index reveals that institutions are rapidly scaling up their action on climate risk and achieving higher ratings. Seventeen asset managers now merit a top AAA-rating, up from 12 year ago. The overall Leader group rated AAA-A has risen to 34 from 31, with new members including TIAA, the $915 billion US pension/asset manager and AXA the $601 billion French insurance giant.

There are now 112 institutions worth $10.7 trillion rated C and above taking tangible action on climate change – 22% of the Index – up from 97 worth $9.4 trillion a year ago. The group of D-rated institution taking the first steps has grown to 187 from 157. The group of X-rated Laggards has shrunk from 246 to 201.

However, 23 asset managers managing $19.7 trillion of funds are taking tangible action on climate change with a rating of C or above, twice the proportion of asset owners. A further 24 asset managers with $20.6 trillion under management are rated D.

Sovereign wealth funds in China and oil states dominate the biggest asset owner Laggards, including the $814 billion China Investment Corporation, Saudi Arabia’s $654 billion SAMA Foreign Holdings, and the $592 billion Kuwait Investment Authority. With ambitious renewable energy targets in all these countries, there is hope that their institutions will follow the example set by the UAE which disclosed climate action for the first time this year.