February 13, 2018 Comments Off on American woman found with eye worm previously known only in cattle 1,069 Views

North Americans may be more vulnerable than previously thought to irritating and potentially dangerous infections with two different types of tiny but tenacious eye worms, according to two studies published on Monday, February 12, 2018 in the American Journal of Tropical Medicine and Hygiene. 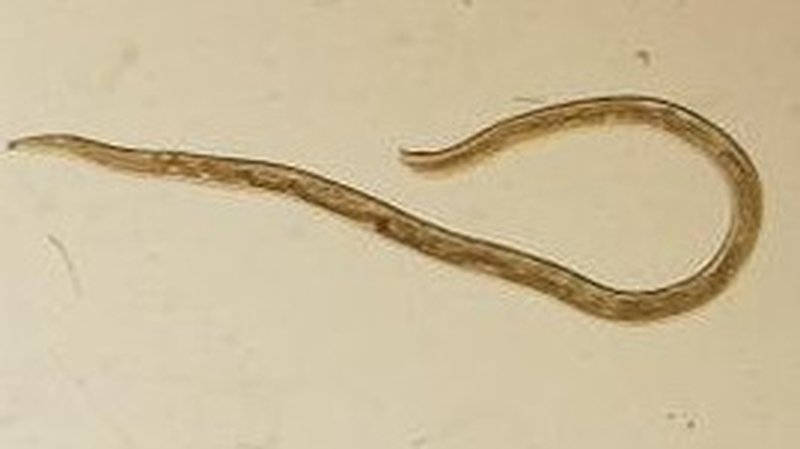 The worms are less than 1.27cm long

In one study, scientists from the United States Centres for Disease Control and Prevention (CDC) reported the case of an American woman based in Oregun who represents the first known instance in the world of a human infection with Thelazia gulosa, a type of eye worm found throughout the northern United States and southern Canada – but previously seen only in cattle. These eye worms are spread by flies that feed on the tears that lubricate the eyeball.

“Cases of eye worm parasitic infections are rare in the USA, and this case turned out to be a species of the Thelazia that had never been reported in humans,” said Dr Richard Bradbury, the lead author of the study who works with the CDC’s Division of Parasitic Diseases and Malaria. “Previously, it was thought that there were only two different species of these (Thelazia) eye worms that infected humans worldwide. Now, we have to add Thelazia gulosa, a third one to the list.”

Bradbury said the infection in the Oregon woman presented as a typical eye worm infestation. The woman first reported sensing an irritant in her left eye. About a week later, she removed a small, translucent worm. According to the study, a total of 14 worms – all less than half an inch long – were extracted from the woman’s conjunctiva and the surface of her eye over a two-week period before her symptoms ceased.

Physicians focused treatment on removing the eye worms with small, tweezer-like forceps or irrigation of the infected eye. Authors note that in Asia and Europe, a subcutaneous dose of the anti-parasitic drug ivermectin has been used to cure human infections.

Eye worms, technically known as Thelazia, are found in a variety of animals – including cats, dogs, and wild carnivores like foxes. They are transmitted by different types of flies. Bradbury said most of the time, people who get these eye worms experience inflammation and the sensation that there is some type of foreign body in the eye. He said symptoms typically resolve, as they did for the Oregon woman, after the worms are removed. But he noted that occasionally, the worms will migrate across the surface of the eye and cause scarring of the cornea and even blindness.

Human infections with eye worms are most often seen in the elderly or in young children, given that both patient groups “may be less able to keep flies away from their faces.” The researchers suspect the woman encountered face flies, which also feed on eye secretions, while horseback riding and fishing in a coastal area of Oregon where cattle farming is common.

Several of the worms from the Oregon case were sent to the CDC’s parasitic disease reference laboratory, where examination identified them as cattle eye worms, which are spread by a type of fly known as face flies.

“We immediately thought it could be Thelazia californiensis because that is the only species that was known to infect humans in the U.S.,” said Bradbury. “It was only after we looked more carefully that we realized some differences in anatomy that meant it could not be T. californiensis. We had to go back to papers published in German back in 1928 to help identify this worm as Thelazia gulosa.”

“This case report underscores the importance of the public health work done by CDC’s parasitic diseases reference laboratory in diagnosing parasitic diseases in the United States and around the world,” said ASTMH President Regina Rabinovich, MD, MPH. “Their depth of expertise is unmatched and invaluable in the fight against parasitic diseases.”

ALSO READ:  Vaccines to be delivered to 20 countries from next week – Africa CDC

Another species of eye worm on the move
Meanwhile, another species of the Thelazia eye worm previously known to infect humans, Thelazia callipaeda, originating from Asia, has spread across Europe, where it is transmitted by a common fruit fly, Phortica variegata.

While Thelazia callipaeda has yet to be found in North America, scientists from the Department of Veterinary Medicine at the University of Bari, Italy, demonstrated in a separate study that fruit flies isolated in upstate New York are capable of carrying this eye worm species.

“We’re not sure of the exact distribution of these fruit flies in North America, but their presence in upstate New York suggests this geographic area is potentially suitable for spreading the eye worms that cause human infections in Europe and Asia,” said Domenico Otranto, the study’s lead author.

Otranto said that 12 years ago researchers correctly predicted the spread of this type of eye worm from southern Europe to many other geographical areas of Europe based on the same evidence gathered in the New York study: the presence of fruit flies that can carry the parasite.