The Senate on Tuesday, February 13, 2018 in Abuja urged the Federal Government to ban importation of palm oil into the country in order to protect local production as well as encourage farmers. 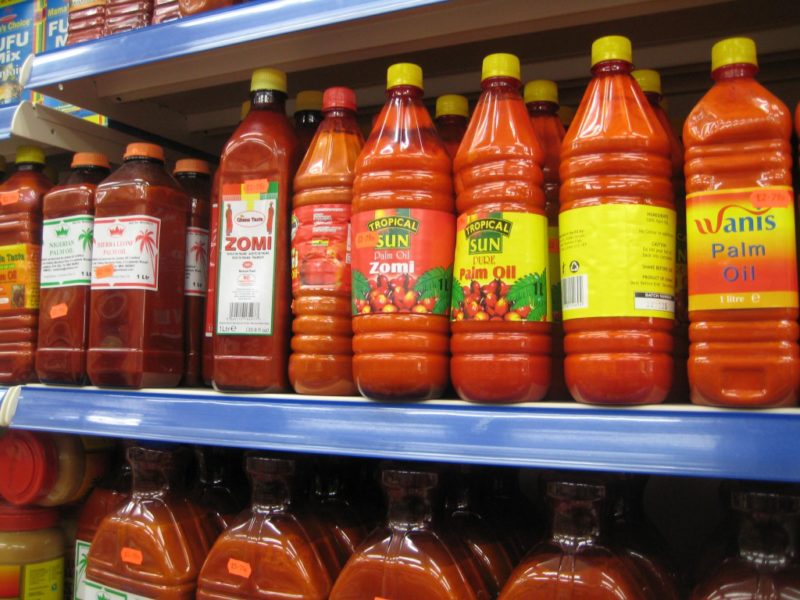 This followed the unanimous adoption of a motion entitled: “Urgent Need to Halt the Importation of Palm Oil and its Allied Products to Protect Palm Oil Industry in Nigeria.’’

In a lead debate, the sponsor of the motion, Sen. Francis Alimikhena (Edo-APC), decried importation of palm produce into the country.

Alimikhena expressed concern that importation of palm kernel and allied palm products are threats to Federal Government’s campaign on diversification of the economy through increased agricultural production and exports.

“Nigeria was the world leading producer of palm oil at independence, but unfortunately, Indonesia and Malaysia have overtaken us and we are now importing palm oil.

“Malaysia which is widely believed to have collected its first seedlings from Nigeria some decades ago, is now exporting palm oil products to us.

“The government must reverse this trend with copious investments in the local palm industry and the protection of local producers from unnecessary imports,’’ Alimikhena said.

“We have no business importing palm kernel or any oil palm product from any country.

“At independence, agriculture was the mainstay of Nigeria’s economy. More than 70 per cent of the population was engaged in agriculture.

“Apart from various food crops produced in the country, Nigeria was a major producer of palm oil/kernel, cocoa, groundnut and rubber.

“But following the discovery of crude oil in commercial quantity in the 70s, agriculture was neglected,’’ Alimikhena said.

He added that the importation of the product was harming the local palm industry and depleting foreign reserve.

“This is also threatening the viability of the industry into which many Nigerians have sunk huge sums of money in support of the government’s export promotion drive.

“If the palm industry is fully developed, it will guarantee mass employment and boost our foreign exchange earnings,’’ he added.

Contributing, Sen. Theodore Orji (Abia-PDP) said there was need to establish a special fund to encourage local production of palm oil in the country.

He also expressed concern that many oil production plants in the country were moribund.

According to Orji, palm oil used to be a major income earner for the country, but unfortunately many plants are dead.

On his part, Sen. Jibrin Barau(Kano-APC) called for introduction of policies that would be targeted at encouraging local production of cash crops.

Sen. Rabiu Kwankwaso (Kano-APC) also urged the Federal Government to ban importation of cash crops that can be produced locally.

“Also there is need for the Committee on Agriculture and Rural Development to invite the Nigerian Institute for Oil Palm Research (NIFOR) on why it has failed to deliver on its mandate,’’ Kwankwaso said.

In his remarks, the Deputy Senate President, Ike Ekweremadu, said that the importance of reviving the country’s palm oil industry cannot be overemphasised.

“There is need for this sector to be properly positioned to play its role as one of the major income earners for the country.

“When the palm oil sector is revived, it will boost employment,’’ Ekweremadu said.