The key issues in the Niger Delta region are bordering on poverty, environmental pollution and degradation, militancy, resource allocation, inadequate infrastructure among others. Although previous governments have made attempts at addressing some of these issues, for instance the infrastructure problem with the East-West Road, the Amnesty Programme initiated to deal with militancy and a few more others, overall results are not overwhelming enough given the fact that the region occupies a major position in the political economy of the country. Perhaps, this is the reason why issues relating to the environment and resource allocation are still burning. 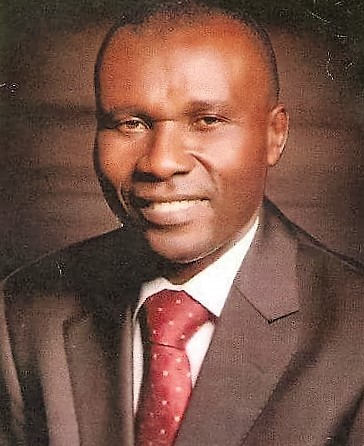 However, globally it is known that the peace and economic prosperity of any nation are perpetually hinged on responsible and visionary leadership. Apparently, the Niger Delta region would have shared the same fate in terms of this norm, but at present, enduring successes have not been recorded. That said, enough attention has not been given to policy implementation, meanwhile, several policy documents of the Federal Government have had a place for the Niger Delta region since independent, ranging from vision 20:2020, to the Niger Delta Master Plan and the Ledum Metee Committee Report. Evidently, these policy documents have not been given the desired attention.

With the election of the Buhari administration and appointment of a new Minister of the Niger Delta Affairs, Pastor Uguru Usani, expectation in the region is that, he must move away from the failure of the past and urgently focus attention on bringing real changes to address the Niger Delta question. At the level of policy implementation for instance, the Minister should assiduously work at resolving 4 issues that have remained a sore thumb. These are:

Given the change mantra of the current government, the Ministry of Niger Delta Affairs under the new Minister, Usani, should work with other agencies of government at the federal and state levels in the Niger Delta region, to create sustainable empowerment programmes that will improve rural livelihoods as well as embark on aggressive environmental awareness campaigns. This will reduce the prevalence of high level of poverty and also enhance environmental awareness and conservation among rural dwellers in the region. He can achieve this by first ensuring as a matter of urgency the immediate implementation of the Ledum Metee Committee Report as well as the UNEP Report and unveiling of the Niger Delta Master Plan. The yet to be unveiled document which is a comprehensive regional blueprint for the sustainable development of the area, with objectives that embrace economic growth, infrastructure development, communities’ peculiar needs, and environmental preservation for the development of the oil rich region.

He should join forces to push for the passing into law, the Petroleum Industry Bill (PIB) which has remained intractable. Another area the minister should focus on with sincerity, purpose and passion is the proper handling of the Bakasi People Restoration. Time is ticking if the minister really wants to bring meaningful changes to the development of the region; the first step is the immediate resolution of these issues.