July 2, 2015 Comments Off on Access to sanitation, open defecation in Nigeria worsen 1,081 Views

Some 663 million people are still without an ‘improved’ source of water and some 2.36 billion do not have a basic, hygienic toilet, a joint monitoring programme by UNICEF (United Nations Children’s Fund) and WHO (World Health Organisation) has revealed. 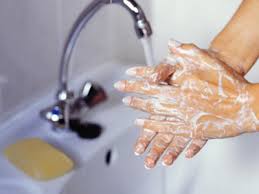 The regular update is the last report on progress and access to drinking water and sanitation ahead of the expiration of the Millennium Development Goals (MDGs), a set of lofty UN ambitions which set out in 2000 to halve the proportion of people without access to water and sanitation, among other goals.

As these goals expire this year, the goal on water has been met overall, but with wide gaps remaining, particularly in sub-Saharan Africa.

The goal on sanitation, however, has failed dramatically. At present rates of progress it would take 300 years for everyone in sub-Saharan Africa to get access to a sanitary toilet.

At the last update, in 2014, 748 million people were found to not have access to an ‘improved’ water source and 2.5 billion were without basic, sanitary toilets.

‘Improved’ water sources are protected from contamination and usually safe to drink. However UNICEF and the WHO have also warned that as many as 1.8 billion people are still at risk of going without access to water that is both safe and affordable.

WaterAid Nigeria Country Representative, Dr. Michael Ojo, said: “It is true that a lot has changed in the 25 years since the World Health Organisation/UNICEF Joint Monitoring Programme began to document the world’s access to drinking water and sanitation; the picture for Nigeria however has for the most part remained quite grim.

“Communities without safe water and basic toilets have higher rates of illness and are held back from economic progress. Children spend long hours fetching water instead of at school desks, parents are less able to spend time earning incomes and hospitals fill with people suffering from preventable water-borne illnesses. The burden is disproportionally felt by women and girls, who are most often tasked with fetching water and who are most at risk of harassment and worse if they are without a safe, private place to relieve themselves.

“As the UN prepares to adopt new development goals this September, mapping out ways to eradicate extreme poverty while building a healthier more sustainable world by 2030, water and sanitation must play a key role. Without these basic human rights, no society can progress. It is possible to reach everyone, everywhere with access to clean water and basic toilets by 2030 – but it will require dedicated political will and financing to achieve this.

One highlight of the new JMP report is the availability of country estimates for handwashing. Estimates for Nigeria’s total population with a handwashing facility at home with soap and water is 12%.

Noteworthy among the other highlights in the UNICEF-WHO findings:

Next month world leaders will travel to the UN International Financing for Development Conference in Addis Ababa, Ethiopia, to discuss how to finance the new UN Sustainable Development Goals (SDGs), ahead of their finalising and adoption in New York in September. Access to clean water, basic sanitation and good hygiene, as presently outlined in Goal 6, are critical to the creation of a healthier, more equitable world.

WaterAid has also tried to push and influence for water- and sanitation-related indicators in goals on health, education and gender rights. Sanitation was among the most off-track in the MDGs, a mistake that cannot be repeated.

In all goals, careful monitoring and the use of indicators on progress, including whether the poorest are being reached with basic access, whether water is safe and affordable, and whether wastewater is safely treated, will help ensure no one is left behind and governments are held accountable for their promises.

Like Loading...
2015-07-02
admin
Previous: Why Nigeria will submit climate action plan in September
Next: Nigeria commissions Ricardo-AEA to prepare INDCs 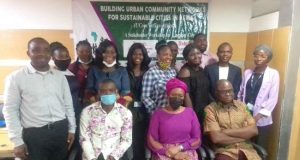