The Green Climate Fund (GCF) has begun disbursing resources to the first project it approved in Peru’s Amazon, providing dual benefits by safeguarding the “planet’s lungs” and bolstering the resilience of indigenous people. 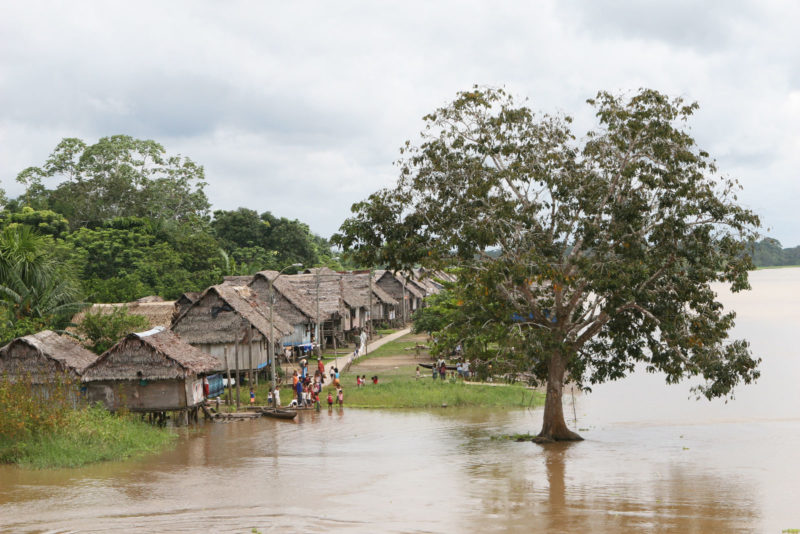 This $9.1 million climate finance initiative will help indigenous communities in the northern Peruvian province of Datem del Marañón manage their wetland resources in ways that avoid deforestation and the large-scale release of greenhouse gases stored in local peatlands.

GCF has transferred the first $1 million tranche of its approved $6.2 million grant to the Peruvian Trust Fund for National Parks and Protected Areas (PROFONANPE), the direct access Accredited Entity running the five-year project.

Following approval by the GCF Board in November 2015, PROFONANPE conducted an extensive consultation process over more than a year and a half with the indigenous communities participating in the project, as well as with their local, regional and national representatives. This allowed the project to fulfill conditions set by the GCF Board in order to receive its first disbursement.

The planet’s peatlands, most of which are found in South America, are a key piece in the climate conundrum. While they cover only three to five percent of Earth’s surface, they are estimated to hold more than 30 percent of the planet’s carbon stocks, in far denser quantities than aboveground stocks such as forests.

“The dual mitigation and adaptation focus of this Amazon basin project is mirrored in the global and local benefits it will provide,” said Alberto Paniagua, PROFONANPE’s Chief Executive Officer.

“This project will help indigenous communities improve their ability to manage wetland resources in the face of impending climate change, while better securing their livelihoods,” he explained. “At the same time, it will help stem emissions from the degradation of peatlands in this province, estimated to contain 3.78 billion tonnes of carbon dioxide equivalent (tCO2 eq.).”

“The area of the project covers an important part of the world where peatlands remain almost intact,” he said. “We must protect the Amazon, as the life of the planet depends on this ecosystem. While its geographical area is shared mostly by Peru, Brazil and Colombia, in a sense we all own the Amazon as it is the planet’s lungs.”

Mr. Paniagua also pointed out that the best way to prevent deforestation and peatland degradation in the Amazon is to support indigenous people to integrate their way of living into the local economies with neighboring communities, while maintaining their traditions and ancestral rights in their territory.

This includes their harvesting of palm trees that thrive in these wetland areas in ways that keep the trees standing. The sustainable harvesting of fruit from palm trees can bring considerable financial rewards, as the oil is used globally in food ingredients, hair and skin products and other commodities.

“We need to find new ways to support indigenous people, as some are already feeling the brunt of climate change from the loss of land through the changing flow of rivers and continuous threats to deforestation in their territory,” said Mr. Paniagua.

“This project will also encourage indigenous people to stay living in these areas as custodians of the land.”

The Green Climate Fund has signed an Accreditation Master Agreement with Conservation International, broadening the ...