Against the backdrop of the World AIDS Day 2014, Development Communications (DevComs) Network and its partners on the NOTAGAIN Campaign urge the Nigerian government to save women and children’s lives by adequately investing in prevention of mother-to-child transmission of HIV (PTMCT) and maternal health care for a healthy nation. 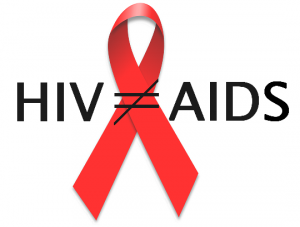 This appeal is premised on the World Health Organisation’s (WHO) recommendation in the Global Health Sector Strategy on HIV/AIDS 2011-2015, which advised countries to strengthen linkages between HIV and maternal, newborn and child health services and address sexual and reproductive health and rights issues by integrating HIV prevention, testing and counselling services into sexual and reproductive health services.

The strategy document demands that “HIV services should be integrated within a package of core interventions for maternal, newborn and child health; including high-quality antenatal, prenatal and postnatal services; prevention, screening and care for malaria and tuberculosis; syphilis screening and care; skilled birth attendance backed by emergency obstetric care; and newborn and child care, infant feeding support, immunisation and family-centered nutritional care and support.”

Accountability in PMTCT care and prevention of maternal newborn and child deaths are essential to restore the hope of care receivers in Nigeria. About 300 members of the Network of People Living With HIV/AIDS recently shut the office of the National Agency for the Control of AIDS (NACA), for dwindling access to anti-retroviral drugs and withdrawal of financial support to HIV/AIDS by donor organisations.

It is also a fact that HIV is the leading cause of deaths among women of reproductive age. According to a statement released by National Agency for the Control of AIDS (NACA) for the World AIDS Day 2014, 54% of pregnant women in low- and middle-income countries did not receive an HIV test in 2013; and almost 60% of all new HIV infections among young people aged 15–24 occurred among adolescent girls and young women.

The WHO says the World AIDS Day 2014 is designed to close the gaps in HIV prevention and treatment, owing to the fact that too many people still lack access to comprehensive HIV treatment and prevention services. The World health governing body states in its new release for this year’s World AIDS day that “Sub-Saharan Africa is the most affected region, with 24.7 million people living with HIV in 2013 and accounts for almost 70% of the global total of new HIV infections.

In bridging the gap in HIV treatment and prevention, Nigeria recently launched a National Operational Plan for the period of 2015-2016, targeted at the Elimination of Mother to Child Transmission of HIV in Nigeria.  Speaking at the launch Professor John Idoko, the Director General of NACA had explained that eliminating Mother to Child Transmission of HIV has ripple effects on the Millennium Development Goals, (MDGs) 3, 4, 5 and 6.

“The national programme for the Prevention of Mother to Child Transmission (PMTCT) of HIV started in 2001 with actual services delivery taking off in six (6) tertiary institutions in 2002. Since then the programme has been expanded to the primary and secondary health facilities in order to bring the services closer to the communities. Achieving the Elimination of Mother to Child Transmission  (EMTCT) is inextricably linked with and directly contributes to the Millennium Development Goals (MDGs), especially MDG 3, (Gender Equality), MDG 4, (reduce child mortality) and MDG 5 ( improve maternal health)  and MDG 6 ( combat HIV/AIDS). This positions EMTCT as an important part of the maternal and child health and the overall development agenda,” he said.

It should also be noted that, Elimination of Mother to Child Transmission (EMTCT) cannot be effective without proper prevention of new infections and prevention of mother to child transmission of HIV. The World Health Organisation in a July 2014 “consolidated guidelines on HIV prevention, diagnosis, treatment and care for key populations” recommended a four-pronged approach to PMTCT. The approaches include primary prevention of HIV infection among women of childbearing age, preventing unintended pregnancies among women living with HIV, preventing HIV transmission from women living with HIV to their infants, and providing appropriate treatment, care, and support to mothers living with HIV, their children and families.

Speaking about preventing HIV among women of childbearing age and preventing unintended pregnancies among women living with HIV, the Advocacy Advisor, Nigerian Reproductive Health Initiative (NURHI), Mrs. Charity Ibeawuchi, said correct and consistent use of male and female condoms could protect against the spread of sexually transmitted infections including HIV.

She then charged the government on speedy passage and implementation of the National Health Bill in order to release resources for Reproductive Health and other health services and reduce Nigeria’s dependence on external donors and funders.

DevComs believes that achieving complete Elimination of Mother to Child Transmission (EMTCT) goes beyond pronouncement. It entails actions and political will from health workers to the national government. Adequate funding is required for effective implementation of the operational plan and should be carried out in line with WHO standards and guidelines that stipulate integration with MNCH. Nigerians can no longer wait for promises made without fulfilment. The allocation of at least 15% of total budget to fund health in Nigeria, as stipulated by the Abuja Declaration of 2001 will also go a long way to fast track the implementation of health strategies developed in Nigeria.