The United Nations Climate Change Conference opening today in Lima, Peru carries the prospects of putting the world on the pathway to a comprehensive climate agreement in 2015, experts have said. 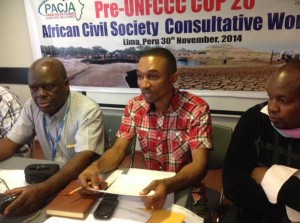 Amidst cautious optimism, African civil society groups under the umbrella of the Pan-African Climate Justice (PACJA) have called for a draft text to be adopted in Paris next year that will commit countries to reducing their greenhouse gas emissions.

Speaking at the Pre-COP 20 Consultative Consultative workshop in Lima, Samuel Ogallah of PACJA stated that group’s trength is embedded in the preparedness of the African civil society at all levels to ensure that the New Climate Change Agreement to be concluded in Paris in 2015 is responsive to African aspirations and realities.
Robert Chimambo, an environmental advocate and a board member of the Zambia Climate Change Network (ZCCN), added that Africa expects nothing short of a comprehensive draft agreement for 2015 in Lima as the stakes are already high with Africa being at the receiving end of the disastrous consequences of climate change.
The United Nations Environment Programme (UNEP) warned earlier this month that industrialised countries were falling short of the emissions reductions needed to prevent warming of 2 degree centrigrade above pre-industrial levels, the goal set by world leaders. Carbon dioxide emissions are expected to reach a record high of 40bn tonnes in 2014. Meanwhile, 2014 is shaping up to be the hottest on record.
On the basis of the foregoing, “PACJA will continue to strengthen African CSOs and our allies from the south and north in the effort to ensure a broadened ownership of this process. It is our desire, together with partners convening and supporting this Forum, that all people, especially those who are at the frontline of climate change impacts, be involved in the effort to find solution. That’s the only way to make our voices and choices be heard in the Countdown to Paris, and the only way to build effective resilience,” Ogallah says.
The Lima climate forum that commences today and will continue until 12 December includes the 20th session of the Conference of the Parties (COP 20) to the UN Framework Convention on Climate Change (UNFCCC) and the 10th session of the Conference of the Parties serving as the Meeting of the Parties to the Kyoto Protocol (CMP 10). Three subsidiary bodies will also convene: the Subsidiary Body for Implementation (SBI), the Subsidiary Body for Scientific and Technological Advice (SBSTA), and the Ad Hoc Working Group on the Durban Platform for Enhanced Action (ADP).
The conference will consider agenda items related to finance, mitigation, adaptation and technology. The COP will also hear a report from the ADP concerning progress made during the third year of its mandate to develop “a protocol, another legal instrument or an agreed outcome with legal force under the Convention applicable to all Parties” by 2015 to enter into force no later than 2020. 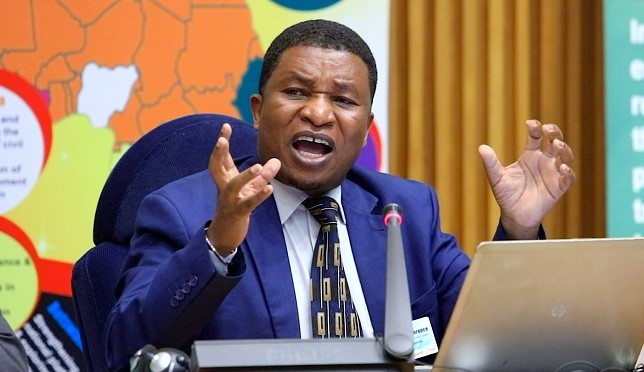 Bothered by growing calls to postpone the 26th Session of the Conference of the Parties ...