Bothered by the array of threats faced by Nigerian rivers, the Foundation for Conservation of Nigerian Rivers (FCNR) has launched an advocacy campaign for rights of streams in the country. 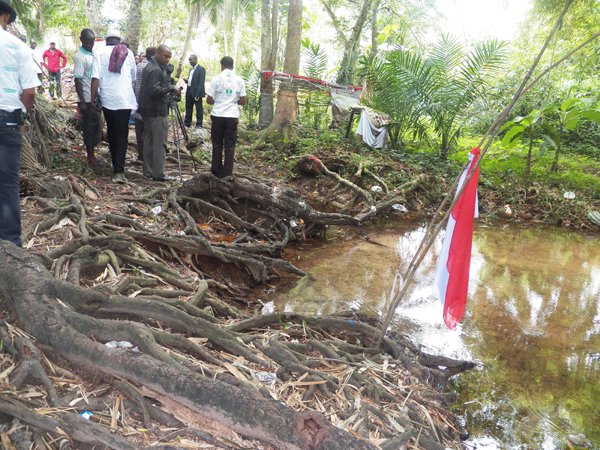 FCNR officials stated that this was undertaken to mark the World Rivers Day (WRD) on Sunday, September 23, 2018. The WRD is a global celebration of the world’s waterways observed on the last Sunday in September of every year.

In a statement endorsed by Prof. Oladapo Afolabi (Co-Founder/Chairman, Board of Trustees) and Irikefe Dafe (Founder/Executive Director), FCNR disclosed: “This year, we are marking the celebration of WRD in Nigeria and Africa by the official launching of an advocacy campaign for rights of rivers in Nigeria using River Ethiope as a case study.”

According to them, Nigeria is one of the countries in the world with rivers in a state of degradation and with no adequate and deliberate effort to reverse the trend.

The statement reads in part: “Every day, the country is losing this precious resource to pollution due to reckless activities of man (industrial and urban development) and climate change, among other factors.

“No river in Nigeria meets the water qualities standard stipulated by the World Health Organisation (WHO) either for swimming, fishing and drinking purposes. In every community in Nigeria today, the rivers that used to be a source of drinking water, swimming and other aquatic activities have ceased to play these vital roles to mankind due to pollution.

“We must redefine our concept of development as a nation, to note that developments that will not accord rivers and waterways their required attention to sustainably support human societies will not only be lopsided but transient.

“It will not be an over statement to say that the state of any river one sees in any community is a practical reflection of the mindset of the people and activities they undertake daily within a river catchment and watershed.

“The River Ethiope in Delta State is probably the only river that has a foundation established to promote its judicious use and conservation in contrast to water bodies in the USA, Australia and most parts of Europe that have all their water bodies under protection.

“Nigeria’s current efforts at economic progress and other developmental aspirations may be frustrated in the near future if deliberate and urgent attention is not given to sustainable management of its streams.”