An environmental group, Let’s Do It Campaign Nigeria, and the Junior Chamber International (JCI) Lagos Metropolitan, on Saturday cleaned-up the Elegushi beach to mark the World Ocean Day. 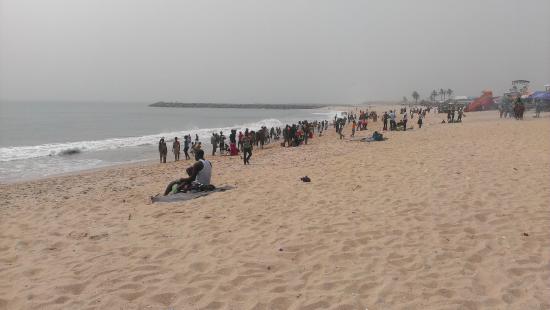 The Elegushi Beach is a private beach located at Lekki in Lagos State. The beach is owned by the Elegushi Royal family of Lagos.

World Oceans Day is observed yearly on June 8. It has been celebrated unofficially since its original proposal in 1992 by Canada’s International Centre for Ocean Development (ICOD) and the Ocean Institute of Canada (OIC) at the Earth Summit — UN Conference on Environment and Development (UNCED) in Rio de Janeiro, Brazil.

The Campaign Manager of Let’s Do It Nigeria, Mr Gafar Odubote, said that the clean-up was to take a stand against plastic pollution in the waterways.

“Let’s Do it Nigeria and partners took a stand against Plastic Pollution today with a massive cleanup project at the Elegushi beach to commemorate the World Oceans Day.

“The World Ocean Day is an opportunity to further emphasise the need to bring people’s attention to the increasing rate of plastic pollution in Nigeria both on the lands and beaches,’’ Odubote said.

The environmentalist said the exercise was possible due to the concerted efforts of volunteers and environmental enthusiasts to pollution in the oceans.

“The Elegushi Beach Cleanup project is largely inspired by concerned members of the society who wanted to take action to reduce the amount of trash and plastic that enters the ocean.

“There are many things we can do as individuals to reduce our plastic consumption. Individuals must control their consumption pattern, stop patronising single-use plastics and develop a positive attitude towards waste disposal,’’ he said.

Odubote called on the Federal Government to enact and enforce policies and regulations to quell plastic pollution in the waterways.

“There are many things we can do as individuals to reduce our plastic consumption but the government must come up with enforceable regulations on plastic bags and bottles.

“These laws should regulate the production, importation, sale and use of plastic bags and bottles in Nigeria,’’ he told NAN.

Adeyanju Adeonipekun, the President, JCI Lagos Metropolitan, said the cleanup at the beach was an attempt to enlighten people on the risks of an unclean ocean.

“This Beach cleanup project at Elegushi is to enlighten the people on the risk of unclean oceans and its hazards to health.

“The World Oceans Day is a wakeup call for everyone in Nigeria to ensure their environment is clean and healthy.

“Our planet is dying gradually of wastes and as active citizens, the responsibility is on us to act fast to save the planet,’’ Adeonipekun said.