The United Nations has launched a global campaign to reduce plastic pollution, and is calling on people all over the world to participate via social media. 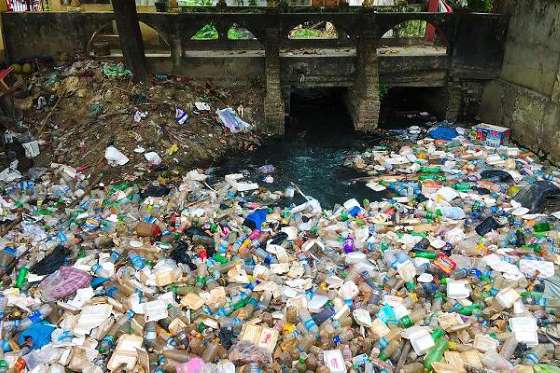 Plastic clogs up a waterway in Yangon, Myanmar

In their videos, the leaders commit to make do without single-use plastic by highlighting one plastic item they are giving up, and tagging three people to do the same, ideally within 24 hours. The idea is the concept spread as far and wide as possible, with many people participating in the pledge ahead of the 2018 World Environment Day (June 5).

Holding a plastic stir stick in her “Tag” video, Patricia Espinosa says: “I have given up plastic sticks like this which are used for just one or two seconds to stir coffee and tea and then thrown away. Plastics are made out of oil and gas. They frequently end up in the sea and in the stomachs of marine animals, and then in our stomachs when we eat the fish.”

Replacing her plastic stick with a metal spoon, Patricia Espinosa concludes her “Tag” video with: “It’s that easy – you just replace plastic with reusable items like this and tag three people to do the same!”

Through the efforts of individuals and organisations around the world, the “Tag” campaign adds momentum for the international community to meet the UN’s Sustainable Development Goals and the objectives of the Paris Climate Change Agreement because a reduction in plastic use will bring about reductions in heat-trapping greenhouse gas emissions.

The fact that greenhouse gas emissions are produced during plastic manufacturing is often neglected.

Typically, the production of plastic starts with the processing of crude oil or natural gas. After being refined at a facility, components from natural gas or oil become the plastic products that are used around the globe.

A study by the Journal of Cleaner Production finds the entire lifecycle of a 1 kg plastic tray generates 1.538 kg of CO2 in emissions. The raw material manufacturing phase of plastic production contributes to the highest portion of its carbon footprint.

Plastic pollution also exists in forms outside of littered utensils, bottles and bags that end up in world´s rivers and oceans. According to the UN, during every minute, a dump truck of plastic waste is pouring to the sea and, by 2050, there will be more plastic in the ocean than fish.

So limiting the amount of CO2 and other greenhouse gas emissions, the reduction of plastic production and use will help keeping the oceans cleaner and achieving the objectives of the Paris Agreement, which is to limit the average global temperature rise to well below 2C above preindustrial levels and as close as possible to 1.5C.