Nearly two weeks before World Environment Day, the United Nations Population Fund (UNFPA) turned on its new solar power system as a green step towards reducing greenhouse gas emissions, and making the office compound energy efficient. This change comes on top of energy reduction measures, such as the installation of energy efficient equipment, undertaken by the office in 2017. 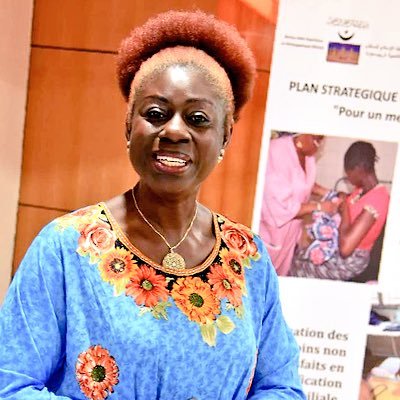 Powered by a total of 336 solar panels and 380 batteries – security lights, air conditioning units, servers, computers – everything electrical in the office compound will now operate by solar power.

Prior to the solar power system being installed, the office was powered by diesel generators which were considered costly (approx. $197 spent per day on fuel), noisy, environmentally unfriendly, and only provided power on weekdays between the hours of 0700 – 1900.

In contrast, the new solar power system emits no sound, cost savings are projected in five to seven years, and power is now available 24 hours per day, seven days a week. The local electricity and diesel generators will only be used as a back-up when the solar power batteries need additional charging on rare cloudy days.

Speaking at the commissioning ceremony, UNFPA Sierra Leone Representative, Dr. Kim Eva Dickson, said, “The difference the new solar power system will make in our lives and the delivery of our work is enormous. We will not need to wait in the morning for someone to switch on the generator or to leave at night because we need to switch off the generator.”

ALSO READ:  How Africa can develop its renewable energy potential, by Fashola

Dr. Dickson added, “Our decision to make our office more energy efficient is a step in the right direction towards achieving the Sustainable Development Goal 7 for affordable and clean energy.”

In a country where only 20 percent of the population has access to electricity, 97 percent of the population cooks with firewood or charcoal, and the public power supply is unstable, UNFPA’s decision to switch to renewable energy to sustain local energy consumption is a clear example for others to replicate. This approach is deemed realistic because, in Sierra Leone, there is significant potential for the use of renewable energy, particularly solar energy and hydroelectric power.

The solar power system installation was undertaken by Enviroearth, with funds and technical advice from UNFPA Facilities Branch in New York, and in collaboration with UNFPA Procurement Services Branch in Copenhagen. Enviroearth, which has completed similar solar power installation projects in Nigeria, Tanzania, Maldives, Madagascar and Djibouti, set up the solar power system at the UNFPA office in Sierra Leone to generate a capacity of 90.72 kW in power.