The global observation of 2017 World Cities Day will be held in Guangzhou, China on October 31, the organisers announced on Wednesday, September 27, 2017. 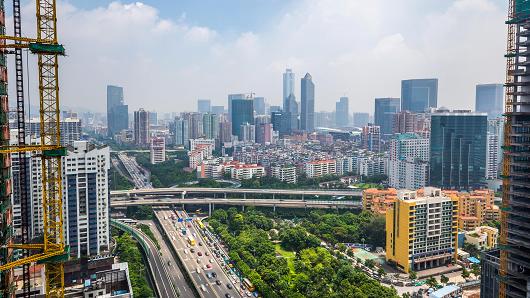 The event is organised by United Nations Human Settlements Programme (UN-Habitat), the Ministry of Housing and Urban-Rural Development of China (MOHURD) and the People’s Government of Guangdong Province, and hosted by Guangzhou Municipal Government.

World Cities Day is the first international day established under the proposal of Chinese government. It was proposed in the Shanghai Declaration by the organising committee of the World Expo, UN and International Exhibition Bureau at the World Expo 2010 in Shanghai, China that October 31 should be nominated as World Cities Day to “inspire humankind in its enduring pursuit of urban innovation and harmonious development.”

With the joint efforts of UN-Habitat, MOHURD, CCPIT and Shanghai Municipal Government, the UN General Assembly adopted the resolution which designated the date as World Cities Day (WCD) in December, 2013.

The general theme of WCD is “Better City, Better Life”, the theme of the Shanghai World Expo, while the annual theme changes accordingly. The theme for WCD 2017 is “Innovative Governance, Open Cities”, which echoes the ideas of New Urban Agenda and the five development philosophies of China, aiming at leading the sustainable development of cities around the world and advancing the worldwide implementation of 2030 Sustainable Development Agenda and New Urban Agenda of UN.

Guangzhou, known as Flower City, is the host city of the 2017 Global Observation. As one of the key central cities and demonstration livable cities of China, Guangzhou has remained a famous historic and cultural city with 2200 years of history. In the practices of urban governance, Guangzhou actively reacts to new global trends of urban development according to the development concepts of innovation, coordination, green, open and sharing, while trying to build itself a hub network city and an important node for global city network.

Based on the annual theme of 2017, this year’s global observation is to exchange and showcase the innovative practices around the world in urban planning, building and management, discuss how to further implement New Urban Agenda, and promotion of the exchange and cooperation among cities and countries along the Belt and Road.

Specific activities include World Cities Day Forum, WCD-Urban Governance Innovation Practices Exhibition, Urban Cultural Exchange and other supporting activities. To be present in this event are representatives of UN Habitat and leaders from MOHURD and Guangdong Provincial Government as well as ministry officials and mayors from different countries, representatives of relevant international organisation, and scholars on urban planning and construction management.

For the 2017 WCD, Guangdong Housing and Urban-Rural Development Department and Guangzhou Municipal Government have jointly formulated a preparation scheme, founded a specialised preparation organisation, and made plan for symposium, academic paper collection, South Guangdong Ancient Post Road Orienteering and Expert Interviews, to draw public attention and efforts to city governance and development for the purpose of building a greener and more livable, convenient, harmonious city.

Since its establishment, WCD has been celebrated worldwide in various forms. The 2014 WCD Global Observation was held in Shanghai which saw the presence of guests from 37 countries and the felicitations of Premier Li Keqiang and UN Secretary General, Ban Ki-Moon. On the same day, dozens of celebration events were organised in UN Headquarters and 12 countries. The 2015 and 2016 WCD Global Observations were respectively held in Milan of Italy and Quito of Ecuador while national celebration events were held in Shanghai and Xiamen of China. In line with the general and annual themes of WCD, governments at all levels, city managers, researchers and citizens are encouraged to discuss and exchange policies, measures and experiences of sustainable urban development from different perspectives.

The new international day initiated by China has been widely recognised by international community. Last October, WCD was identified as one of important existing initiatives related to the implementation of New Urban Agenda adopted by the United Nations Conference on Housing and Sustainable Urban Development (Habitat III). The WCD has become a major platform for the world to promote the idea of sustainable urban development, to discuss urban livability and harmony, and to meet challenges brought by urbanisation.