TRAFFIC, the wildlife trade monitoring network, has revised its board structure and appointed new trustees in the bid to effectively combat wildlife crime and promote sustainable wildlife trade. 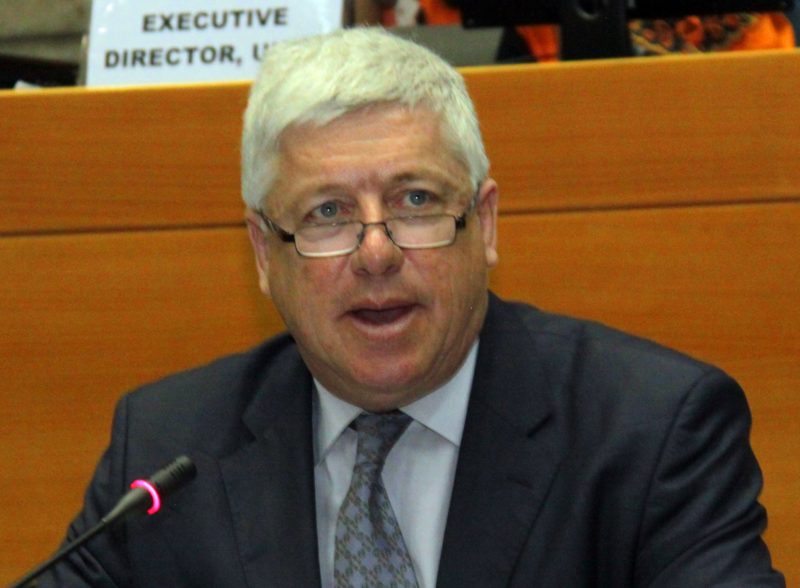 Consequently, the non-governmental organisation (NGO) has been congratulated by the the International Union for Conservation of Nature (IUCN) and World Wildlife Fund (WWF) on the recent development.

TRAFFIC works globally on the trade of wild animals and plants in the context of both biodiversity and sustainable development.

The new governance arrangements were developed with guidance from IUCN and WWF – both TRAFFIC founders. The new board will be chaired by Mark Halle, who has a diverse background in environment and sustainable development and wide experience of institutional development in this field. The other trustees appointed include Ginette Hemley, Maggie Kinnaird and Li Lin (appointed by WWF); Aimé Nianogo, Jon-Paul Rodriguez and Jane Smart (appointed by IUCN) and Jeremy Eppel and Joshua Ginsberg.

This series of appointments is regarded as a milestone in achieving TRAFFIC’s 2020 goal to help reduce the pressure of illegal and unsustainable wildlife trade on biodiversity, and enhance the benefits to wildlife conservation and human well-being that derive from trade at sustainable levels.

“IUCN is proud to see TRAFFIC – one of its key strategic initiatives – gain force and continue its crucial work to combat wildlife crime under the new leadership,” says Inger Andersen, IUCN Director General. “IUCN’s involvement in achieving this milestone emphasises our strong commitment to tackling illegal wildlife trade, which is arguably one of today’s most complex global challenges. We are eager to continue our work with TRAFFIC to produce the much-needed science that will guide our collective response to this challenge.”

“The TRAFFIC, IUCN and WWF partnership has taken major strides over the years in tackling illegal and unsustainable wildlife trade,” says Marco Lambertini, Director General of WWF International. However, as we are still facing declining global wildlife populations and a new unprecedented global poaching crisis, it is critical that we take even stronger, more urgent and decisive action. The new governance arrangement ensures TRAFFIC plays an even more impactful and critical role in halting the wildlife crime that undermines species survival, the health of ecosystems and the livelihood of communities.”

Established in 1976 by IUCN and WWF to respond to the growing threats posed by unsustainable and illegal wildlife trade, TRAFFIC plays a leading role as a global wildlife trade specialist. Its team of 150 staff around the world carry out research, investigations and analysis to compile the evidence needed to catalyse action by governments, businesses and individuals, in collaboration with a wide range of partners, to ensure that wildlife trade is not a threat to the conservation of nature.

“TRAFFIC has a long and enviable reputation for close and productive collaboration with its partner organisations and I am keenly anticipating helping to steer TRAFFIC forward as it embarks on this new chapter in its long and proud history,” says Mark Halle the newly appointed chair of the board.

“TRAFFIC thanks the WWF and IUCN staff who have served over the years as members of the TRAFFIC Committee and the out-going trustees of the TRAFFIC International charity for their hard work in shaping and implementing this transition and we welcome the new board and working with them in achieving the organisations’ conservation ambitions,” says TRAFFIC’s Executive Director, Steven Broad.

Newly appointed trustees of the TRAFFIC International charity, registered in the UK are: