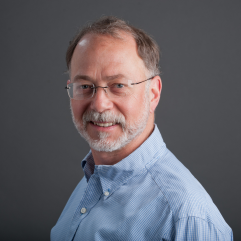 A new report finds that Indigenous Peoples and local communities control less than one sixth of tropical forests – despite living in or near the forests and safeguarding them – in eight of the 11 countries accepted by the World Bank for initiating the proposed carbon market. The report, produced by the Rights and Resources Initiative (RRI), identifies only two countries participating in the market that have laws defining who has rights to forest carbon, and not one with a law defining how to trade it.

“For centuries, governments have been handing out Indigenous Peoples’ forests to supply the next commodity boom – whether rubber, oil palm, cattle or soy,” said Andy White, coordinator of the Rights and Resources Initiative. “The carbon market is the next global commodity from tropical forests and, once again, there is a major risk that Indigenous Peoples are not recognised as the owners of the forest. The World Bank sets the investment standards that many national governments and private companies follow. They are now proposing to weaken their own safeguards and are encouraging governments to sell carbon rights without first ensuring human rights. This puts at risk both the forests and the credibility of the carbon market. There are good examples, such as Mexico, that should be followed.”

The World Bank’s Forest Carbon Partnership Facility (FCPF) is helping developing countries sell their right to deforest, or avoid deforestation. The proceeds of these “emissions reductions” would ostensibly be used to keep forests standing. Looking for Leadership, RRI’s annual review of forest and land rights around the world, stresses the urgency of securing the land rights of forest peoples before extracting yet another commodity – in this case, the rights to the carbon in the live trees – from their land. Without safeguards for these rights established and implemented, all nations participating in the carbon market face the “resource curse,” in which countries that industrialise and trade their natural resources achieve corruption and stagnation rather than social and economic development.

On its current path, carbon trading will allow governments to make the decisions, and control the proceeds of the market, undermining local peoples’ rights, and putting at risk the protection of the forest itself,” said Joji Cariño, director of Forest Peoples Programme. “Indigenous Peoples and local communities, who have been stewards of the land for generations, are likely to be further marginalised and dispossessed. Stronger leadership is needed by the World Bank to respect local rights and help governments direct benefits to support local forest owners.”

Industrial Oil Palm Development, a complementary report released alongside RRI’s annual review, explores how palm oil developments altered the economic trajectories of Indonesia and Liberia. The World Bank invested more than $2 billion in the palm oil commodity without ensuring the implementation of strong safeguards, and as a result, Indonesia, one of the countries participating in the World Bank’s carbon market, has seen its forests decimated by palm oil plantations. Liberia has now staked its economic development to palm oil production even though the price of the commodity has declined 40 percent since its 2011 peak.

“Liberia’s focus on palm oil and other raw commodities devastated its rural communities and their ancestral forests, and then Ebola hit,” said Silas Kpanan’Ayoung Siakor, the founder of Sustainable Development Institute in Liberia, who spoke at the panel discussion on the state of global land rights where both reports were released. “Now that Ebola is receding, oil palm companies are already accelerating the land-grabbing again. We need to protect our forests and rebuild our country, with a focus on our people first. Our land can provide the foundation for this recovery, but only if we have the rights to it.”

Without Rights, Expect to Repeat the Resource Curse

RRI’s analysis looked at the legal systems in eight of 11 countries now deemed “ready” to sell carbon by the World Bank’s Forest Carbon Partnership Facility (FCPF). Not one country had a law governing how forest carbon could be traded, and only Guatemala and Mexico had laws defining forest carbon rights.

In a related analysis, governments were found to claim ownership over 79 percent of the forests in those eight countries. The rights of Indigenous Peoples and local communities, on the other hand, are only recognised for 16 percent.

Mexico again stood out – its government controls only 4.4 percent of the nation’s forests, while Indigenous Peoples and local communities have rights to 70 percent. The other governments claim large portions, if not all, of their nation’s forestland:

The results of this analysis call into question how the countries accepted by the FCPF would establish carbon as a tradable commodity without viable legal frameworks in place. Fortunately, there are examples of how this can be done right. Mexico respects indigenous land rights and has established national funds to compensate forest communities for their carbon, as has Costa Rica. El Salvador is planning such a system as well.

The sidestepping of local land and human rights is reminiscent of how other new commodities are established. In Kenya, for example, the government placed a higher value on the water flowing from the Cherangany Hills than on the rights of the Sengwer people who live in the region. In a World Bank-funded project, the Sengwer were forcibly removed from their homes to safeguard the drinking water and irrigation supplies of the people downstream.

“Forest management and water conservation should never include burning the homes of forest peoples,” said Peter Kitelo, coordinator of the Kenya Forest Indigenous Peoples Network, and another speaker at the RRI event. “As the spotlight on human rights continues to brighten, we need better leadership from global institutions, especially those promoting development. The land may produce valuable commodities, but every human life holds a much higher value.”

Palm oil is another commodity example; the industry has long been criticised for its role in deforestation, abuse of local land rights, and lax production standards. The second report explores how the business model of the industry also does not share its economic gains with the countries or the people hosting its plantations. For example, Indonesia is the world’s largest producer of palm oil, yet the commodity contributes less than two percent to the country’s GDP. Since 1990, the number of jobs in the rural sector, where palm oil plantations are located, has remained stagnant.

“When it comes to palm oil, there are no positive outcomes for our communities so far,” said Mina Setra, deputy secretary general of the Indonesia’s Indigenous Peoples’ Alliance of the Archipelago (AMAN). “Oil palm plantations have been major issues for indigenous communities. Companies violate our rights, break the laws, pollute the environment, and never share any of the profits. Criminalisation to community members and violence still happen today. This is not an economic model that any other country should adopt.”

Yet despite the evidence and its new commitments to stop deforestation, the Liberian government continues to embrace palm oil as a commodity that can fuel its economy, and it has not insisted on stronger safeguards for rural communities. The report makes clear that a continued reliance on exporting raw commodities like palm oil will never build the local manufacturing and infrastructure that can support the modern economy envisioned by the government.

“We’ve got to learn this lesson: you can’t get democracy or development, and you can’t stop deforestation, without respecting citizens’ human rights, including local peoples’ rights to their land and forests,” said RRI’s White in conclusion. “Without rights you get the resource curse – whether you are talking about oil palm, forests, mining or carbon.”

The RRI is a global coalition of 14 partners and over 150 international, regional and community organisations advancing forest tenure, policy and market reforms. 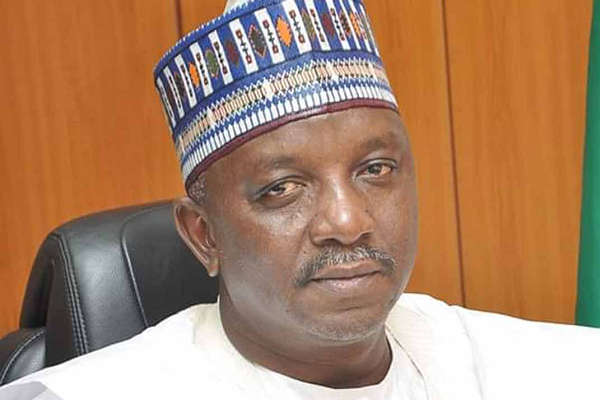