February 8, 2015 Comments Off on African leaders to prioritise water, toilets in 10 countries 838 Views

The action plan has come as the UN enters final negotiations on the next 15-year blueprint for development in the Sustainable Development Goals. The present draft of which includes a dedicated goal on water and sanitation. 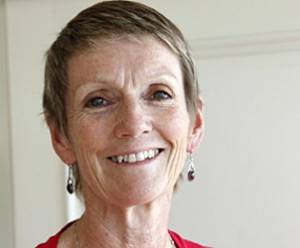 The programme, agreed with the African Development Bank and led by the government of Rwanda, is designed to make water and sanitation programmes a higher priority in national spending across the continent.

Ten nations are targeted in this action plan: Burundi, Central African Republic, Chad, Liberia, Madagascar, Mali, Sierra Leone, South Sudan, Lesotho and Mauritania. The 10 states are all on the list of Least Developed Countries (LDCs) and all but two of the targeted countries — Lesotho and Mauritania — are considered fragile states for one reason or another (ranging from conflict to the Ebola virus disease). The weak state of water and sanitation services has been highlighted in Sierra Leone and Liberia in particular as contributing to the Ebola crisis.

The 24th African Union Summit, which closed on 31 January, comes as the United Nations works on final negotiations on the Sustainable Development Goals, which will serve as a blueprint for development over the next 15 years.

WaterAid with its partner organisations has called for a strong, dedicated goal on water and sanitation for all, as well as the inclusion of water, sanitation and hygiene in goals on education and health to recognise their critical role in helping children survive to adulthood and stay in school, and in helping communities become healthier and more productive.

The Common African Position on these new goals includes recommendations for people-centred development, environmental sustainability, natural resource management and disaster risk management. Achieving access to clean water, sanitation and good hygiene practice for all is a critical element of these recommendations.

Barbara Frost, Chief Executive, WaterAid, said: “Africa’s hospitals, communities and economies are struggling under the enormous burden of disease created when 324 million people in the continent have no choice but to drink dirty water, and another 644 million are without decent, hygienic toilets. It’s time to stop talking and take action on sanitation. The Kigali Action Plan is focused on delivering services and transforming lives, and we look to the Sustainable Development Goals to continue this momentum.”

This initiative is being led by His Excellency Paul Kagame, President of the Republic of Rwanda, reflecting the country’s rapid progress in delivering water and sanitation.

Rwanda is also one of few African nations to have met the Millennium Development Goal target of halving the proportion of its people without access to sanitation. As a whole, Sub-Saharan Africa is so far behind on providing sanitation that at present rates of progress, it would not meet this goal for more than 150 years.

Key to Rwanda’s success have been empowering communities, strong political will and accountability of service providers and governments, which have been held up as examples for other Sub-Saharan African nations as they confront their own challenges in water and sanitation.

In the Dakar Declaration of May 2014, African nations called for a dedicated Sustainable Development Goal on water and sanitation as key to ending this crisis.

Dr. Michael Ojo, Country Representative, WaterAid Nigeria, said: “The Kigali Action Plan is a great move for Africa and it will contribute significantly to changing the face of water, sanitation and hygiene on the continent. As the continent’s biggest economy however, Nigeria also has a huge role to play in contributing to sustained development in Africa. It defies logic that as influential as Nigeria is on the continent, we remain one of only a handful of countries around the world where access to basic sanitation is actually falling rather than rising. We call on our own leaders here to embrace the spirit of the Kigali Action Plan and invest the resources needed to provide safe water, sanitation and hygiene for its people.

“It’s evident that world leaders, and increasingly this includes African leaders too, are finally recognising the transformative potential and unique opportunity for change that 2015 presents. We must continue to demand that our leaders embrace new and ambitious policies that will eradicate poverty, inequality and change the future of Nigerians for the better.” 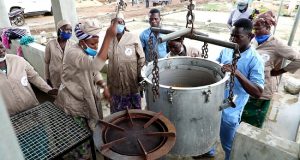 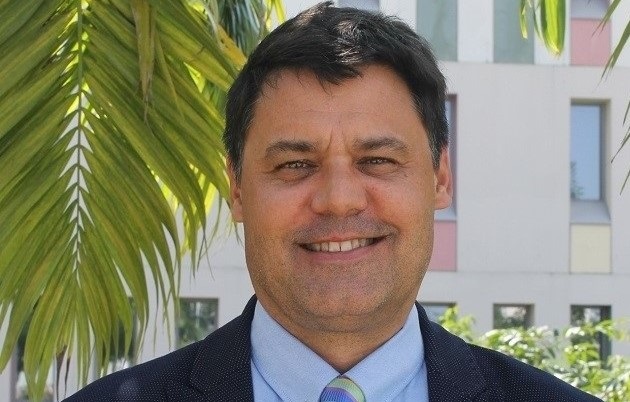