The report shows that climate change is an acute threat to poorer people across the world, with the power to push more than 100 million people back into poverty over the next 15 years.  And the poorest regions of the world – sub-Saharan Africa and South Asia – will be hit the hardest. 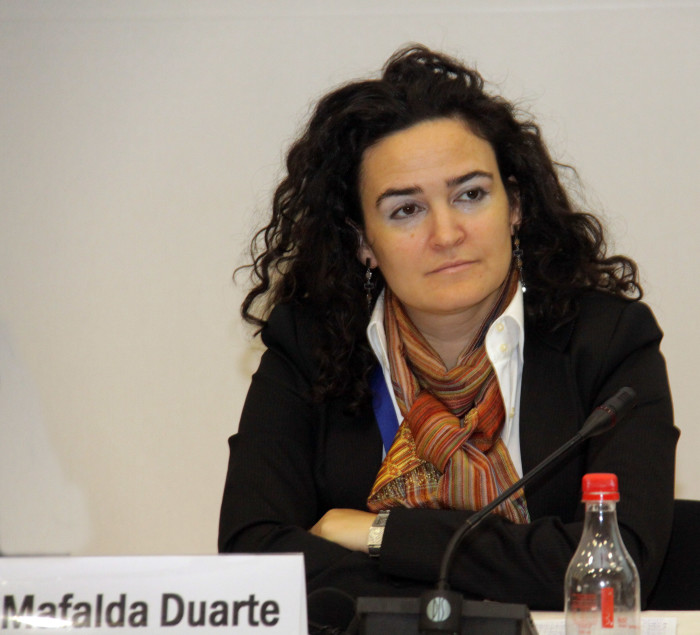 But the report also points to a way out. This requires that poverty reduction and development work continue as a priority while taking into account a changing climate.  It also means taking targeted action to help people cope with climate shocks – such as developing early warning systems and flood protection, and introducing heat-resistant crops.  At the same time, efforts to reduce emissions should accelerate, and be designed to protect the poor.

The report makes clear the fundamental connection between the goals of stabilising climate change and eradicating poverty – neither can be achieved without the other. The good news about the report, according to the Climate Investment Funds (CIF), is that “good development” in the next 15 years can prevent the worst potential impacts of climate change on the world’s poor. “Good development”, according to the report, is rapid, inclusive, and climate informed.

CIF Programme Manager, Mafalda Duarte, says: “The findings of ‘Shock Waves’ should shock the global community into ramping up its ‘good development’ efforts. This report shows why it is so important that leaders work for an ambitious deal at United Nations climate negotiations this month in Paris.”

“Climate change is hitting poor people first and worst,” says Duarte, “‘Shock Waves’ estimates that without sufficient good development, climate change could push an additional 100 million people into extreme poverty by 2030. For the sake of people and planet, we need to drastically reduce greenhouse gas emissions and invest in a more resilient future.”

“We have the ability to end extreme poverty even in the face of climate change, but to succeed, climate considerations will need to be integrated into development work. And we will need to act fast, because as climate impacts increase, so will the difficulty and cost of eradicating poverty,” John Roome, Senior Director for Climate Change at the World Bank Group.

“The report demonstrates that ending poverty and fighting climate change cannot be done in isolation – the two will be much more easily achieved if they are addressed together,” said Stephane Hallegatte, a senior economist at the World Bank who led the team that prepared the report. “And between now and 2030, good, climate-informed development gives us the best chance we have of warding off increases in poverty due to climate change.”

Climate impacts will affect agriculture the most, a key sector in the poorest countries and major source of income, food security, nutrition, jobs, livelihoods and export earnings. By 2030, crop yield losses could mean that food prices would be 12 percent higher on average in Sub-Saharan Africa. The strain on poor households, who spend as much as 60 percent of their income on food, could be acute. The resulting malnutrition could lead to an increase in severe stunting in Africa of 23 percent.

At the global level, warming of 2-3°C could increase the number of people at risk for malaria by up to 5 percent, or more than 150 million more people affected. Diarrhea would be more prevalent, and increased water scarcity would have an effect on water quality and hygiene.

The result would be an estimated 48,000 additional deaths among children under the age of 15 resulting from diarrheal illness by 2030.

To prevent this grim picture becoming reality, the report prescribes “good” development that is rapid, inclusive and climate-informed. This includes continuing and expanding programs that reduce poverty while increasing people’s capacity to prepare for and cope with shocks. For instance, in Kenya, the Hunger Safety Net Programme prevented a five percent increase in poverty among beneficiaries following the 2011 drought.

These efforts will need to be coupled with targeted climate adaptation measures, such as protective infrastructure like dikes and drainage systems and mangrove restoration to deal with flooding, changing land-use regulations to account for sea level rise, disaster preparedness, and introduction of climate-resistant crops and livestock breeds.

The report looks at different scenarios to 2030 and finds without good development more than 100 million additional people would be living in poverty. In India alone, an additional 45 million people could be pushed back over the poverty line by 2030, primarily due to agricultural shocks and increased incidence of disease.

In the longer term, only immediate and continued efforts to reduce global emissions will save poor people from climate impacts, according to the report. To be successful, governments should design mitigation policies so that they protect, and even benefit, poor people. And action can be taken to reduce the burden of policies that would impose new costs – such as by strengthening social protection and assistance, or using cash transfers.

One analysis of 20 developing countries showed that collecting and redistributing energy taxes would benefit poor people despite higher energy prices, with the bottom 20 percent of the population experiencing a net $13 gain for each $100 of additional tax. Well-designed emissions-reductions programs that strengthen the productivity of agriculture and protect ecosystems could benefit 20-50 million low-income households by 2030 through payments for ecosystem services.

The report argues that in the poorest countries, domestic resources may be insufficient to put in place such measures, and international support will be essential. This is particularly true for investments that involve high immediate costs but are urgently needed to prevent lock-ins into carbon-intensive patterns, such as for urban transport, energy infrastructure, or deforestation.