May 5, 2019 Comments Off on Why Nigeria needs authenticated framework to boost renewable energy 1,003 Views

Experts who gathered a week ago in Lagos to address issues related to the nation’s power generation challenges have been discussing the need for an authenticated framework to boost renewable energy and address inherent challenges.

The practitioners made the submissions at a two-day workshop that held from Wednesday, April 24 to Thursday, April 25, 2019 to discuss and validate draft reports on the Development of Technology Action Plans (TAPs) for Solar PV, Wind and Biomass, as well as the Development of (MRV) Mechanism/Grid Emission Factor for the Nigerian Power Sector.

The initiative is a component of the five-year “De-Risking Renewable Energy NAMA (Nationally Appropriate Mitigation Action) for the Nigerian Power Sector” project that commenced in 2018. It is being implemented by the United Nations Development Programme (UNDP) and the Global Environment Facility (GEF) in collaboration with the Energy Commission of Nigeria (ECN), the Federal Ministry of Environment, Federal Ministry of Power, Works & Housing and other stakeholders.

A group of international consultants engaged to develop three Comprehensive Sectoral Nationally Appropriate Mitigation Actions (NAMA) Technology Action Plans (TAPs) for Solar PV, Wind and Biomass, along with the MRV Mechanism/Grid Emission Factor for the Nigerian power sector were in Nigeria – albeit for the second time – to present their draft reports to stakeholders.

Director-General of the ECN, Prof. Eli Bala, said the overall objective of the project was to assist the government in achieving a transformation in the electricity mix such that at least 20GW of Nigeria’s electricity is generated from solar PV by 2030.

Bala, who was represented by the Project Team Leader, Okon Ekpeyong, said the project was expected to contribute to the country’s attainment of its nationally determined contributions (NDCs) mitigation targets in the energy sector, with expected direct emission reductions of 205,700 tons of CO2e during the project’s lifetime and additional indirect emission reductions of between 6.79 and 9.72 million tCO2e.

He explained that the project also seeks to develop measurement, reportable and verifiable (MRV) framework, with appropriate indicators, to measure, report and verify the emission reductions that would be generated by the investment in low-carbon activities under the NAMA/NDCs.

“On the other hand, the project is also expected to develop a framework that will establish accurate measurement and accounting of actual GHG emission reduction from mitigation actions in the energy generation and end-use sectors. Currently, many ongoing energy projects do not consider the critical role of an MRV methodology in assessing the contribution of NAMA implementation to the overall national voluntary emission reduction targets,” he added.

General Manager, Transmission Use of System, Transmission Company of Nigeria (TCN), Peter Aribaba, stressed the importance of having a validated framework for RE, saying the whole idea was to have more renewable in our energy mix in order to reduce the Green House Gas (GHG) emission.

“You know we are blessed with a lot of gas in Nigeria, so the bulk of our energy generation is from gas plants. And again, we have a lot of renewable energy resources like wind, solar, biomass, though the large hydro is renewable energy too though we’re already using that. So, the idea now is to encourage us to have more of those renewables so that it will make the burning of this gas to reduce, you know it is a global village, whatever we’re doing in Nigeria is affecting the globe. So, that is the essence,” he said.

Deputy Director, Department of Climate Change, Federal Ministry of Environment, Mrs Iniobong Abiola-Awe, maintained that the project was important to Nigeria because renewable energy is one of the aspects that would support the goals of Nigeria’s NDC- reducing the emission, saying the project was apt for the time to ensure it was not business as usual but that the country was taking steps to move away from the fossil fuel which is currently the major energy provider in Nigeria, adding the nation was moving towards utilising options that would lead to zero or reduced emissions as the case may be.

“The world is looking at economy that is green, green economy, low carbon emission economy that’s the way the world is, so, Nigeria is joining with what is going on in the world, that would create jobs, save the environment and sustain development,” she said.

GEF Desk Officer at the Ministry of Environment, Kusimo Olutope, said the document being validated would help the nation move forward towards achieving the lofty ideas of ensuring we fill the gap in the energy deficit in Nigeria.

He said: “Nigeria has been preaching the idea of diversification, definitely if we diversify into renewable energy initiatives it would help us a lot, light up the rural communities, provide them required energy for economic activities, and it steps down to the common man in those communities, for sure they would be able to employ themselves and get engaged in activities that are economical, fetch them means of livelihood rather than living their rural communities to the urban centres that are choked up already in terms of population. It would definitely help Nigeria because there would be growth.”

Mariam Lawal of the International Economic Relations Department of the Ministry of Finance, stated that African countries are the worst hit by the effects of climate change, pointing out that RE is a better and cleaner way of generating power vis-a-vis the health effects of human lives which would be much safer, adding steady power is vital for rapid economic development.

“We all know now that if we can just get the power sector right a lot of things in terms of businesses, small, medium, micro enterprises would be able to spring up. What makes an economy grow? Growth happens when you are producing, and power is very key to that. So, this would have a positive impact on the nation if we are able to achieve this,” she added. 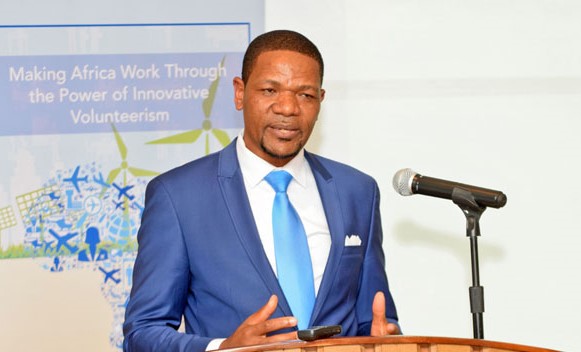 “One who causes others misfortune also teaches them a lesson” and, “if you close your ...