September 14, 2015 Comments Off on Western Post newspaper for launch 1,516 Views

Western Post, a newspaper founded by seasoned journalist, Tunde Rahman, is to be launched officially on Tuesday, September 15, 2015. 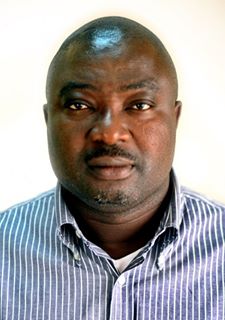 In a statement by the management of the newspaper, the launch will take up at Civic Center Hall of Bashorun Agodi in, GRA, Ibadan, Oyo State. The topic for debate at the launch is: The dwindling oil revenue: A case for regional integration.

Chairman of the occasion is the Oyo State Governor, Senator Abiola Ajimobi, while the Special Guest of Honour will be the Governor of Osun State, Ogbeni Rauf Aregbesola, with the Alaafin of Oyo, Oba Lamidi Olayiwola Adeyemi, as the royal father of the day.
Other Guests of Honour include the President of the Senate, Dr. Abubakar Bukola Saraki; and the Deputy Speaker of the House of Representatives, Hon. Yusuf Suleiman Lasun.
Others are the Ondo State Governor, Dr. Olusegun Mimiko; the Ekiti State Governor, Ayo Fayose; the Ogun State Governor, Senator Ibikunle Amosun; and the Lagos State Governor, Akinwunmi Ambode.
Before establishing Western Post, Rahman was the Editor of ThisDay on Sunday. He had previously worked with The Punch, Daily Times and some other  highly rated publications in Nigeria.
Western Post is published by Western Post Newspaper Nigeria Limited.