Growing cotton provides livelihoods for an estimated 100 million households in as many as 85 countries. But adverse global market conditions and reliance on large doses of water, fertilizer, and pesticides impose considerable social and environmental costs, writes Michael Renner, senior researcher at the Worldwatch Institute. 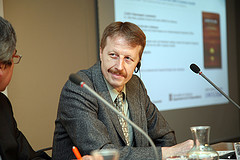 Although synthetic materials are making inroads, cotton remains by far the most important natural fiber for textiles. In 2013/14, an estimated 26.3 million tons of cotton were produced worldwide.

Cultivating cotton accounts for about three percent of all agricultural water use worldwide. Countries that import cotton or finished cotton products also bring in large amounts of embedded “virtual water” with these imports and have considerable water footprints. Producing a pair of jeans takes an estimated 10,850 litres of water, and a t-shirt takes 2,720 litres.

The legions of small cotton farmers around the world face a set of challenges largely beyond their control. In addition to unfair subsidies (totalling $47 billion between 2001 and 2010 for the United States, China, and Europe), they must deal with health risks from pesticide use and, in some cases, insurmountable levels of debt.

Cotton is a very pesticide-intensive crop (accounting for 16 percent of global insecticide use and 6.8 percent of herbicide use), with potential repercussions, such as pest resistance and adverse health impacts on farmers that range from acute poisoning to long-term effects. Pesticides and fertilizer (nitrogen, phosphorus, potash) can also leach out of the plant’s root zone and contaminate groundwater and surface water.

Sadly, severe indebtedness has caused an estimated 100,000 cotton farmers in India to commit suicide over a 10-year period. Indebtedness results from numerous factors, including the rising cost of pesticides and genetically modified seeds, low yields due to droughts, and the declining price that cotton fetches on world markets.

Several initiatives exist to improve the social and environmental conditions under which cotton is produced. In organic production, synthetic fertilizers and pesticides are replaced with organic substances, soil fertility management, and integrated pest management. Fair trade producers, usually small family farms organized in cooperatives or associations, receive a minimum price covering the average costs of sustainable production, as well as a premium.

One effort, the Better Cotton Initiative (BCI), seeks to reduce the environmental impact of cotton production, improve the livelihoods of farmers, and promote decent work. In 2013, just 3.7 percent of all cotton was produced in accordance with BCI principles, but the goal for 2020 is to extend this to 30 percent and to involve five million farmers. Such initiatives offer important benefits to cotton farmers. But for the moment, at least, they account for only a relatively small share of the industry. 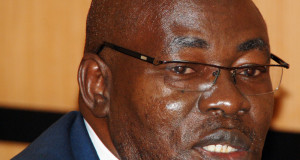