The United Nations (UN) has urged the Australian Government to address the collapsing health situation among refugees and asylum-seekers at its offshore detention centres in Papua New Guinea and Nauru. 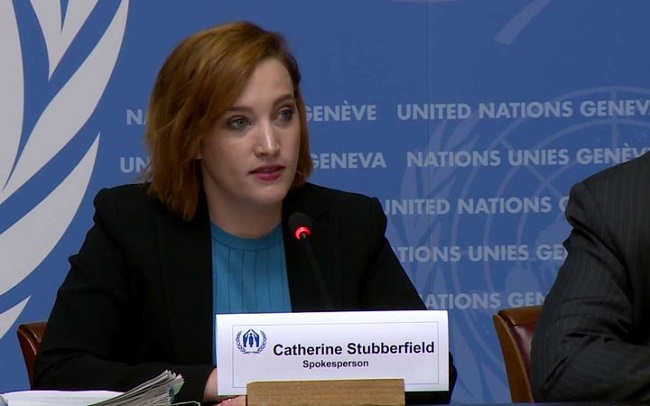 Although according to a Guardian report at the weekend, the Department of Home Affairs of Australia said in a statement that it took refugee health and welfare “seriously,’’ the UN refugee agency renewed its call for refugees and asylum-seekers to be moved immediately to Australia where they can receive adequate support and care.

Speaking on Friday, October 12, 2018, spokesperson for the United Nations High Commissioner for Refugees (UNHCR), Catherine Stubberfield, talked about a suicidal pre-teenage girl who doused herself in petrol in September.

She remained in Nauru although doctor suggested that she be evacuated.

The girl is not the only one refugee who attempted to flee to Australia only to end up in detention centres in Nauru or Papua New Guinea.

Since its introduction in 2013, a current policy of Australia has put about 3,000 refugees and asylum-seekers forcibly to offshore processing facilities in Papua New Guinea and Nauru, where 1,450 remain.

According to the policy, those who try to arrive in Australia by boats are to be placed on Nauru or Manus Island of Papua New Guinea.

Seemingly hopeless to reach Australia ultimately, many of those people there are in a poor state of health, both physically and mentally.

According to Stubberfield, 12 people have died in the detention centres since 2014.

Over the past year, the centre in Nauru had seen 78 cases of attempted suicide and self-harm.

Another tragic case was a young man from Iran.

He asked for help in 2014, saying that he had suicidal thought.

His mother also repeatedly begged for medical aid but to no avail.

The man took his own life in June.

Robert Manne, emeritus professor of politics and vice-chancellor’s fellow at La Trobe University, published an article in September’s titled “It pains me, but it’s time to compromise on Australia’s cruel asylum seeker policy’’.

In the article, he noted that there had been reports that “many of the children on Nauru are suffering from a rare psychological condition, withdrawal from the world, barely talking, eating and drinking with indifference, sometimes urinating and defecating in their beds’’.

While New Zealand offered to resettle some of the refugees, or fund for improving conditions for them, Australia turned down the offer.

A Guardian report once quoted the Australian government in 2017 as saying that the offer “dilutes the ‘stop the boats’ deterrent’’.

In November 2017, thousands of people took to streets in Australia, calling for refugees to be evacuated to Australia following denial of Australia government for Medecins Sans Frontieres’ access to asylum seekers and refugees on Manus Island.

“Now we are seen globally as the inventors of a particularly vile form of 21st century repression, in which the innocent are subjected to suffering in a prison where the crime is never named, no sentence is ever passed, and punishment is assured,’’ said Man Booker prize winner Richard Flanagan in a Guardian article.

“For this achievement Australia now enjoys the praise of European neo-fascists and American white supremacists’’.

“Australia (has) simultaneously designed, financed and managed the system,’’ she said, adding that therefore it had to shoulder the responsibility of its offshore detention camps.