UN warns of famine as drought intensifies in Somalia

February 19, 2017 Comments Off on UN warns of famine as drought intensifies in Somalia 1,294 Views

As a devastating drought grips Somalia, United Nations agencies – United Nations Children’s Fund (UNICEF) and the World Food Programme (WFP) – are warning that only a massive and immediate scale-up of humanitarian assistance can help the country avoid falling into another catastrophe. 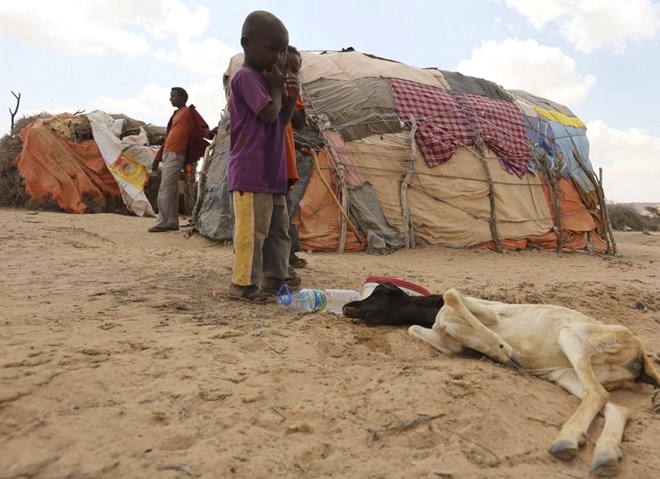 The UN projects that some 944,000 children will be acutely malnourished this year, including 185,000 who will be severely malnourished and in need of urgent lifesaving support

The drought that the northern regions have struggled with for the last year has now spread throughout Somalia, threatening an already fragile population battered by decades of conflict. Almost half the country’s population, or 6.2 million people, are either severely food insecure or in need of livelihood support. It is expected that 944,000 children will be acutely malnourished this year, including 185,000 who will be severely malnourished and in need of urgent lifesaving support. It is very likely that this projected number of severely malnourished children could increase 50 percent to 270,000 over the coming months.

The UNICEF and WFP representatives last week visited some of the worst-affected areas in the northern Puntland region, where the two agencies are delivering much-needed assistance.

“Huge numbers of Somalis have come to the end of all their possible resources and are living hand-to-mouth,” said Steven Lauwerier, the UNICEF Somalia Representative. “We have a small window of opportunity to avert this looming catastrophe and save children’s lives and we are determined to work with all partners and stakeholders to succeed.”

The ongoing drought and other shocks have left communities with little to no resources to fall back on. Whole villages have lost their crops or seen their livestock die. The prices of water and locally produced food have risen dramatically, and thousands of people are on the move in search of food and water. The drought has also led to an increase in waterborne diseases with more than 4,000 cases of Acute Watery Diarrhoea/Cholera this year.

“Humanitarian assistance has saved lives in the drought-affected north over the past year, but as the crisis spreads we have no time to lose,” said WFP Country Director, Laurent Bukera. “Together with UNICEF and other partners, we are moving as quickly as possible to reach many more people with lifesaving support using every option we have, including cash-based transfers, specialised nutrition support and airlifting of relief goods.”

The agencies noted that humanitarian access remains worryingly limited in some drought-affected areas of the south, but that WFP and UNICEF are reinforcing their joint efforts to scale up the response in areas that are accessible, where millions of lives are at risk.

The agencies are responding together to the drought by providing food and water vouchers to hundreds of thousands across the most affected areas of Somalia as well as nutrition assistance. As additional resources are mobilised, this joint response will continue to expand in the most vulnerable regions.

Funds have been generously provided by international donors from Europe, Asia, North America and the UN system for life-saving services in nutrition, food security, health, education, water and sanitation.

With the growing needs, UNICEF and WFP together still require more than $450 million to be able to provide urgent assistance required in the coming months.

Previous: Norway scales up efforts to curb Somali drought
Next: System change will not be negotiated – Bassey 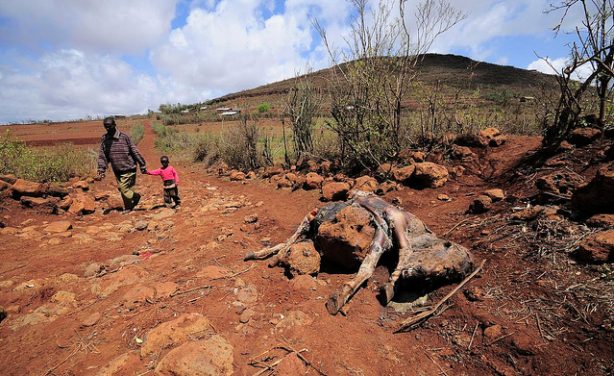 More than 1 million people are facing malnourishment in southern Madagascar as the country suffers ...