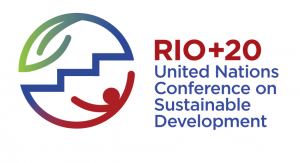 The United Nations General Assembly, at its 66th session a week ago in New York, adopted a draft resolution by the President of the General Assembly endorsing the outcome document of the Rio+20 Conference entitled “The future we want”.

The resolution comprised of only two main paragraphs. The first paragraph expressed “profound gratitude to the government and people of Brazil for hosting the Conference from 20-22nd June in Rio de Janeiro and for providing necessary support” and the second paragraph endorses the outcome document which was annexed to the resolution.

Following the adoption of the General Assembly resolution, Venezuela, Canada, Bolivia and the United States reiterated their reservations which they had expressed in Rio de Janeiro after the outcome document was adopted at the Summit on 22 June. Several other countries also expressed their views on the outcome document.

In presenting the draft resolution for adoption, the President of the General Assembly (PGA), Nassir Abdulaziz al-Nasser, said that Member States had their work cut out for them and that by adopting the resolution, a new chapter was opened.

He said that the outcome of Rio+20 was not an end but presented a new beginning and had defined a new vision of development for the future, which would be equitable and inclusive and take into account the limits of the planet. He said further that what was important now was implementation (of the commitments made at the June Summit).

The PGA said that a number of processes had been launched in Rio and that the General Assembly (GA) will continue to play a central role in sustainable development.

Referring to the decision in the outcome document to establish an inclusive and transparent intergovernmental process on sustainable development goals (SDGs) to be agreed to by the GA and for an open working group to be constituted no later than at the opening of the 67th session of the GA, the PGA said that the Permanent Representative of Brazil to the UN in New York (Ambassador Maria Luiza Ribeiro) will lead this process.

Apart from the SDGs, the PGA also outlined other important outcomes from the Rio+20 Conference including decisions to establish a universal intergovernmental high-level political forum to follow up on the implementation of sustainable development; to establish an intergovernmental process under the GA for an effective sustainable development financing strategy; for a facilitation mechanism that promotes the development, transfer and dissemination of clean and environmentally sound technologies; and the adoption of modalities at the 67th GA for the convening in 2014 of a third international conference on Small Island Developing States (SIDS).

Ion Botnaru, Director of General Assembly Affairs, told Member States before the adoption of the resolution, that the Rio+20 Conference outcome could give rise to additional resource requirements. He said that consultations would begin with all stakeholders to determine how the decisions would be implemented, following which the Secretary-General would submit a detailed report on programme budget implications to the GA at its upcoming session.

Following the adoption of the resolution, several countries took the floor to make explanatory statements, express their reservations or make general statements.

Nauru, representing the Alliance of Small Island States (AOSIS), welcomed efforts to assist the SIDS and said that the next SIDS conference would provide an opportunity to take stock of what has been achieved and what more needs to be done. It also suggested that SIDS be adequately represented in the working group to develop the SDGs.

Comrade Ihonde at 80: Creativity and organising for change – Bassey

Today, we have the rare privilege of sitting at...