In Banyakole tradition, members of the Abitira sub clan believe that they descended from a common ancestor with frogs. The age-old tradition, however, does not mean that members of this clan are frogs. Rather frogs are their totem. 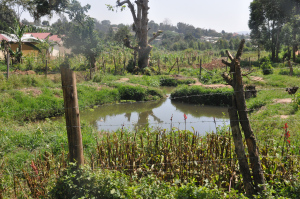 Most Ugandans get their water directly from swamps, streams, gravity flow schemes and springs and wells. Such water may contain worms, protozoa, bacteria and viruses that, if consumed, can cause hepatitis, typhoid, cholera and diarrhea.

The Banyankole are one of the several major ethnic groups in Uganda. They live in south-western Uganda. Each of the Banyankole’s dozens of clans and sub clans regard a living thing such as an animal, amphibian, a bird or plant with special awe.

Victor Tibihika of Rwakaringura in Kizinda, Bushenyi district is one of the many members of the Abitira sub clan. She believes she is of the same blood with frogs and can never do anything to harm them.

Through their beliefs and cultural practices, Tibihika and several other members of her sub clan protect and conserve frogs and their habitats such as swamps and ponds.

Buryahika Edgar, a cultural researcher engaged in writing a book on Ankole clans and their origins, credits Banyankole forefathers for this.

“Despite their illiteracy, our forefathers conserved the environment they depended on through traditional African beliefs and practices. But the current generation which is literate is doing the opposite.”

There are several other cultural practices in Ankole that were deliberately meant to protect and conserve water resources.

Perhaps some of the outstanding cultural practices included: the communal excavation of water wells and springs locally known as Okutimba Eiziba; communal desilting of wells known as Ofukura Eiziba and collective erection of a hedge of protection around the wells known as Orugo.

Everyone regarded it as a taboo not to participate in these communal cultural practices. But for the people that refused to take part in this work, they would be asked to pay fines set by communal courts. Such fines included buying or brewing local beer that would be drunk communally.

Geoffrey Mahooku Kaparaga, an advocate of Banyankole culture, says that such cultural practices, some of which are still practiced now in Banyankole communities, highlighted the importance of water and its cleanliness to the people of Ankole.

“Our culture defined how we would relate with water, preserving it for the future generation.”

Perhaps if such cultural practices were still widely practiced now, pollution of wells and springs in this region of Uganda would not be a problem.

Disturbingly, environmentalists say up to 99 percent of surface water sources such as wells, springs, streams, lakes and rivers in this region are contaminated with several pollutants including faecal matter and agricultural wastes. Such water may contain worms, protozoa, bacteria and viruses that, if consumed, can cause hepatitis, typhoid, cholera and diarrhea.

According to UN Water, every year, more people die from unsafe and contaminated water than from all forms of violence, including war. Most victims are in developing countries like Uganda.

Ian Atamba, an environment and agriculture specialist working with the agency that oversees forests in Uganda — NFA notes that there is an urgent need for a cultural turn to Integrated Water Resource Management (IWRM) saying that this would conserve water for the future generations.

“Environmental conservation that devalues indigenous knowledge, traditions and norms of the benefiting communities is not sustainable.”

This story was produced under the aegis of the CSE Media Fellowships Programme for the Global South. 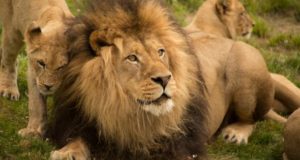